Basking in the after-glow of Emirates Team New Zealand’s triumphant defence of the America’s Cup, the waterfront bars and eateries strung around Viaduct Harbour and Wynyard Quarter were doing a brisk trade in the golden autumn weather, whenever I headed out for a revitalising stroll. Auckland’s centre of gravity, it’s heart and soul, comes with a waterfront view, whether you’re overlooking Westhaven Marina or at Britomart. An essential dining destination to savour is Homeland, which is far more than just an eatery, but a self-described food embassy. It is an edible billboard for terrific food, encompassing a dining room, cooking school and innovation hub. Headed up by Peter Gordon and Alistair Carruthers, this radiant venue embraces New Zealand producers, teaches people to cook, is a staunch cheerleader for buying local and promoting local producers – even assisting them with direct consumer marketing.

Some of the current suppliers they are spotlighting include The Taipa Salt Pig, who have perfected organic and sustainable salt harvesting from the waters of Taipa, Northland. Then there is Cloudy Bay Clams, Niue Honey, Chatham Islands Paua, Tonga’s Heilala Vanilla and Hāngi Pork Belly. The pork is cooked in a hāngi pit at Rewi Spraggon’s base in Bethells Beach, before being warmed in Homeland’s wood fired roaster. I savoured the hāngi pork belly for brunch, as part of my delicious corn fritters dish, complete with stewed apple. https://homelandnz.com/

When visiting the city, you should also seize the opportunity to dip into Iconic Auckland Eats, a daring compilation of 100 signature dishes, as voted by Aucklanders. The variety is astonishing, from food trucks and farmers markets to fine dining, spanning the breadth of Auckland’s geography and catering to all budgets. A star specimen on the hit list is Ahi’s Te Mana Lamb & Cheese Savoury. Crispy, as light as a feather and with a rich pastry, the slow cooked Te Mana lamb is lightly bathed in a delicious jus and topped with mozzarella cheese. Open just over 6 months, Ahi Restaurant takes pride of place in the glittery retail and dining precinct of Commercial Bay, under the helm of Ben Bayly and Chris Martin. 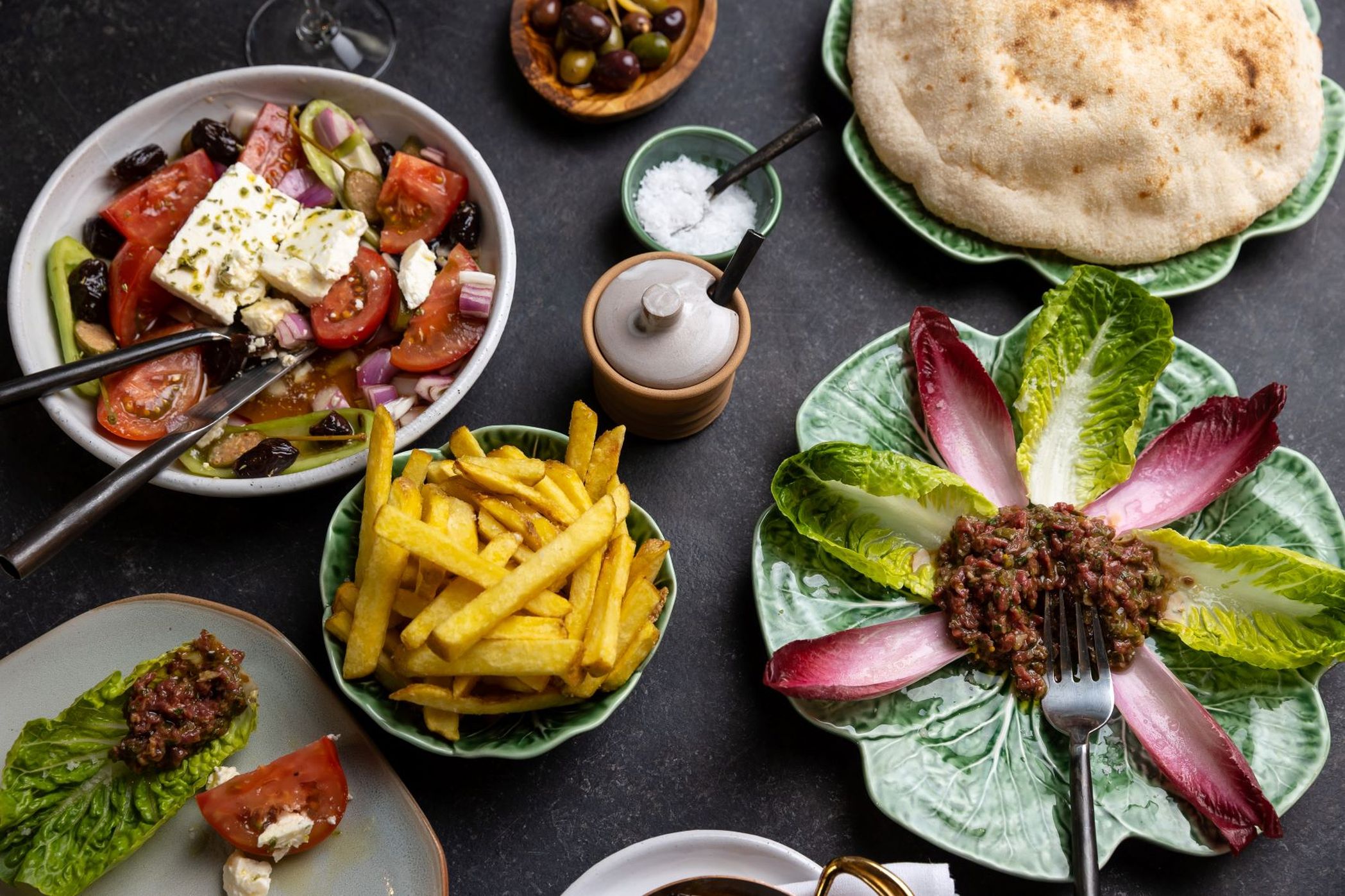 You’ll probably know Ben from his TV show, A New Zealand Food Story, where he scoured the nation for the best produce we have to offer. Ahi’s menu has been crafted like a culinary hymn of what it means to be home, championing the diversity of Kiwi growers and producers. It’s a classy but casual venue overlooking the harbour, with a wickedly inventive menu of snacks and share plates, fusing incredible ingredients. Beautifully furnished, I loved the swamp-kauri furniture and West Auckland ceramics. Try the flamed Japanese quail: a crispy spiced leg with cauliflower, coriander and cabbage. Hāngi Pāua was another revelation, with smoked kahawai and sour cream. The Auckland Island Scampi Hotdog was another sizzler. A trip to Ahi will make your taste buds sing. https://www.ahirestaurant.co.nz

Another beloved venue to score a slot in Iconic Auckland Eats is Al Brown’s Depot Eatery. This Federal St mainstay is feted for its turbot sliders with pickled lemon mayo and watercress. (They’ll swap out the turbot for snapper, if they’re short on supply, to fill their fluffy little buns.) Pouring over the menu, I was involuntarily reduced to dribbling in awe, so I also ordered up their moreish potato skins and also the grilled brisket, which comes with pickled carrot, crème fraiche and peanuts. I’m in love. https://depoteatery.co.nz/

Ice cream fans? For a sweet treat on the run, Giapo is a gob-full of goodness, where it’s all about expressive ice-cream, with wackily inventive shapes and creations. A trip to Te Papa inspired Giapo’s Colossal Squid cone. There’s the Sky Tower cone and unusual flavours like Aperol Spritz, Steamed Pudding or the Blackberry Mustard Sorbet. https://www.giapo.com/

Out west, I headed over the Waitakere Ranges to marvel at the wave-lashed West Coast beaches and to stretch the legs. From Piha, I set off on the Kitekite Falls walk, which has been upgraded with boardwalks, so you can enjoy the best of the bush without harming the kauri trees that have been under siege in recent years from Kauri dieback disease. Working up quite the appetite, I ventured to Little Creatures, a seriously impressive hoppy venture in Hobsonville. This is the New Zealand satellite of the Freemantle-founded craft brewery, which has grown to be Australia’s most successful craft beer. Little Creatures has been operating for two years in Catalina Bay, which is not just a gorgeous waterside venue but a cradle of aviation history. The old World War II-era Sunderland Hanger is now occupied by Little Creatures, a social meeting point for Hobsonville locals and wider pleasure-seekers, where great beer and warm hospitality awaits.

It’s a stirring venue, like a vast beer hall in a hanger, complemented with some secondary spaces and the evocative Kitty Hawk bar which pays tribute to the aviation history, period-furnished to conjure the impression of walking into an Officer’s Mess-styled 1940s’ bar. Little Creatures is also very family-friendly, with plenty to keep the kids occupied. I ordered up a tasting paddle and the highly “sessionable” Catalina Lager was my runaway favourite. The restaurant menu is expansive, spanning pizzas, salads, share plates and sinfully good burgers, whether you want to dine-in or takeaway. https://littlecreatures.co.nz/

I’m a huge fan of the QT Hotels brand. Their very apt motto is “Expect the unexpected” fits the bill perfectly at their Auckland establishment, perched in a primo location neighbouring Viaduct Harbour. QT Auckland has only been open since November but has fast cultivated a dazzling reputation for its stylish design, superb cuisine and swanky libations. It is contemporary, quirky and utterly individualistic. The lobby is a masterclass in striking first impressions, where I was greeted with effervescent, welcoming staff, a fanciful sculptural artwork of dangling glass orbs and that exciting sense of somewhere a little bit glitzy and a whole lot of fun. Pleasure-seekers will be in seventh heaven with retro wall-mounted mirrors, a rich blend of textiles, throw rugs and radiantly-coloured cushions. The glorious glassware and glass-blown lamps have been created by Taupō company Lava Glass.

My supremely comfortable king bed could have cured any passing insomniac, particularly after a languid soak in my free-standing bathtub. Whether you’re staying in-house or not, the food and drink offerings are the real star feature. A-List chef Sean Connolly is directing food and beverage (of Sky City's The Grill fame) including the ravishing restaurant, Esther, a Mediterranean-inspired eatery named in honour of his grandmother. The open country-style kitchen is light and bright, with pops of colour, as if you’ve wandered into someone’s designer home. Front and centre is the shiny wood-fired oven, which resembles a gilded urn, pumping out primo pizzas and breads. The menu beats to a share-plate tempo, with the accent on locally caught seafood.

Be sure to nosh on the lamb souvlaki, the taramasalata with salmon caviar and chives– and best of all, the baked and sizzling saganaki (Greek cheese) with honey and thyme. It is irrepressible, guaranteeing you will return to Esther for an encore serving. Waiting staff add plenty of theatrical flourishes to proceedings. I loved watching our neighbouring diners being presented with a colossal salt baked Leigh line caught snapper. It was quite the ceremony. After dinner, there’s the cherry on top six floors up, the QT rooftop bar which has been a hot ticket this year, with soul-stirring views across the harbour and the super yachts, as you work your way through the divine cocktail menu. For a city-break with wow-factor, QT Auckland has fast stamped its mark on the city as a new darling. https://www.qthotels.com/auckland/ 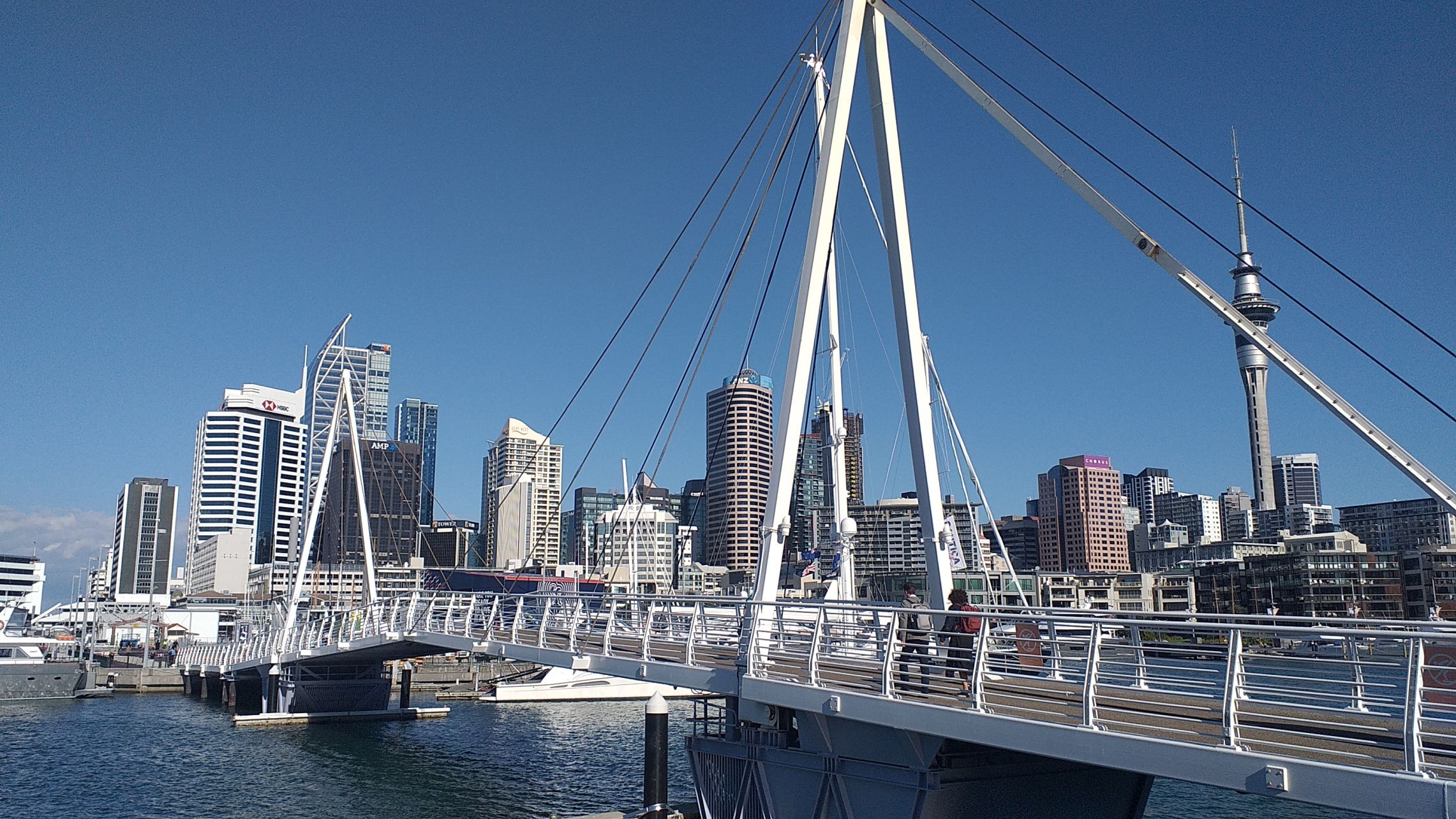 While I was in Auckland, I checked out the latest entrants in the city centre’s repertoire of attractions, which have taken up residence in the Sky City precinct. Open just four months, the All Blacks Experience is a cutting-edge, one-of-a-kind showcase of the All Blacks, the Black Ferns, and our other national rugby teams in black. As a joint venture between New Zealand Rugby and Ngāi Tahu Tourism, this is far more than a static museum experience, with a stack of interactive features. You get a real sense of being transported into the cauldron, from sitting in the changing rooms before a test match while the coach belts out his final orders and running onto the playing field.

The most extraordinary high-tech experience is finding yourself transported to the middle of a mock rugby field in a sold-out stadium, standing just behind the centre-line, literally coming come face-to-face with a four-metre-high haka, performed by the entire All Blacks team. Spine-tingling doesn’t even start to describe the power and passion of the encounter. The 45 minute guided tour is also enriched with plenty of first-hand stories from legends of the game, and a chance to try out your kicking, catching and lineout skills against today’s All Blacks and Black Ferns, in the brilliantly designed interactive zone. There’s also plenty of memorabilia on show, from Jonah Lomu’s rugby jersey to the Bledisloe Cup. Put it on your must-do list. https://www.experienceallblacks.com/

If you’re visiting with kids, they will be particularly agog by the neighbouring attraction, Weta Workshop Unleashed, which has also recently opened in Federal St. It’s a journey through Weta Workshop’s creative process, exploring the worlds of horror, sci-fi and fantasy in the making. The 90 minute experience is fabulously escapist, loaded galore with monsters, giants, robots and very trippy displays. You can also take the opportunity to go DIY with special effects make-up, learning how to create hideously convincing wounds with silicon gels and makeup in their Horror FX Workshop.  Their Leather Workshop allows you to create your own keepsakes from genuine leather. Unleash yourself with the Weta Workshop wizardry! https://www.wetaworkshopunleashed.com/

From world-class shopping, dining and entertainment to beautiful islands, native bush and black-sand beaches, Auckland’s chocolate-box of city-break options and experiences spans all tastes. Make your first port of the call the official website. https://www.aucklandnz.com