New Zealand is known as paradise for tourists to visit.

From our stunning beaches to thrill-seeking adventure centres and our glistening snow-covered mountains, Aotearoa is always high on the list for holidaymakers.

We often hear that Kiwis are some of the most laid-back people in the world and will go above and beyond to make tourists' and foreigners' time here in our land that much better.

But there are a number of things tourists are baffled by when they come to New Zealand, and Kiwis sometimes aren't aware of it.

Taking to social media, one Kiwi asked tourists:" What's a product you're baffled we don't sell in New Zealand from your home country?".

And the answers threw up a range of topics from food and drink, to habits and even how society works Downunder. 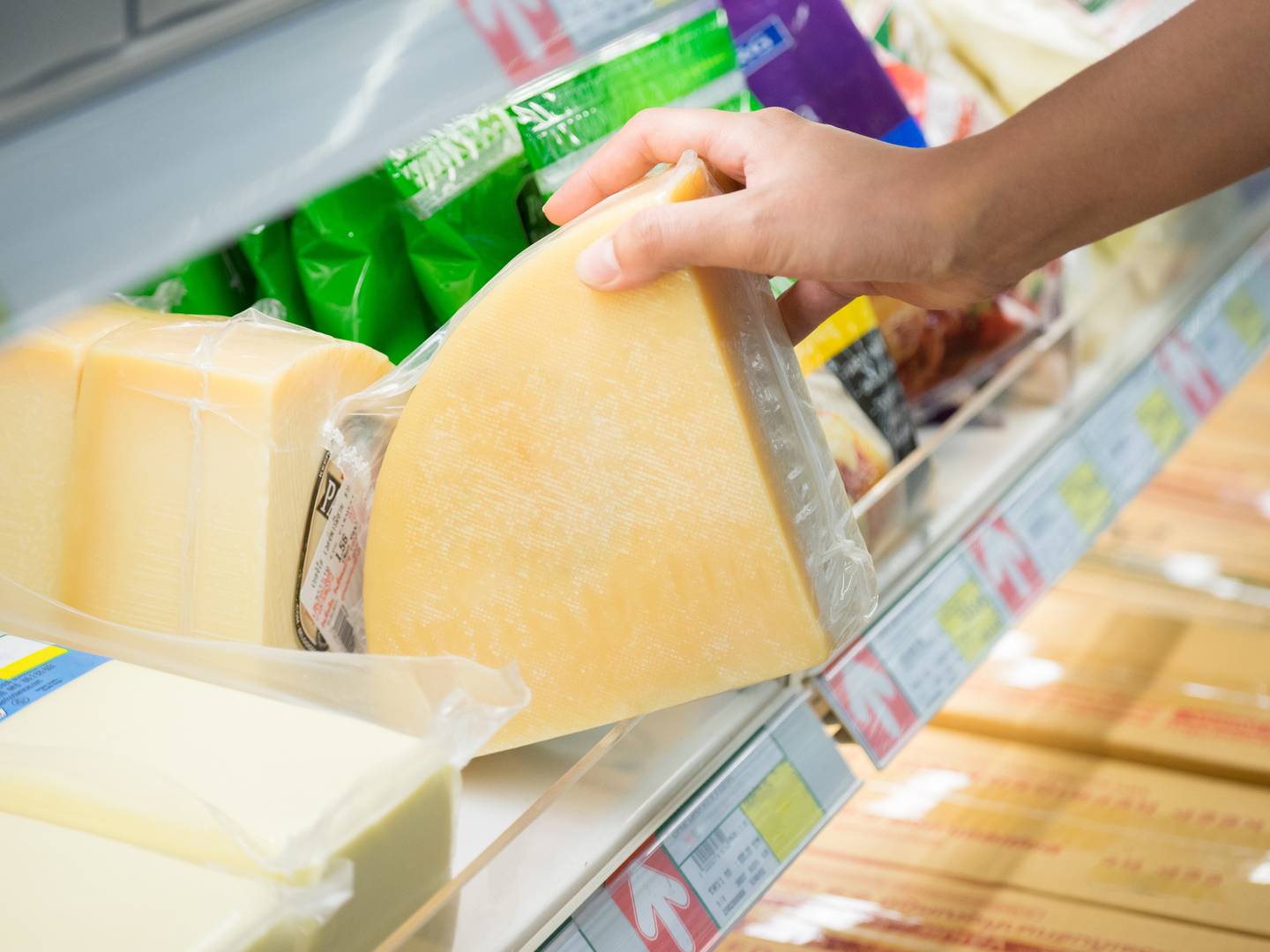 New Zealand is a dairy nation, but apparently our cheese is below par. Photo / Getty

A number of tourists were stunned at the lack of cheese options in our supermarkets, and in particular flavoursome cheese.

One of the complaints was despite being a nation that has a strong dairy industry, our cheese is bland.

"Was in Paris at a street market. The lady on the cheese stall looks at my All Black shirt and in perfect English says.... 'Ah, New Zealand eh? Land of Shit Cheese'." 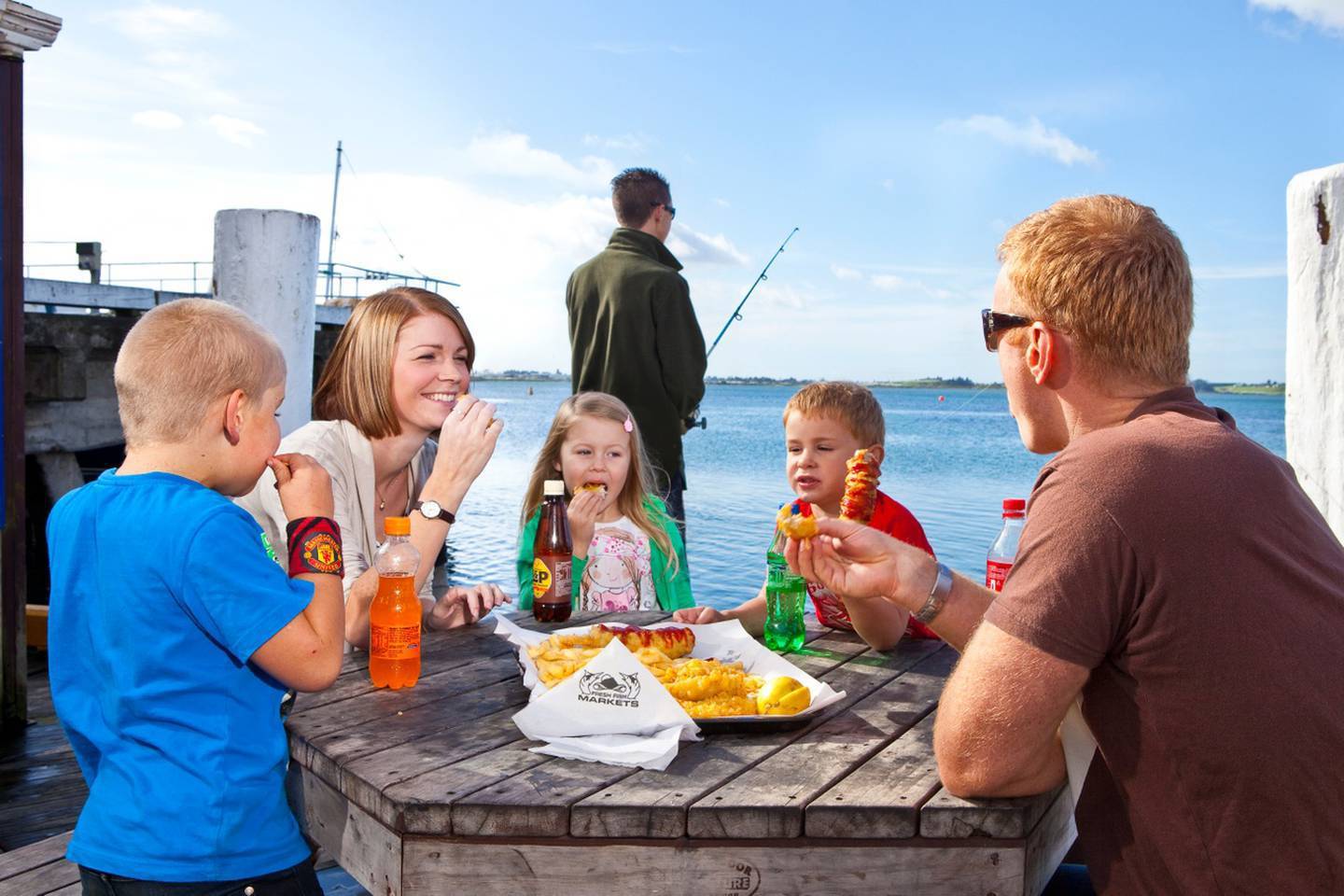 Tourists love our fish and chips, but say we are missing curry sauce and mushy peas. Photo / Bay of Plenty Tourism

While New Zealand has some amazing fresh-tasting fish, a common complaint is the lack of sauces, condiments and extras to go alongside your meal of fish and chips.

Curry sauce with your chips is a thing, and it's bloody delicious. If you're lucky then you'll be able to buy curry sauce from the Indian takeaway next door to the fish and chip shop.

Even then, mushy peas are missing.

It might be a UK thing, but a number of tourists have questioned those two delicacies not commonly on our menus.

According to some, New Zealand either has tiny bags of crisps or massive bags of crisps. We seem to not have a nice balanced option in the middle.

One foreigner turned resident wrote: "I miss normal-sized packets of crisps, you either get large bags or those small bags with 10 crisps inside. Where's the middle-sized bag that's everywhere in the UK/Europe?"

How many street food nights have you been to and they are at the underground car park at a mall that is closed by 7pm?

While the food truck market is taking off, some tourists wish street food was more accessible and available every day and not just on selected nights.

It also creates a nice atmosphere which many of our cities and towns are starting to lack.

"It'd be cool to see more of this, the food truck thing has been picking up, but it's still too hard to find them." 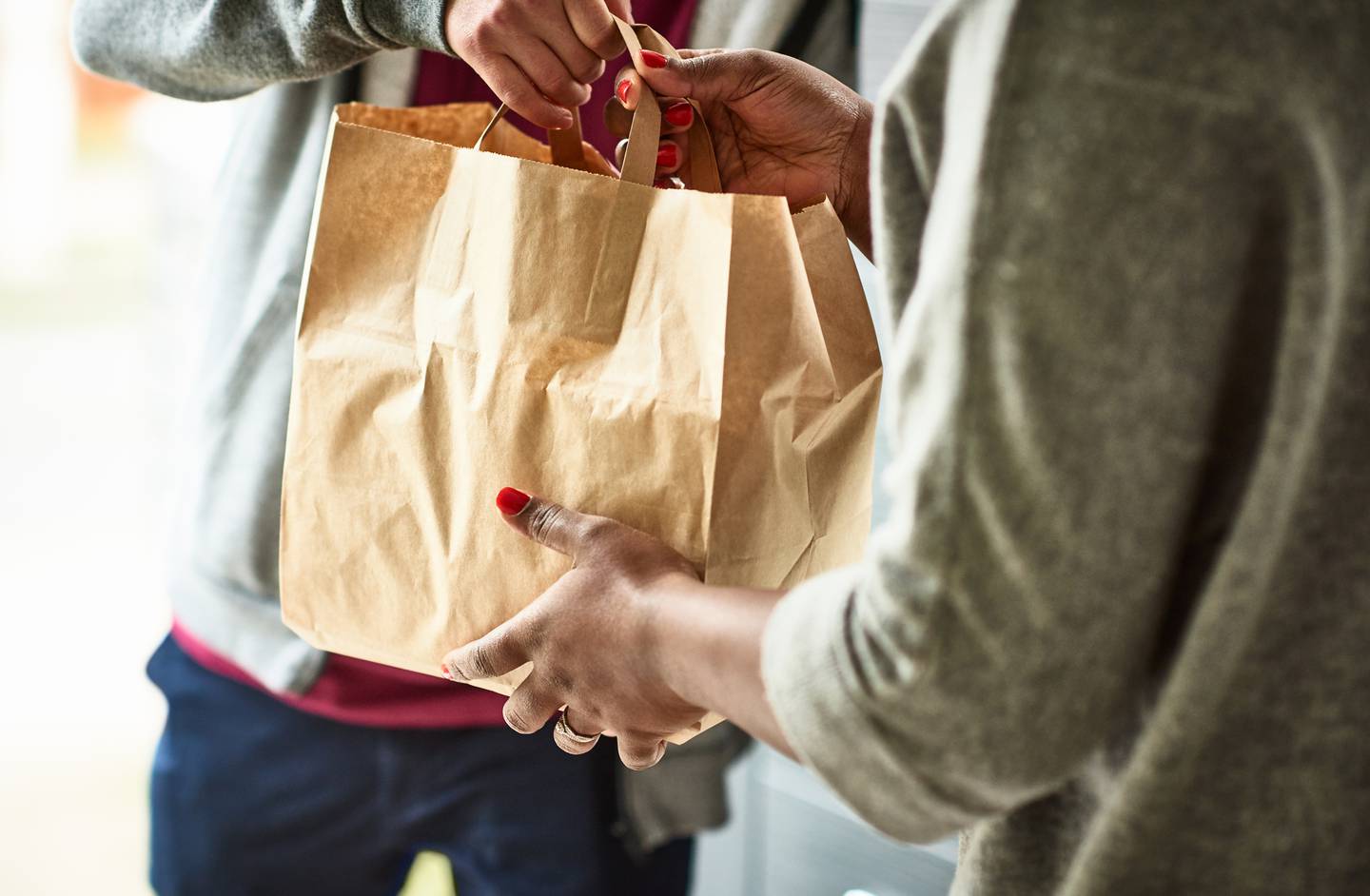 The introduction of UberEats blew Kiwis' minds. But apparently, we are miles behind the times.

One past tourist said: "Why the f*** can't I get an overly greasy kebab delivered to my house at 3am by a tired-looking guy called Steve?! Food delivery options there are atrocious and everything is dead so early."

Another backed up the first claim saying before the introduction of UberEats delivery just wasn't a thing unless it was Pizza companies.

"Food delivery without uber eats doesn't exist here. In Argentina, you can order anything at almost any time, even pasta and ice cream and have free delivery."

A lot of Kiwis wouldn't even think this was a thing, but one tourist pointed out the lack of beach kiosks selling drinks, ice creams and a wide variety of fruit.

"Star Fruits, Jabuticabas, Surinam Cherry, Graviola/Soursop, Guavas, Jackfruits, Cashews (the fruit), Sugar-apples (Sweet-sop), heard of them? … oh NZ you miss out on so much fruit is not even funny!" 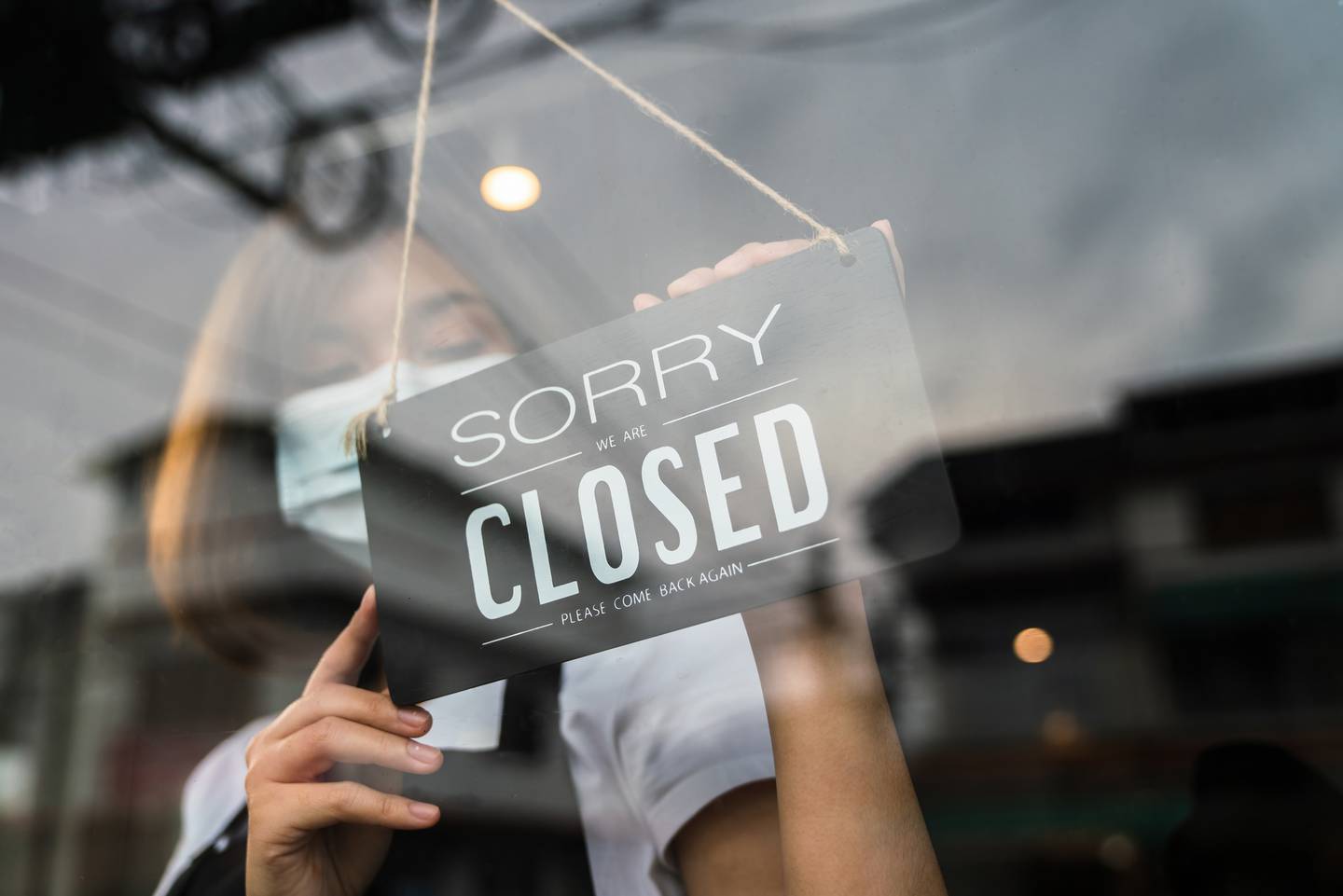 Businesses don't like to stay open late, unlike other countries where it is normal to have dinner after 9pm and go shopping near midnight. Photo / Getty

New Zealand as a society is build on getting up with the birds and getting stuck in, or at very least establishing a strict 9 to 5 culture.

Tourists, especially from Europe, struggled with the early close times and found themselves frustrated that kitchens were close by 9pm and shops shut hours before.

"Businesses close way too early in NZ. In Budapest, I found a cafe that was soundproofed and open as late as the bars were. I could get a coffee at 1am and read a book when the bars became too much. I saw someone getting a haircut at 9pm in Florence, you would never ever see that in NZ," one said.

Another added: "I miss living in Europe and the Middle East, as everything is open late, people go to the mall at midnight, dinner is 9 or 10pm, and people think you're odd if you just stay at home every night.

"To be honest this is pretty normal globally in the main centres, NZ is the odd one out." Tourists love New Zealand. But there are a number of things they are baffled by when they arrive here. Photo / Getty

This could be a UK thing, but a number of tourists were stunned at the lack of pubs in the suburbs.

"Neighbourhood pubs on the corner of the street, where locals get together for a pint and some banter. In NZ everywhere is completely dead if it's not the CBD," one said.

However, Kiwis have defended this by pointing out New Zealand's "abusive relationship with alcohol" and its binge-drinking culture.

No, not the illegal kind! But legal over-the-counter drugs.

Tourists have been stunned at the lack of range and how difficult it is to get hands-on medication for basic issues.

They're also baffled that we haven't taken on brands that are highly effective overseas.

"I've lived here almost 14 years – but I still don't understand why NZ has yet to discover the wonder drug that is Pepto Bismol. For anything from heartburn to hangover to diarrhoea, that pink, chalky, syrupy goo works f***ing gastrointestinal miracles," one declared.

A number of tourists also found it strange chemists don't sell things other than drugs.

It might surprise some Kiwis but in America, you can buy drugs, food, alcohol, flowers, toys, and hardware from chemists. 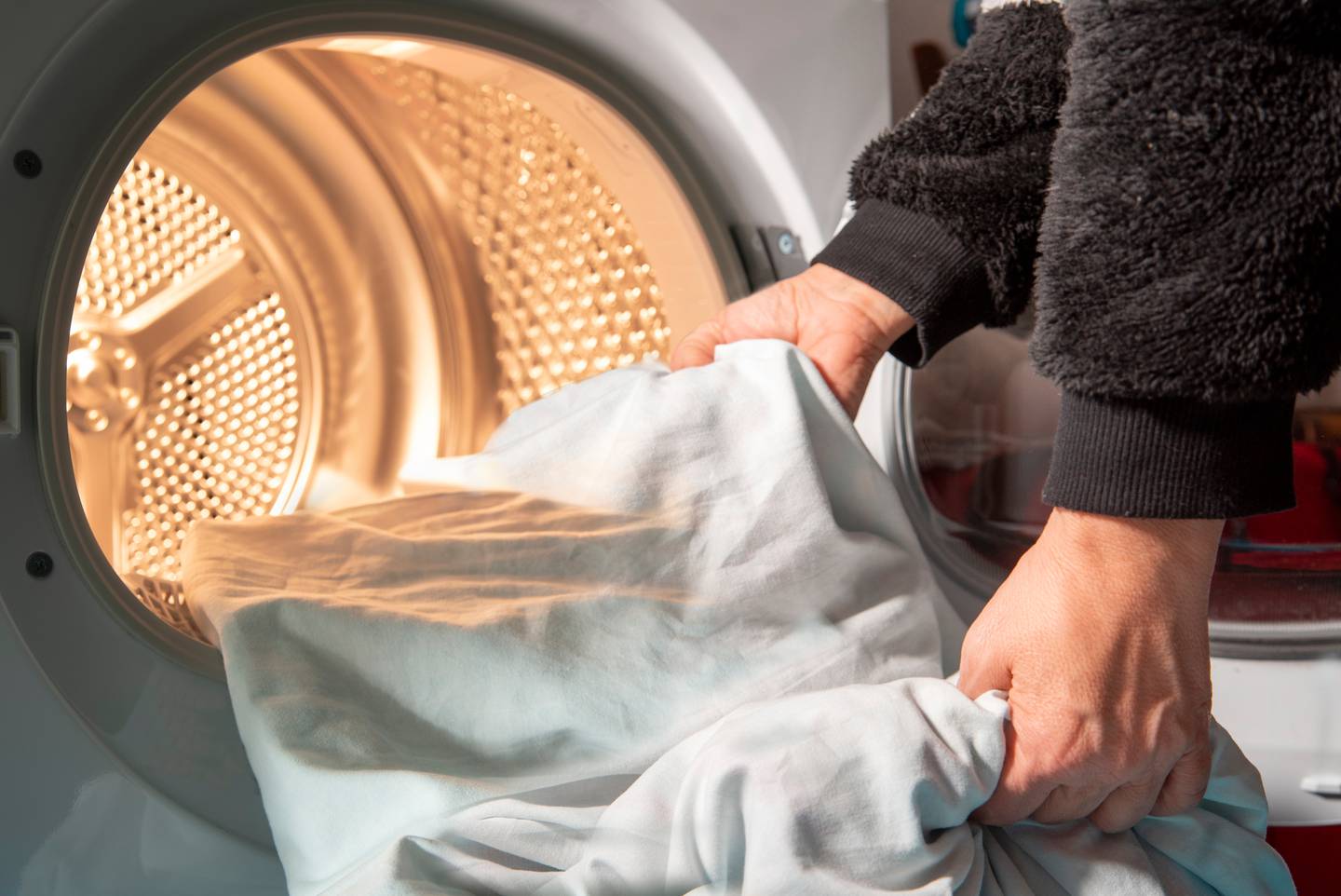 "It surprised us how uncommon clothes dryers were in a country with famously unpredictable weather. We had to devote more of our 2-week vacation to waiting for clothes to dry than we anticipated."

Well, it surprised me too. Come to think of it, not a lot of houses or accommodation are guaranteed to have one.

Maybe it's the power bill, maybe it's our love for a clothesline or clothes rack.

Tech issues can occur while on holiday. When overseas if you are an Apple user and you're having issues then you can pop on into the Apple store and seek help.

Unfortunately, there isn't one in New Zealand.

"I think the biggest one I'm completely baffled by is there being no Apple stores. Hasn't massively affected me or anything but I found that very baffling," one tourist said.