The Aussie pop star was brought in to front a $15million advertising campaign for her home nation, for which she recorded a single "Matesong" designed to entice UK tourists down under.

However just weeks after first airing over the Christmas break, the national tourism body has decided to hit pause on the three-minute music video. 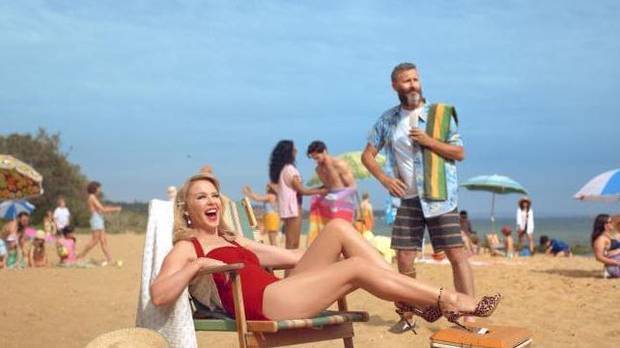 As Australia's bush fire crisis worsens it was decided that it was inappropriate to be advertising the destination during what has become the country's deadliest wild fire event.

24 lives have been claimed along with hundreds of hectares of land and engulfed entire communities, leaving people homeless during the Christmas holiday season. 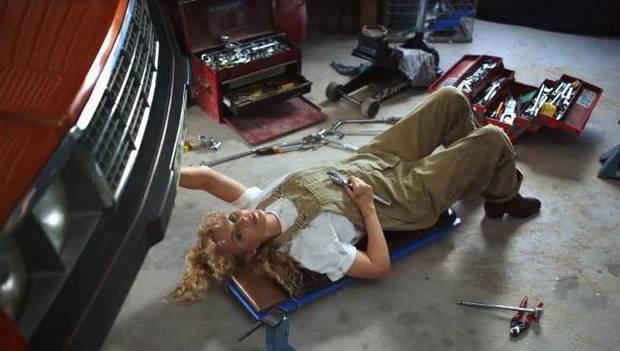 "The number one priority right now continues to be the emergency response to these devastating bushfires and the safety of communities and tourists in affected areas," a spokesperson for the UK branch of Tourism Australia told the Daily Mail.

"In light of the current situation in Australia, we have reduced some of our campaign activity in the UK," she said.

"We will continue to review our planned activity over the coming weeks and months."

"As the Australian Government agency responsible for attracting tourists to our country, Tourism Australia will have an important role to play in highlighting that Australia will continue to be a world-leading and safe tourism destination, whether in unaffected regions or those that will recover from these bushfires in the months and years to come." 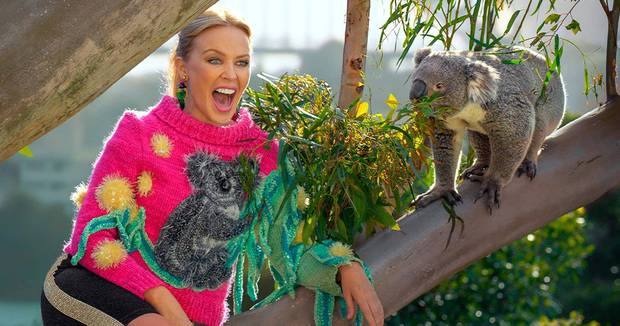 Kylie and Koalas: The Bushfires have damaged wildlife and communities in Australia. Photo / Supplied

The advert which was designed to lure post-Brexit Brits to visit Australia was filmed across a number of popular destinations including Byron Bay and Northern Territory's Uluru.
Rhyming "trade negotiation shocker" with "quokka", the music video riffed off timely humour for its UK audience but failed to see the growing bush fire crisis as a problem.

The UK based musician who rose to fame in the soap opera Neighbours described filming the video as "a dream come true," which gave her the "opportunity to see parts of the country I haven't seen before." The pop star admitted having never visited Uluru before the shoot. 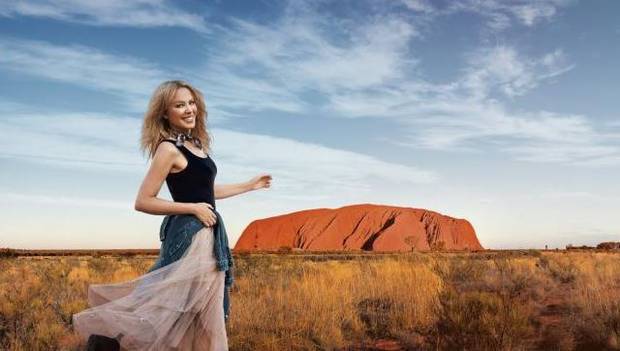 Kylie visited Uluru for the first time while filming the project. Photo / Supplied

However, the video which was filmed earlier in the year premiered on UK television on Christmas Day, at the same time as bush fires ravaged the country.

Though it was decided that the advert was no longer appropriate given the current crisis, Tourism Australia said that their "sympathies go out to the families and communities who are impacted by the fires," and parts of the country would continue to welcome tourists.

In a statement released following the advertising campaign, the tourism body said: "our gratitude grows stronger by the day for the front line services facing the fires head on."
"Whilst bushfires continue to impact parts of Australia, many areas are unaffected and most tourism businesses are still open. 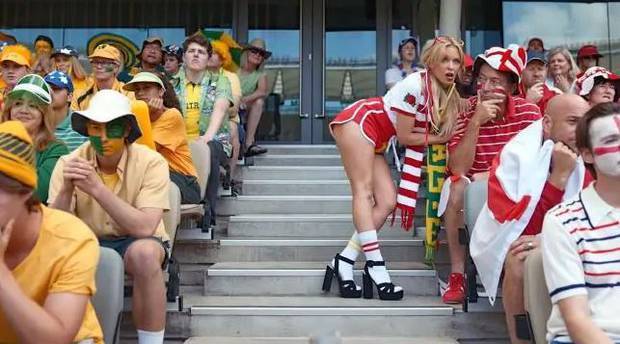 Kylie was brought in for the $15m advert designed to woo poms. Photo / Supplied

"It is more important than ever that we rally around our communities and the tourism sector who may have been impacted.

"We would encourage all travellers coming to Australia to seek the most up to date information prior to departure, and remain informed about changing conditions whilst on the ground."