Is visiting Australia as difficult as you fear? That depends on your direction of travel.

Arriving the recommended FOUR HOURS early for the 6am flight, I was determined to follow everything by the book. Carrying a laptop bag of printed vaccine certificates, Travel Declarations, itineraries and reservations - it felt like preparing for interrogation, not a holiday.

I was clearly taking it more seriously than others in the check-in line at Christchurch International.

The couple in front of me hadn't even filled in their Australian travel declaration (DPD). There was no ejection, no panic, "nah worries". They filled in the digital form on their phone. Five minutes later they floated, gormless into departures, masks tucked under their noses. 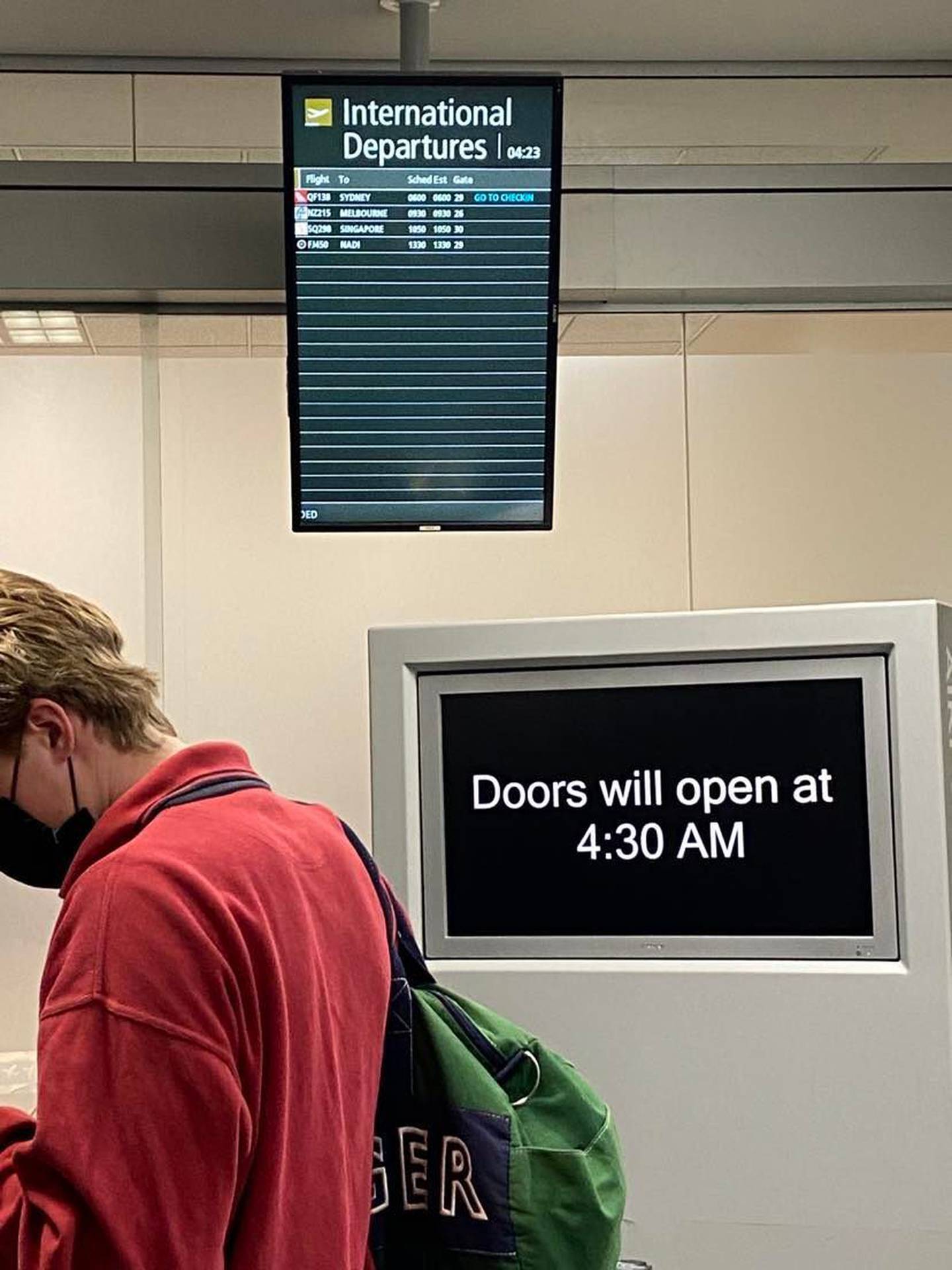 Waiting at the gates for the first international trip in over 2 years. Photo / Thomas Bywater

Flying into Australia was, in a word, easy. However, that's only one half of the story. Here's what I discovered from a return trip across the Tasman.

Like that famous Australian throwing stick, the difficulty is on return.

CHC to SYD: The way there

The plane was an aged yet experienced Qantas 737-800 and it was rammed. There was barely space for carry-on as Kiwi travellers got on the plane. Tiny plastic headphones, familiar smells and a tray of scrambled aeroplane breakfast gave a Proustian recollection of holidays past. Beyond the face coverings, very little had changed.

The first sign that we had lived through a pandemic wasn't until 3 hours later, after we had arrived on the runway.

We spent the next 40 minutes waiting for an air bridge so we could disembark.

"Qantas, spirit of Australia!" looped a chirpy Aussie voice on the plane's PA. It was an anticlimactic but appreciated return to international travel.

Australia's labour shortage among airlines and travel is public knowledge. After brutal "restructurings" during Covid-19 travel lockdowns, many are struggling to rehire. There's no shortage of demand but a lack of hands to regrow the industry. While other routes into the States and Singapore are back at around 70 per cent or 2019 capacity, the busy Transtasman links are taking longer to get up to speed. In spite of full cabins, New Zealand routes are less than a third of pre-pandemic levels, says Tourism Australia.

With more late departures, trouble returning lost luggage and sketchy regional links, it's a shortage you can sense passing through Sydney International.

After a short ride to my hotel my pre-ordered RAT was waiting for me. For now, these are still required by New South Wales. There was little prompting in the airport or reminders to take arrival tests. Self-administered and self-reported, these are taken at the traveller's own expense. It would be easy to see some forgetful arrivals disappearing into the city and not giving it a second thought. Heaving metro cars, busy public places, there was not a mask in sight. 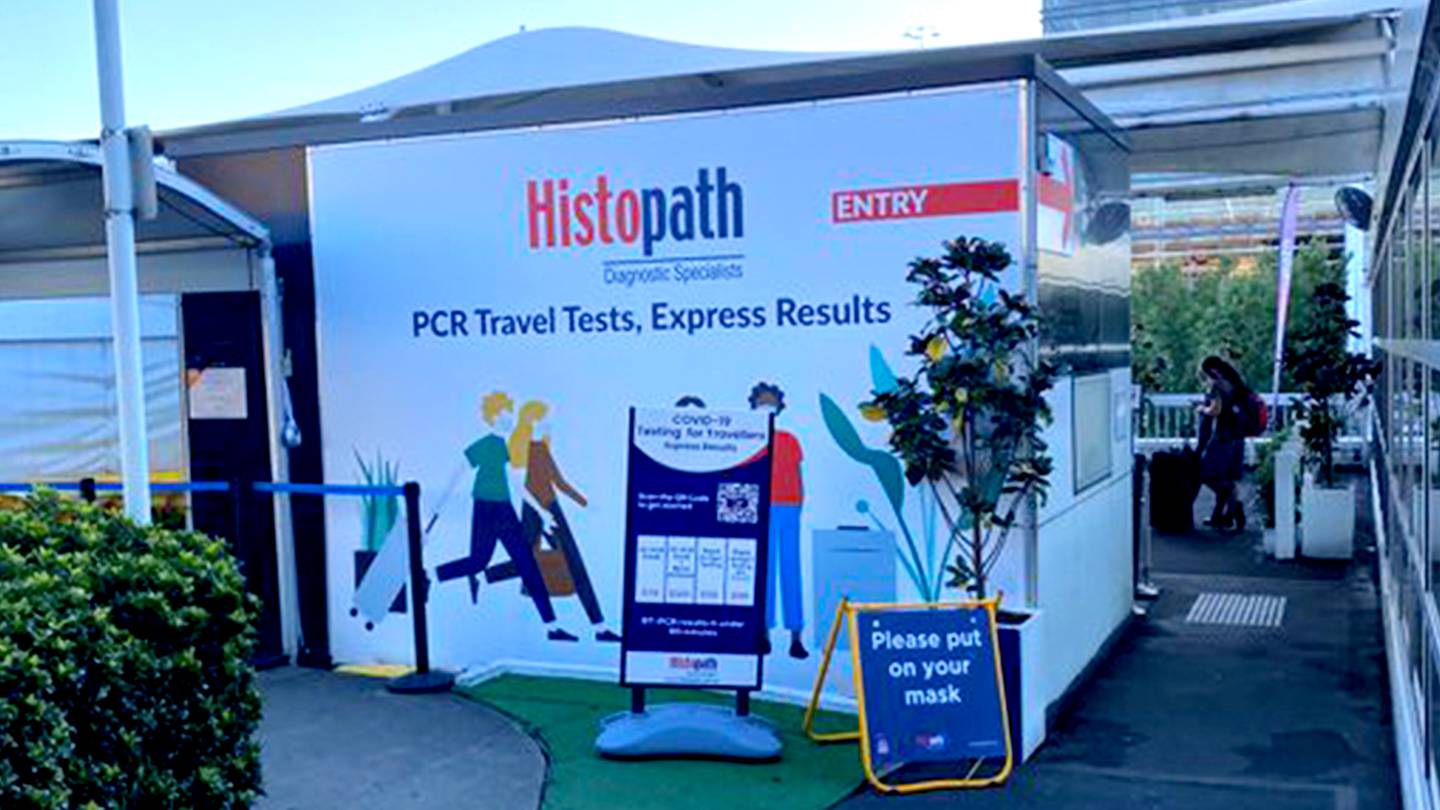 Pre-departure test: A quick stop on the way to international departures at SYD. Photo / Thomas Bywater

SYD to CHC: The return

Perhaps it was the comedown and end-of-trip malaise - but I was decidedly less upbeat about the trip back to New Zealand.

The main reason clearly was the pre-departure test.

The Travel Declaration which must be filled in by all passengers but cannot be completed until you get your test result. Preferably a negative one.

Having completed as far as I could (Hot tip: you can save a declaration to submit later) the thought of a supervised test turned my stomach. It wasn't the process of nasal swabs and spit guards but the uncertainty. What if it came back positive? Where would I isolate? When could I get back?

Of course, these are questions that the Covid-19 advice tells you to consider well in advance, but a positive result is something you can only plan for and hope not get. If you do get back bad news, you won't be able to fly. Unless your doctor can provide evidence that it is an historic false positive and you are no longer infectious. Yet another bit of paper to take with you.

As tests must be taken no more than 24 hours before travel (48 hours for a PCR) it is a constant dread that follows you to the beach and round your travels.

Arriving prepared and taking all precautions, I visited the Histopath Tent at Sydney Departures. A temporary marquee with rubber matting and spaced desks of health workers in full length scrubs and spit guards, it was a flashback from earlier in the Pandemic. Tests cost between $65-$88 on site. I had pre-ordered and they confirmed with my passport.

Like the proverbial cotton swab, I was in and out in quick order.

I joined a bank of fellow travellers uploading documents with laptops set up on carry cases and phone screens at the ready. With little aplomb, my Travel Pass was granted almost instantly.

Was it fast? Yes. Well run? Of course. But was it necessary? It's hard to say.

I'm underqualified to make that kind of judgement but Australia seems to think so. By comparison flying to Sydney was a breeze. 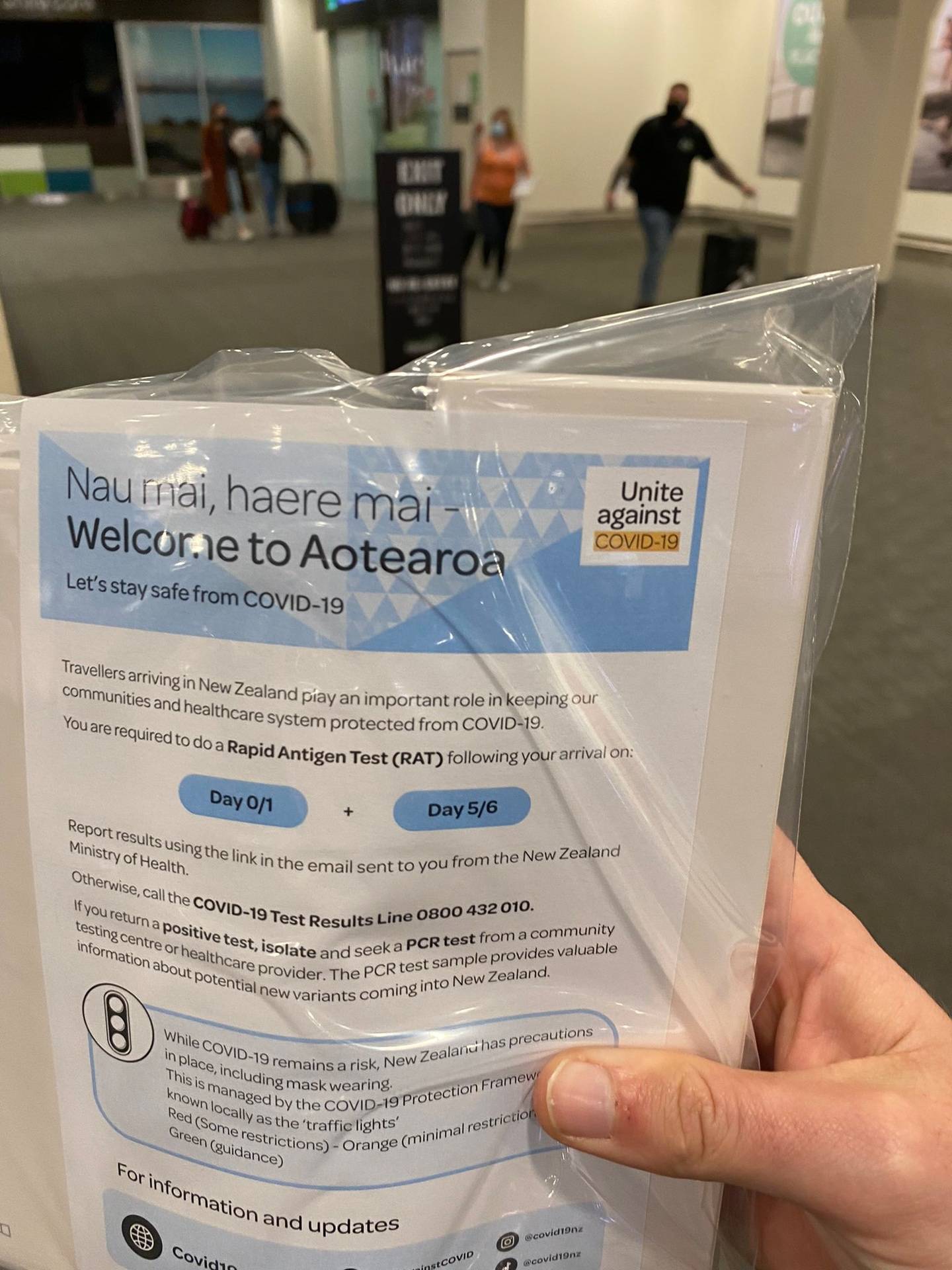 While in the cabin bound for Christchurch the PA delivered a "message from the New Zealand Government" and a reminder that "Covid-19 could disrupt travel with little notice".

I've always found the "time warp" described by visitors to parochial old New Zealand as a bit patronising. This time I felt it. Flying eastbound across the Tasman is like going back in time compared to Australia.

Passing through biosecurity and arrivals, a New Zealand customs and border worker handed me a 'Welcome Pack' of three RATs and instructions.

Kind, sincere but a bit outdated – it summed up the feeling that New Zealand is behind the times in its approach to reopening.