After living in Bali for a month, Kiwi traveller Bree Robertson decided to celebrate by booking herself a romantic getaway in an eastern village.

The only problem was, when she arrived, she discovered that the entire villa had long been abandoned.

"When you book an Airbnb in Bali and it's an abandoned building," wrote Robertson on a TikTok video that has since gone viral, with more than 3.5 million views.

"Completely overgrown," she added. "No one home. Smashed windows." 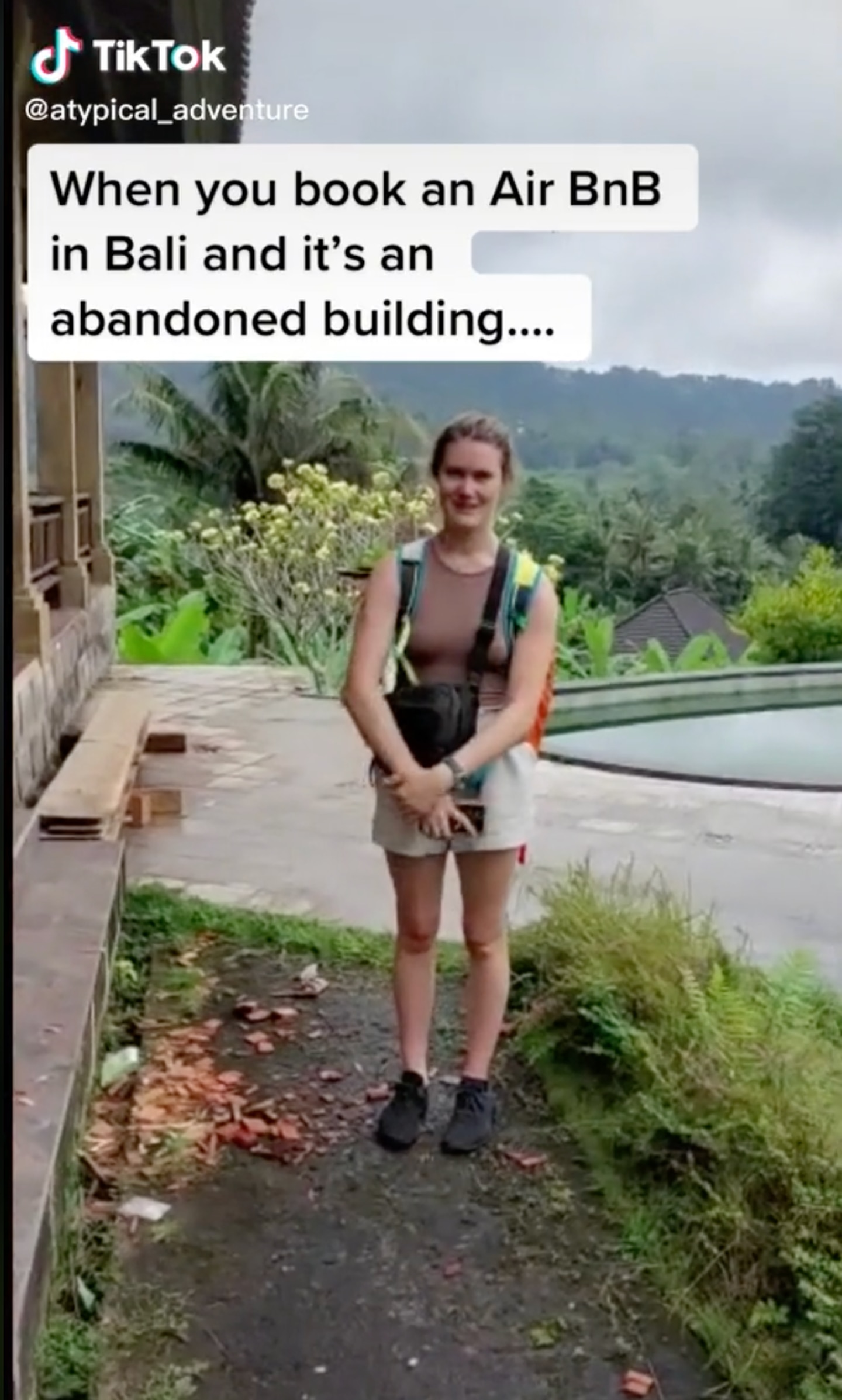 Robertson shared a video of the experience, which has had more than 3.5 million views. Photo / TikTok

The accommodation Robertson had booked with her partner was cheap but had received good reviews.

"The place was $80 … and had some great reviews," she explained in the video's comments. Not just on Airbnb but also other websites. However, these were from 2019.

"Airbnb also said the host had a response time of an hour so I assumed it was still open."

After taking a two-hour scooter ride in the rain to the villa, the couple realised they had ignored what should have been a red flag.

The accommodation was not only falling apart but totally deserted.

"It was sad to see because it was definitely the place in the photos, just all in disrepair," said Robertson.

After reporting the property to Airbnb's support team, they promised her a refund and later removed the listing from their website.

Robertson said she was still confused about how such a misleading listing could have gone live at all. Especially after the website claimed the host was online and responsive to guests.

However, the story isn't unique. Other viewers said they had been caught out, either by fake listings or those that had shut during the pandemic without updating listings.

"Ibiza is crazy right now. Half of the listed apartments/villas are fake stuff. Had 2 bookings that were fake," wrote one person.

"I always check the newest reviews," another wrote. "If they are older than a year I don't book there."

In response, Airbnb was sad to hear about Robertson's experience.

"We were disappointed to learn about this experience and provided our support to the guest at the time, including a full refund," an Airbnb spokesperson told The Post.

"We hold Hosts up to high standards and the listing is no longer on the platform. In the rare event something isn't as expected on arrival for a stay, our Community Support team is on hand 24/7 to help."