Lucky customers on a flight to Rarotonga last weekend were treated to a taster of Air New Zealand's new meals.

Travellers in Business Premiere were served up a preview menu on low-weight sustainable chinaware, while other cabin classes were given a preview of the revamped, bagasse service wear.

The new "sustainable service ware" will be used in all cabin classes, including Business Premiere and Economy. When the new sugarcane pulp containers are finally deployed in October, they will be replacing up to 28 million single-use plastic dishes and pieces of cutlery a year and reduce weight by up to a fifth.

More interesting than the containers were their contents.

Sustainability was one of several criteria for Air New Zealand's new menu, revamped for a return to international travel.

"We all know how important food is when travelling and what a difference it makes for our customers," said the airline's GM of Customer Leeanne Langrige.

In an effort to woo Premium customers onto their planes, food choice was identified as a secret ingredient in their battle with other airlines. The airline will be serving extra bites after takeoff, including a post-takeoff amuse-bouche with a Kiwi twist – "Koha from the Kitchen".

The airline has trialled a "build your own component" for the Premium business passengers, allowing them to add a choice of New Zealand produce to their plate. Customers will be able to choose between local ingredients such as Marlborough Salmon, or fresh vegetables from Gisborne and Manawatū.

Air New Zealand says it has also worked on a greater vegetarian offering for the meal revamp. 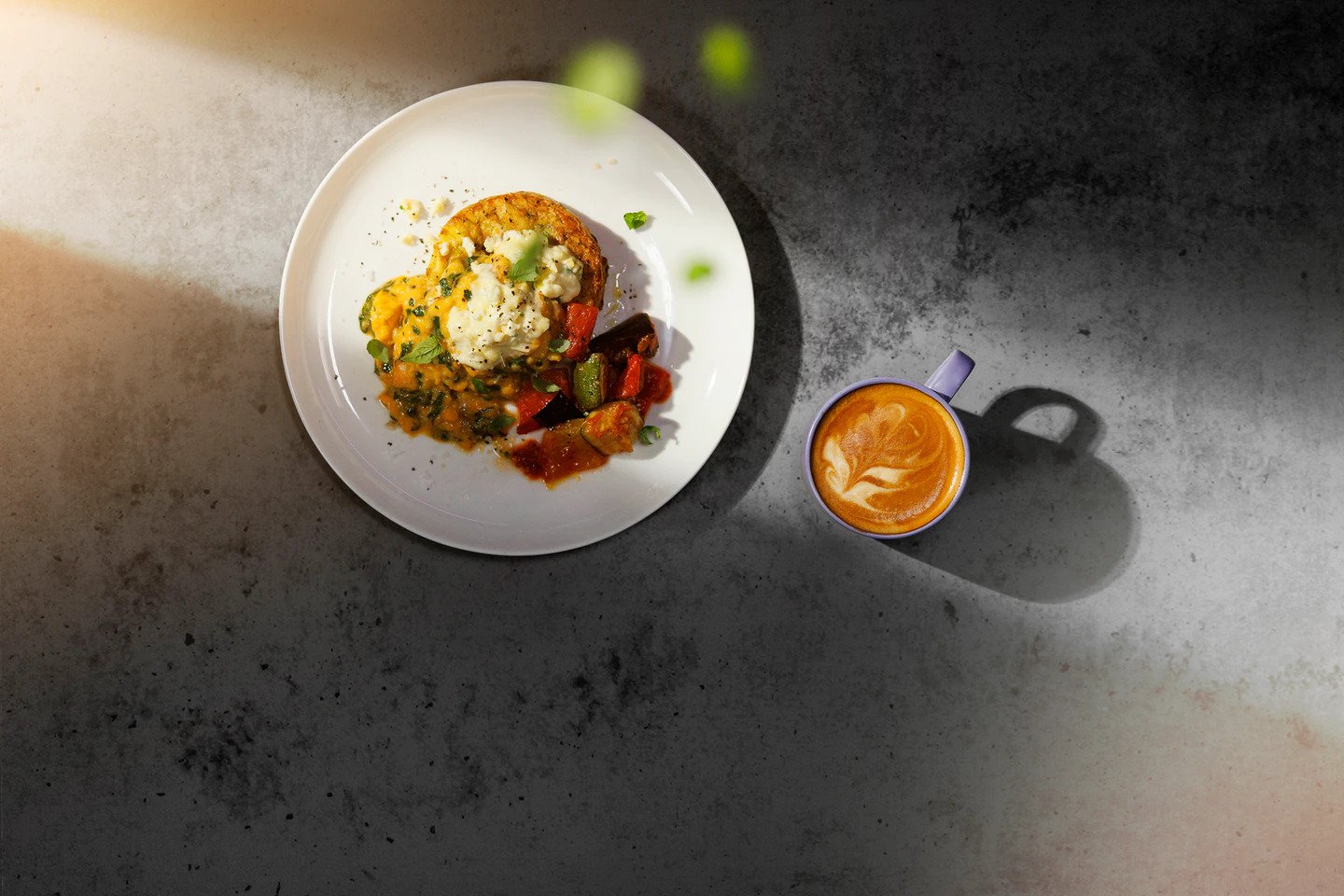 "Meals have to meet certain requirements for heating and assembling onboard, and at altitude in the drier aircraft environment, taste buds are suppressed by around 30 per cent, says Langrige "so we need to ensure all our food components are full of flavour."

The new meals and service wear will appear in long-haul cabins from mid-October.