The Queen shed a tear for Britain's war heroes at a Remembrance Sunday service as Britain fell silent.

Her Majesty was joined by Kate Middleton on the balcony of the Cenotaph in central London where she watched the traditional wreath-laying service.

Prince Charles laid a wreath of poppies on behalf of his 93-year-old mother as thousands gathered in Whitehall for the emotional ceremony. 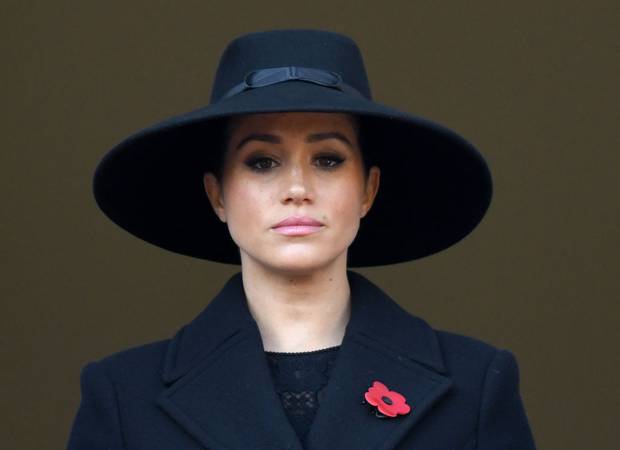 Meghan Markle arrived at the event with her husband Harry as the pair put on a show of unity alongside Prince William and Kate.

The Prime Minister, who laid a wreath with Corbyn, was seen leaving Downing Street today with his partner Carrie Symonds.

Hundreds of armed forces personnel are also in attendance alongside Cabinet ministers, religious leaders and representatives of Commonwealth nations.

The queen, dressed in black, watched from a balcony as her son and heir Prince Charles laid a wreath of scarlet poppies on the Cenotaph war memorial in central London.

A military band played as the politicians, religious leaders and diplomats from the Commonwealth of former British colonies laid wreaths on the Portland stone monument inscribed with the words "the glorious dead." The ceremony takes place every year on the nearest Sunday to the anniversary of World War I's end on November 11, 1918. 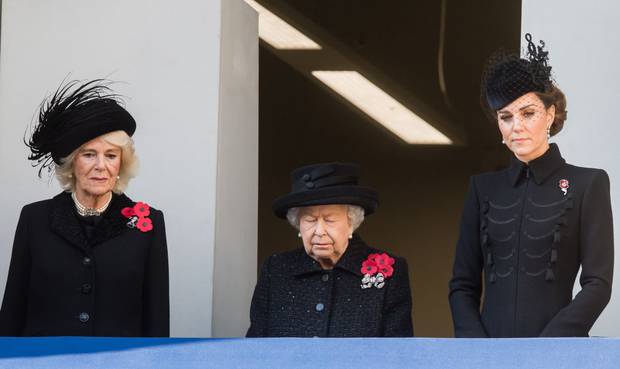 Former soldier Kate Kilpatrick was a fresh-faced private when her battalion was deployed to the chaos of East Timor following an independence referendum two decades ago.

The Australian-led international force was tasked with restoring order after a month of violent clashes drove 300,000 people from the territory. "We saw the heartbreak of the Timorese people," Ms Kilpatrick, now 41, told AAP on Sunday.

"But I was too young to fully understand how much the conflict would affect everyone involved." Memories of the peacekeeping operation flooded back during a recent journey to Dili for the 20th anniversary of the mission.

"I remember the anxious faces of refugees as they returned by ship," she said. "Wondering if their relatives who'd stayed behind were in the crowd, if they were okay." Ms Kilpatrick also learned more about the fledgling nation's struggle and her fellow soldiers' hard work during the military operation in 1999 and 2000. "I realised the impact of what we did over there more than I did as a 21-year- old," she said.

"I said: 'wow, look how we helped these people'." It's stoked the retired sergeant's passion for Remembrance Day, which she says many people forget to observe due to their hectic lives.

"It's about honouring the past sacrifices and those being made to this day," she said.

"War affects many people, service personnel, their families and others." "It doesn't hurt for anyone to stop for just one minute and think about that," she said.

The RSL is calling on Australians to "remember to remember" to pause for one minute at 11am on Monday, November 11.

To reflect on the service and sacrifice of current and former servicemen and women, and the families who stand behind them.

"But we wouldn't be such a lucky country if it wasn't for those who have served and who are currently serving."