You can take the lion out of the wild, but you can't take the wildlife out of the lion's enclosure.

One Auckland Zoo visitor has captured the surprising moment a lioness stalked and then caught an unaware pigeon.

The seven-second video posted to Reddit with the caption "Lion hunt captured at Auckland Zoo today" shows the lioness watching a pigeon sitting in the water before the natural predator runs towards the bird and successfully captures it between its teeth.

Taking the comment section, the poster of the video, Prismos Pickle Jar, said, "I saw this today at Auckland zoo. I viewed it from another viewing area, the lion saw the bird from the other side then circled up behind before pouncing. The bird had been eating the fish in the moat."

Adding, "I did not take this video, it was from another zoo guest who shared it with me." 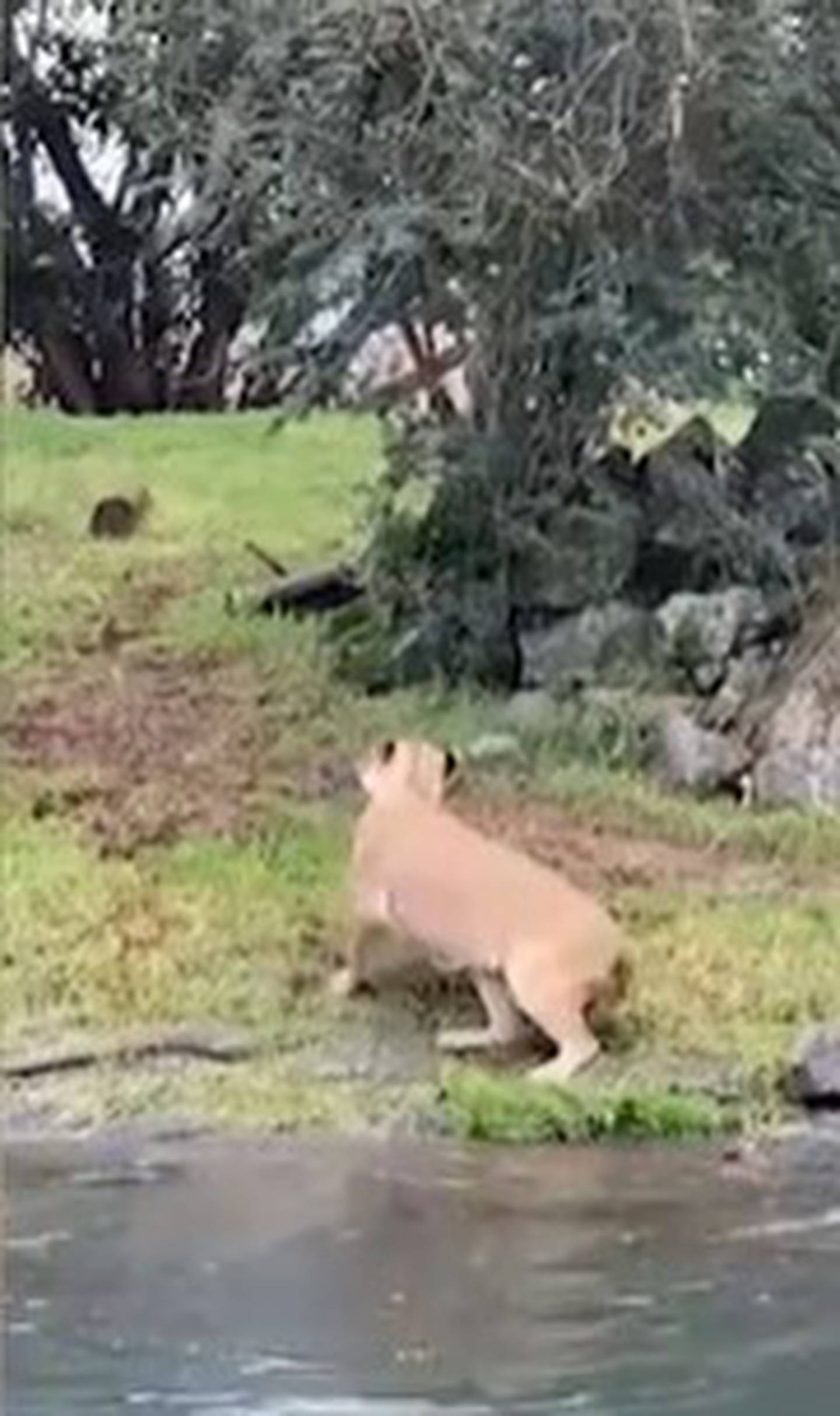 The lioness quickly caught the unsuspecting pigeon from the water. Photo / Reddit

The post which was uploaded to the forum last week has since received over 100 comments, many from people who poked fun at the situation.

While another commented, "I'm 28 years old. Out of all the times I've been to the Zoo the Lions were either hiding, sleeping under the tree or away at the vet." They then went on to say, "This footage is equivalent to spotting a UFO, congratulations!"

Meanwhile, another person added information about the lionesses and said they had only arrived at the zoo last September and are much younger than the other lions in the enclosure.

"The other lions, the brothers, were really really old so just sat all day like you say.
These ladies are way more active than the old boys. Of course they spend a lot of time sleeping as they're still cats but they're often catching birds, climbing the trees or playing with each other."

Auckland Zoo has since told the NZ Herald that while it's not common for their lions to hunt wildlife that land in their enclosure, their "females are still relatively young so if they are up and about and see something that might be fun to chase (just like domestic cats!) and it's not too much effort to catch, they will likely give it a go."

They went on to say their lions "are pretty opportunistic, especially when they are young" and although the zoo provides them "with plenty of enrichment to keep them stimulated and engaged, like any cat they may take the opportunity to hunt live prey if the opportunity presents itself".

Adding, "It is common for them to stalk and chase each other around their habitat during play which helps hones their hunting skills and they really enjoy."

As for the keen hunter captured in the video, the zoo's carnivore specialist said of their three lions, "Ilola [the female who caught the bird] is the only one who doesn't mind getting wet if there is something she wants that happens to be in the water, the other two would rather stay dry."