Well here we are, trying to get the WiFi working again.

Just when you think everything's humming along nicely, you install another smart device that just won't connect. Or working from home means you need better coverage in the attic where the kids can't find you. Or worst case scenario, you've moved and your old gear just doesn't cut it anymore.

Or really worst case scenario - your ex-partner was the one who had all the tech know-how and now you don't know why the internet isn't working.

Can there not just be something that basically sets itself up and above all else, works? Is that too much to ask?... 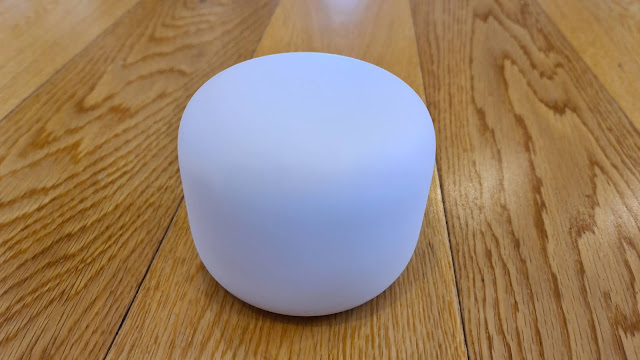 "What is that featureless white blob?" you may well be wondering. Believe it or not, it's a WiFi router and it may be the best one I've used yet.

The Google Nest WiFi router is not new. In fact, it's been available in many markets around the world since last year. It is new to New Zealand though and after using it for a week or so I'm pretty miffed we've been missing out for so long.

The Google Nest router takes what was already working pretty well with the original Google WiFi system and beefs things up considerably - which might seem surprising given this thing isn't much bigger than a softball. The claim is the Nest router offers up to 25% more coverage at up to twice the speeds of its 2016 predecessor and the really good news is, like the original, this is a mesh-capable device and it's fully backwards compatible with those original Google WiFi systems. 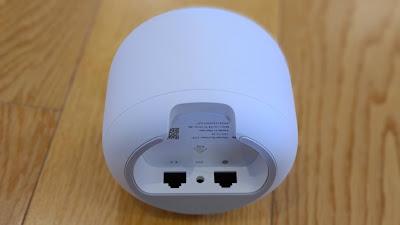 But let's keep it simple; plug it into your modem, power it up and look for it using the Google Home app on your phone. This is the same app you will have used to set up your Chromecast and any other smart devices you control with Google Assistant. From that point it's pretty foolproof; the app provides a few easy-to-follow instructions in plain language and a friendly font. Not only does the the Nest router fire up quickly, setup is done in just a minute or so. It really is the most efficient installation you could ask for.

In fact, if you're on fibre, Google has configured its New Zealand Nest devices to plug directly into the Chorus network terminal in your home, eliminating the need for a separate modem at all. You see, everything they do is focused on ease of use.

This end-user-first philosophy is definitely borne out in my real-world testing so far. When I first measured connection speeds they were fast but nothing to write home about. Except, they were fast everywhere - all over my large, two-storey, four-bedroom home. The coverage is pretty exceptional - especially given the subtle, uber-minimalist design of this device. No external antennae required.

Not only is my home two levels but it's built on a sloping section which means there's actual dirt between the router and some of the places I want the WiFi to reach. Not ideal. And although the coverage from the Google Nest is outstanding, it still struggles to penetrate literal hillside. Luckily, as already mentioned, like its predecessor it's a mesh device and you can add other WiFi points to the same network to extend your coverage. I've set up other mesh networks before and it can involve complicated pairing processes involving lots of plugging, unplugging and rebooting.

The Google Nest Wifi experience makes mesh networking laughingly easy. Plug in the extra router where you need it, switch it on, find it on the Google Home app and it will pretty much do the rest for you. With just two Nest routers I have all the WiFi I need in every corner of my house; from my deck upstairs to my security cameras out the front.

You could argue this is not the most future-proof device - already a year old and no WiFi-6 capability. My counter-argument (and Google's) is there aren't all that many WiFi-6 devices in your average household yet and Google has pledged to push through software updates as often as required. Speaking with a member of the Google design team, he claimed the router quickly learns which connected devices need WiFi priority, without giving out too many technical details about exactly how this works. The important thing is, it does indeed work. I know because I've used it.

Google also sells a Nest Wifi Point, which not is not only a mesh extender but works as a smart speaker too but unfortunately it's not widely available in New Zealand yet so I haven't been able to try it. This means shelling out for another Nest WiFi router to create your own mesh network although there is another way.

Later this month Orcon will be supplying all its naked fibre customers with Google Nest WiFi as their default router. What's more, if you decide you need to mesh things up, you'll be able to add a second Nest device for just $5 a month. Not bad going for the most user-friendly WiFi I've ever experienced. 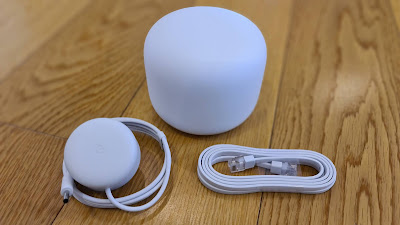 Finally, I can't emphasise enough how good-looking this thing is - and by that I mean hardly noticeable at all. Not only is it very small, it's completely white (or "Snow") as is the power cable and included ethernet lead. This means if it's sitting on a white cabinet or against a white wall, it's virtually invisible. Sadly, there is a small LED status light at the base. Yes, you can adjust the brightness of this little dot using the app but for some reason you can't turn it off completely. I hate little lights. The power plug is slightly oversized too, which might cause issues if you're trying to fit it in next to other plugs on a multiboard. Which you probably will be.

A couple of weird design flaws given how sublimely everything else looks and works. If you're looking to upgrade your router, get this one. If you're looking to change ISP's - go with Orcon and you'll get one for free. This isn't an ad, it's an honest recommendation. In terms of range, ease of use and plain old good looks, Google Nest WiFi is the best I've used.

The Google Nest WiFi router is available from leading retailers for $299.