It's the age-old question; do I really need the top-of-the-line? Or is there another option that will fulfil my requirements?

Often we can be tempted into paying more for features we're unlikely to use. But as I've suggested before, when it comes to home security, you probably don't want to be cutting too many corners. Saving a couple of hundred bucks now could cost you thousands later.

Luckily, Ring only makes quality products - but there's nothing wrong with a bit of comparison shopping... 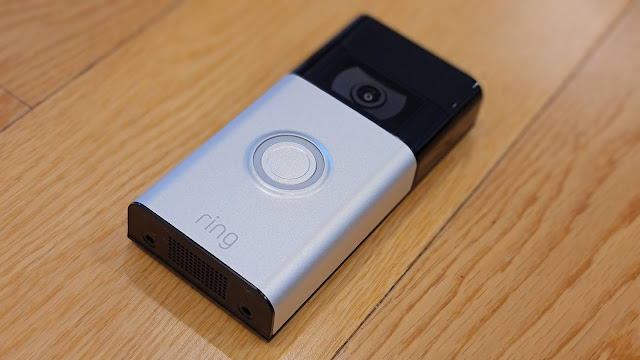 By now, I think most of us can spot a Ring Video Doorbell without looking too hard. The distinctive, modern, durable design is becoming more and more commonplace at entranceways in New Zealand and around the world.

The original design has now been upgraded significantly and the second generation is definitely worth consideration alongside the Video Doorbell 3 Plus I reviewed back in early June. 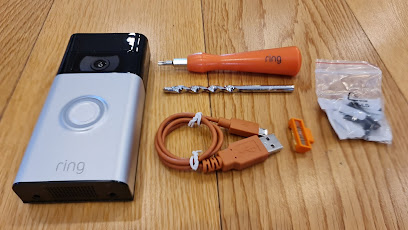 I'm usually pretty blown by what's included in the box with any new Ring product, whether it's a video doorbell or a security camera. Not so much this time. Yes, you still get the special screwdriver, some mounting screws, a drill bit and a tiny little level but there are no alternate face plates or wedge and corner kits for tricky mounting situations. With the 2nd-Gen Video Doorbell, these things are optional extras.

As for the mounting plate itself, I have to admit, I was very confused at first when I discovered it was already attached to the doorbell. This meant un-attaching it to screw it into the wall and I struggled to find any directions to do this, either in the box or online - in fact, for a while I wasn't even sure it was the mounting plate and not just a permanent part of the doorbell unit itself. In the end, I figured it out by reverse-engineering the mounting instructions. Turns out it just clips on and un-clips off. Perhaps some kind of instruction sticker might have saved me some grief.

This is all a bit unusual for Ring, because I've always been very impressed with how easy their devices are to install and set up. To be fair, once I managed to detach that plate, everything else was very straight-forward and I had the Video Doorbell up and running in minutes.

One big upgrade on the new generation seems to be better Wi-Fi connectivity - not only was setup seamless and efficient but I've found notifications come through to my connected devices almost instantly and the connection between my Alexa Echo Show 8 and the Video Doorbell is more reliable than ever. This is the beauty of an Alexa-enabled device like this; not only can I ask Alexa to show me my front door, with the Ring skill enabled, any Echo speakers in the house become door chimes and devices like the Echo Show 8 will show a live feed from the doorbell as soon as it's pressed.

At that point, you can choose to talk to your visitor as well - audio quality has been improved since the original device as has video definition, up to 1080p from 720p. Night vision is also very clear and you can also modify which zones are monitored and which aren't, just like you can with the Video Doorbell 3 Plus.

Of course, all these features are accessible from your smart phone too, meaning you can give the courier instructions on where to leave that package even if you're not home when she arrives.

Operationally, the Video Doorbell works brilliantly - it picks up any movement you program it to, ignoring anything that isn't a person if that's your preference. My main bugbear, and it's the same with any Ring product unfortunately, is having to pay a subscription to store your video recordings after the initial 30 day trial period. These devices are well priced but they're not super cheap and the option to record to your own cloud storage or a local memory card would definitely make them a more attractive proposition.

There are two main differences between this device and the more expensive Video Doorbell 3 Plus; firstly, there's no pre-roll option on this one. Pre-roll is a new feature Ring introduced this year that records a lower-quality five second video of what happens before motion is detected or the doorbell is pressed. If that doesn't sound like a deal-breaker to you the next question you need to ask yourself is, "Can I work a screwdriver?"

That's because unlike other Ring models, the battery here is built-in. That means you have to remove the whole unit to charge it up - which will also leave your door unmonitored for the several hours it takes to charge. If you're replacing an existing hard-wired doorbell, none of that matters as the Video Doorbell can be connected to the mains supply instead.

If you're willing to make those two compromises, then you may as well save yourself a hundred bucks or so and go with the Video Doorbell (2nd Gen). It looks great, offers superb connectivity and delivers clear, wide angle video in all light conditions. There aren't a lot of extras thrown in but sometimes you just don't need the extras.