When Google came up with the Chromecast, there must have been a heck of a lot of back slapping and self congratulation going on. Just as the world was discovering it could now access unlimited video and audio content online, Google was providing a way of getting that content out of your phone and onto your TV screen.

Personally, I couldn't believe how cheap it was considering how amazingly well it worked. In fact, in other reviews I've often referred to the Chromecast as the prime example of design excellence; it's cheap, simple to set up and use and above all else, it works.

That was 2013. A couple of years later, the second generation arrived with added 5GHz Wi-Fi connectivity to further enhance the Chromecast's usefulness - despite the fact I'd rarely encountered any issues with the original model's strictly 2.4GHz connection.

By 2016, it was time to introduce 4K and HDR with the Chromecast Ultra.

Each device stayed true to the core strengths of the original though; well-priced, simple, reliable.

If it ain't broke... yet in late 2020, Google announced a major upgrade indeed (or deviation perhaps?) - the Chromecast with Google TV. For some reason it's taken nearly two years to arrive in New Zealand but now at last we can find out if all the extra features really add up to a better device. 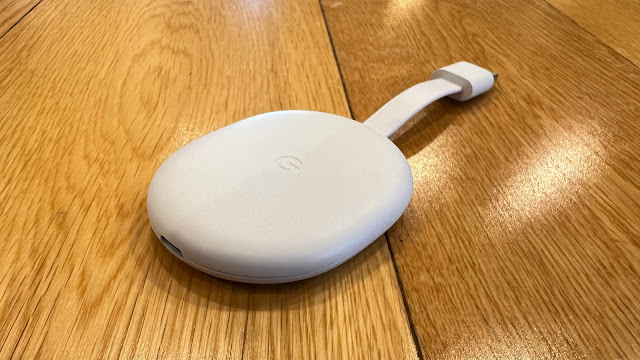 Firstly, if you're one of the surprising number of people out there who still don't own a smart TV, today is a good day. Although the Chromecast with Google TV isn't really much bigger than its immediate predecessors, it ships with the Google TV OS installed. This means for just $110, your previously dumb telly can smarten up from the moment you plug the new Chromecast into one of its HDMI ports. 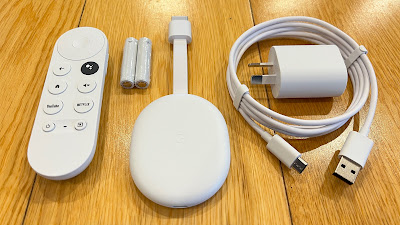 A USB wall adapter and power cable are included in the box and it's probably a good idea to use both, rather than just plugging the power cable into one of your TV's USB slots - this new Chromecast is a bit more fussy about how much juice it needs to fire up.

The first thing you'll notice is how quickly it does power on, at which point there's a bit of setup to do; not least of which pairing the compact remote that also comes with it. 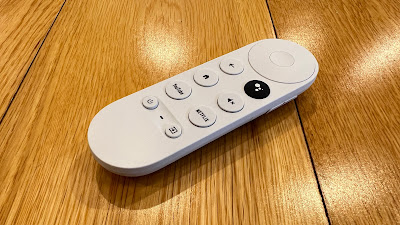 Apart from the Google TV smart powers, the remote is reason enough to snap one of these things up today. Remember, this still functions just like any other Chromecast but now you have a physical remote to play, pause, skip etc - meaning you don't have to fiddle around with your source device (phone / tablet / PC) once you've started streaming. So much more convenient.

Of course, being an actual Google TV device, chances are you won't need to stream to it anymore anyway. Common apps like TVNZ+, Netflix, Disney Plus, Amazon Prime Video and Apple TV+ are all preinstalled - all you have to do is log in and away you go. What's more, you have access to thousands (yes, thousands) of other apps via your Google account. What's even more, you can sideload other apps if you have particular unusual favourites.

Of all the smart TV interfaces out there, Google TV is surely one of the most versatile. Despite this rather overwhelming selection of available content, the home screen is very intuitive - learning your preferences and offering you similar things to watch. I particularly like the row of "Continue Watching" icons - doesn't matter which services you're currently using, your partially completed movies and shows will show up there for easy access.

Take my advice though; although you can access a comprehensive Settings menu (just like on any other Android device) try to resist fiddling around with things too much. I made some adjustments to the sound preferences and the next time I tried to watch Netflix, none of the episodes would load. It took me several hours of frantic Googling before I discovered the wrong sound settings can interfere with what you watch on Netflix. Who knew?

The remote control, although quite small, has everything you need within easy reach. There are shortcut buttons for YouTube and Netflix and there's a dedicated Google Assistant button if you find voice searches more convenient than steering a cursor around an on-screen keyboard. Best of all, many buttons are programmable - the volume buttons can be trained to run your sound system. The power button can turn your TV on and off. Just like every Chromecast to date, the remote is simple, user-friendly and it works. 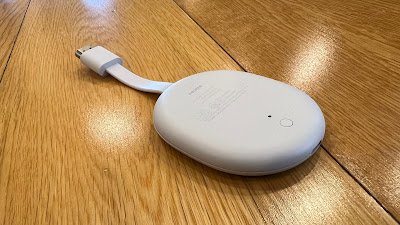 You don't even need Wi-Fi to make the use Chromecast with Google TV. If you have a USB-C hub with an ethernet adapter or something similar, the Chromecast will happily connect via hardline LAN instead - although bear in mind you'll probably need a stronger power supply to run a hub or adapter like that. Please note, I had no reason to connect via ethernet - at well over 150MB/s from my Wi-Fi router I have plenty of bandwidth to run everything I want to watch in crystal clear, 4K Ultra HD.

In theory, you can also add extra storage via an external USB-C hub. I've tried. And failed. Turns out the Chromecast with Google TV will only recognise drives formatted to the FAT32 system - not exFAT or NTFS. This isn't very useful as FAT32 won't support large file sizes. Therefore, if you want to stream locally-stored, high quality video, you're better off setting up your own media server and accessing from the Chromecast that way.

An extra bonus for someone like me is I can now use my Philips Hue light system full-time. Previously I was relying on my smart TV's built-in streaming apps for services like Netflix and Apple TV+. But because those apps are built in, you can't feed the video signal through the Philips Hue Sync Box. Thanks to the Chromecast with Google TV, that's all changed. I'm now watching everything from the Chromecast which is plugged into the Sync Box. Confused? Just know I now have all the pretty lights all the time and that makes me happy.

In fact, everything about the Chromecast with Google TV makes me happy - from the user-friendly remote to the intuitive home screen layout to the sheer number of apps available to the fact I can set my favourite pictures of the dog as a screensaver. Thankfully, although this latest Chromecast offers exponentially more functionality than any of the previous models, the simple, affordable, reliable design ethic still shines through.

That's why this might very well be my device of the year. Shame we had to wait two years to get it.