When you test a million different phones (I literally had five different new phones on my desk this week) it's easy to lose touch with how "normal" people see the smartphone market. Unlike me, unless you're extremely clumsy or careless, you're probably not changing phones several times a year.

This means you're more likely to notice how dramatically smartphone tech has evolved from one generation to the next. For the geeks like me, we see it as a gradual improvement, one small feature at a time and that can make finding something genuinely interesting to say a bit of a challenge.

But every now and then a phone comes along that shakes things up a bit, breaking the mould so to speak... 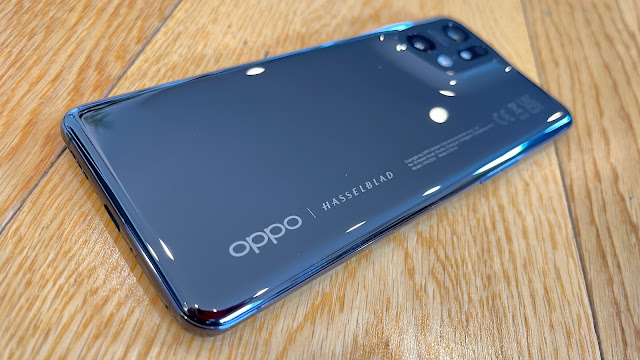 The OPPO Find X5 Pro is nothing if not eye-catching. Love it or hate it, there's no denying it looks like no other phone on the market. To be honest, I haven't found anyone who hates it yet, only people who don't really care about how phones look and can't understand why I'm so excited about this one.

In case you hadn't noticed, the trend with flagship handsets lately has been to shy away from curves and glossy finishes, in some cases even reverting to polycarbonate rear panels instead of glass.

Well the OPPO design team has taken all that into account and gone completely the other way. And I love it.

I'm not really into cars but the models I've always preferred have been the ones that are all curves. That's why I think I'm so into this new design on the Find X5 Pro. They've used a new kind of microcrystalline ceramic to create a one-piece, unibody rear panel that is claimed to be twice as hard as glass. Apparently OPPO spends 168 hours on each panel, heating it to 1000 degrees then honing it to its mesmerisingly smooth finish using diamond knives and diamond liquid.

This all sounds hard to believe but then so is the way this thing looks. 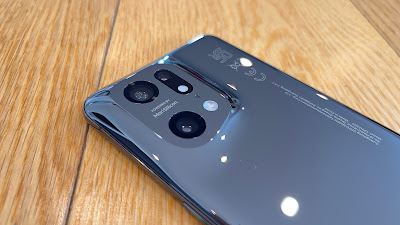 The asymmetrical triple-lens camera module rises a few millimetres from that incredible rear panel like a ripple on a pond. It all looks more like something that's been tested in a wind tunnel for minimum resistance.

I could go on all day about how the Find X5 Pro looks - but there's a lot more to talk about. 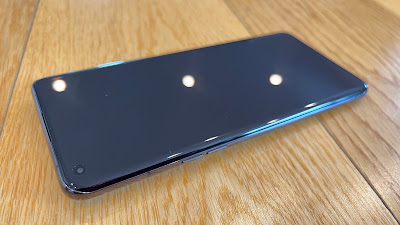 For example, the sumptuous 6.7-inch WQHD+ AMOLED display - OPPO boasts this 10-bit screen is capable of showing more than a billion colours. I haven't counted them all but there certainly seems to be a lot of colours, very bright and very clear. This is a sensational device for consuming video content and unusually, the punch-hole selfie camera is in the top-left corner when in portrait, so that becomes the bottom-left corner when streaming in landscape - which is about the most inconspicuous place you could possibly put it.

The downside is this isn't the best place to look if you're recording or live-streaming; you're far more likely to focus on the middle of the phone and that will make it seem as though there's something far more interesting behind the viewer's right shoulder.

Which is not to take anything away from the camera quality itself. I don't think I've ever reviewed an OPPO phone with a substandard selfie-cam and why would this 32MP effort be any different? There's some lovely features here, both with the software and hardware. The impressive 90-degree field of view kicks in automatically for group selfies and being able to adjust the background blur with a user-friendly slider makes snapping professional, shareable shots so easy.

And that's before we return to the Hassleblad-enhanced primary shooter around the back. Both the Wide and Ultra-Wide cameras are 50MP sensors, both capable of capturing video at that insane 10-bit rate and providing consistent colour performance between your wide and not-so-wide shots. This year OPPO has forgone the clever-but-not-very-useful macro-lens of 2021's Find X3 Pro for a 13MP telephoto lens, resulting in vastly improved optical zoom performance - thanks also in no small part to the new 5-axis OIS image stabilisation system. 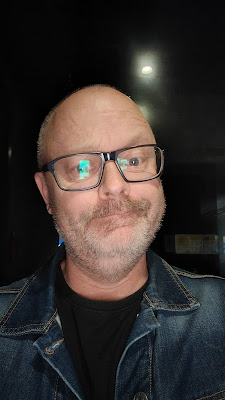 All this photographic wizardry is merged together through the OPPO's remarkable MariSilicon X imaging NPU chip. You can even shoot raw if you want, this chip is up to the task. Wait till you see what it can do with low-light shots - actually, here's a selfie I took in the dark this morning. Excuse the reflection of the screen in my glasses, that's just me being a useless photographer.

Speaking of chips, the whole shebang is run by the Snapdragon 8-Gen-1 from Qualcomm, the latest and greatest brain available for top-of-the-line Android devices. This means the Find X5 Pro is as powerful and as efficient as it can be.

Once again, OPPO has come up with a different way of doing batteries, with a dual-cell configuration to split the workload and preserve battery life. And as usual, they've gone completely over-the-top with charging speeds. You'll get 80watts from the included SuperVOOC charger. (Yes, it actually comes in the box. How old-skool.) What's really crazy is the 50watt wireless charging you can get using the optional AirVOOC charging stand. That's twice as powerful as many other phones' wired rate. Even reverse charging from the phone itself is twice the rate of competitor devices for when you need to top up those earbuds or that smartwatch on the go. 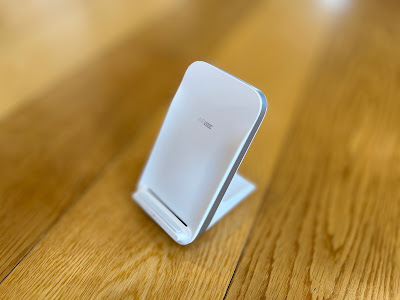 Look, it's all there. And I haven't even covered off the latest ColorOS user interface based on Android 12 - it's everything you want from a modern OS; easy access to a lot of settings, with totally customisable themes, wallpapers and icons. Let's just say ColorOS has come a long way in a short time.