If I had to name one single device from the last few years that's had a massive effect on our everyday lives I might suggest the Google Chromecast.

It's so clever. It's small, it's inexpensive and it allows you to stream from another device or directly from the web. Best of all, it works. Most of the time it works without you even really having to think about it.

This tiny, little thing turns any TV with an HDMI port into a smart TV and it makes already smart TV's smarter still.

Who would've guessed how quickly we'd come to accept watching YouTube, Facebook and Instagram videos on our big screen tellies as nothing out of the ordinary?

Now let's do the same thing for our air con... 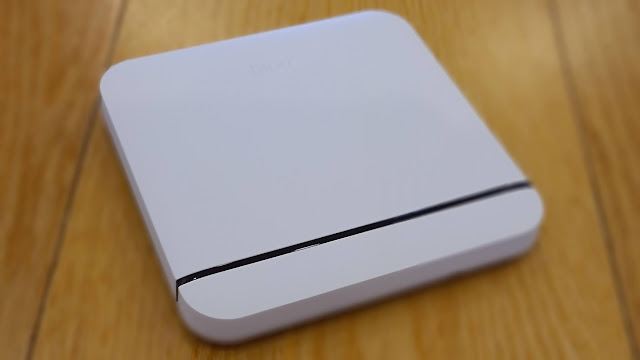 New Zealanders have an unusual relationship with air conditioning. Our climate, generally speaking, is not prone to extremes. Sure, it's cold in winter and hot in summer but in most places that often means adding or subtracting a layer of clothing... not heating or cooling your whole house. We don't do radiators or boilers or thermostats... for that matter, very few of us even do apartment buildings. For your average kiwi, air con is something that only happens in offices and even there all it does is cause arguments about what temperature it should be.

However, over the years we've certainly taken to the heat pump as an economical and effective form of home heating (and yes, sometimes, when it's really hot, cooling). While modern heat pumps are available in WiFi versions, they're often not the models already installed in our houses. Yes, most heat pumps allow you to set automated, pre-set routines but if you can actually get your remote to do that you're cleverer than I am.

In fact, I'd be prepared to bet less than 20% of heat pump remotes have the correct time set on them. Let's be honest... it's probably less than 10%.

So... if you've ever thought it would be nice to come home to an already cosy house. Or you'd like to have the heat pump on cold on a hot summer's night... but not all night... here's a device that'll change your life.

The tado° Smart AC Control is basically the Chromecast of air conditioning. Like Google's greatest invention, the tado° is blissfully easy to set up, using the companion app on your phone. Scan the QR code, connect it to your WiFi, pair it with your heat pump and you're pretty much done. It's compatible with most brands of heat pump that use an infrared remote - you can easily find out if yours will work on the tado° website. 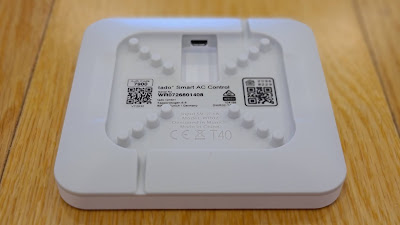 Not much bigger than a thick drinks coaster, you can place it pretty much anywhere in the same room as your heat pump. It comes with a decent length power cord which is white, narrow and easily concealed. The device itself is basically featureless and won't draw attention in most settings. The back is designed to keep the cord out of the way and the tado° flush against the wall if you decide to use the included sticky strips to mount it there. There's a nice, big, easily read LED display that appears during setup but you probably won't need it again so you probably won't see it again.

If you're anything like me, not only do you have no idea out how to set your heat pump to come on and switch off at certain times, you even struggle to get it to blow hot when it's cold and cold when it's hot. I don't know who designs those remotes but they're obviously sadistic evil geniuses, the lot of them.

That's why tado° is such a breath of fresh air - or the app is anyway. It clearly displays real-time temperature and humidity readings from the tado° device. It also effectively turns your phone into another remote - turn your heat pump on or off, change the temperature, mode or fan speed - from anywhere. Anywhere in the world.

More importantly, you can easily set any number of scheduled routines or just keep the heat pump on till a time you decide.

This is all very accessible and well presented on the app. Up to a hundred users can be added for each device and obviously you can access several devices if you have more than one heat pump to control.

tado° goes further, giving you insights about air quality and energy savings. There's also a Geofencing function that detects when you're home and when you aren't, giving you the opportunity to run appropriate settings. tado° can even detect open windows, which obviously affect how well your heat pump can control the climate.

Unfortunately, if you want tado° to react automatically to its Geofencing and Open Window Detection abilities that'll require you to sign up to an Auto-Assist subscription, $42.99 a year after a month's free trial. Neither essential or compulsory but if you're the kind of person who worries if you've turned things off before you left the house, it might be worth it.

Easy enough to check, of course. Just open the app.

This time of year it's still light when I go to bed (don't judge me, my alarm goes off at 2:55AM). Often it's hot and stuffy in the bedroom. Luckily, we do have a small heat pump installed but - and this is such a New Zealand way of thinking - I don't like the idea of leaving the heat pump on all night. Apart from anything else, it's not particularly quiet, even in quiet mode. Perhaps tado°'s best feature is how easy it is to set your device to the temperature of your choosing for a fixed amount of time. Set. Forget. Go to sleep.

The other big advantage in using tado° in the bedroom is it's Alexa, Google Assistant and Apple HomeKit compatible. You don't even need to open the app - just ask your smart speaker to set the air con to the temperature you want and you're in business. No reaching for the remote. No turning on the light.

Oh... you can actually change settings on the device itself. But where's the fun in that?

A heat pump is a significant investment and definitely not worth replacing completely just to get one with WiFi capabilities. At well under $200, tado° makes an extremely budget and user-friendly alternative.