Maths was not my thing.

From an early age I was firmly in the "But how will this help me later in life?" group. I used to turn up deliberately late for sixth-form maths, knowing my teacher would let me off if I could come up with a really creative excuse. It didn't stop her sentencing me to a week of lunchtime rubbish duty that time I wrote "God I hate maths" on my desk though.

On reflection, I was I real jerk. But then... so was my calculus teacher.

If only maths was more like video games. And if only I'd got into it sooner. About ten years sooner... 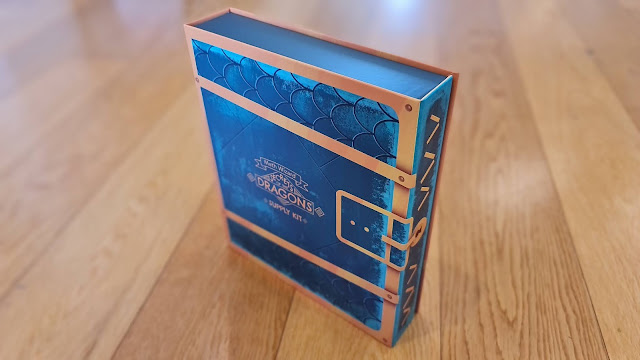 It's been a long time since I was aged 6-8 - a very long time - but I'm pretty sure I would have been a lot more into maths if tracking down and feeding dragons was part of the equation. "Secrets of the Dragons" is one of two new offerings from Osmo to trick Year 1 and 2 students into doing maths by disguising it as an iPad-based game. 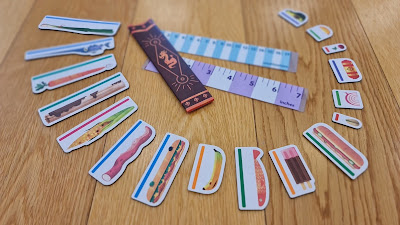 The "Secrets of the Dragons" set contains two rulers, sixty-two food tokens of various shapes and sizes and a very impressive Dragon Guidebook, which, to be frank, is almost cool enough to justify the price of the game all by itself. It looks like something the Fellowship of the Ring were sent to bring back from Mount Doom. In fact, even the box for this game is designed to resemble some ancient collection of spells to be kept under strict lock and key less they fall into the wrong hands.

And so, in Osmo's usual style, the fun has begun even before you fire up your iPad to start playing. 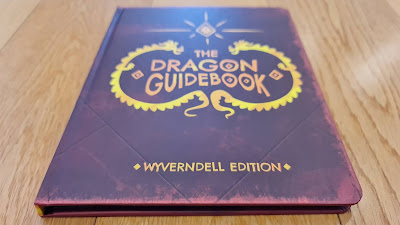 If you haven't encountered an Osmo game before, you need to know it requires an Osmo Base. Unlike some packs, these games from the Math Wizard series don't include the Base, which might be a bit frustrating if you don't already own one of the starter kits but obviously if you do, you don't need to keep collecting more Bases every time you buy a new game. The Osmo Base is simply a stand for your iPad and a clip-on reflector that fits over your iPad's camera. This is essentially the genius of any Osmo game - the perfect balance of on-screen and tactile, physical activities - completing tasks in the "real" world to advance to the next stage of your quest in the virtual realm.

As far as "Secrets of the Dragons" goes, your specific goal is to explore the Dragon Reserve to complete your guidebook, measuring and feeding your dragons appropriately so you can watch them grow. After all, who wants a little dragon when you can have a gigantic one, right?

While I managed to explain all that in one short paragraph, there's quite a lot more setup when you actually come to play the game itself. Obviously you need to download the digital part of the game onto your iPad and when you fire it up, you're prompted to add the physical postcard included in your "Secrets of the Dragons" box to your personal collection. Then an old wizard and a young wizard's apprentice take turns to walk you through the basic rules and instructions of the game. This seemed a bit laborious to me but then I'm not aged six and I always find the introduction part of a video game drawn-out - I'd prefer to just crack on with things without really knowing what I'm supposed to do or indeed how to do it. That's just me.

That's not to say the game is at all patronising to young kids - not with words like "biome" being casually thrown in. In fact, this isn't just a case of hunting down random dragons and feeding them whatever you want. In order to progress to different parts of the dragon reserve, you'll need match each dragon you find with its entry in your guidebook, measure it and feed it. Some are fussier eaters than others and you'll earn more points feeding the right dragon the right treats.

Obviously there are badges and other rewards to be earned along the way and you'll eventually be presented with your own dragon eggs to nurture, hatch and ultimately name. 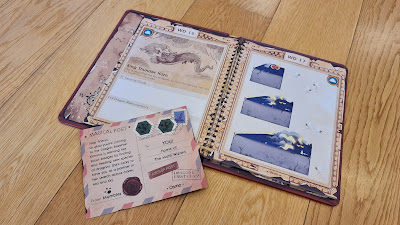 As I've already pointed out tough, the greatest thing about playing this game is kids are learning how to do all kinds of useful, education stuff while searching for dragons. Most significantly, even if they've never used a ruler before, measuring, estimating length and adding and subtracting measurements are such a crucial part of the gameplay, your kid will have it mastered in no time. I thought another interesting skill they'll pick up without realising it is searching through reference material (looking up the right dragon on the right page in the guidebook). This might be one of the most important things you need to do as a student, either using physical textbooks or searching online. This game gets you to do it and makes it fun.

That's the beauty of these Osmo games, no question they're genuinely educational but I also have no doubt kids will love playing them too. Wrap it all up in an incredibly well presented spell-book box and you're onto a winner.

Click here for more information on Osmo Secrets of the Dragons.