And finally bingeing that Netflix series you've been meaning to watch.

And a bit of gaming, obviously.

And keeping those chat streaks going.

And yes, you probably better check in with work every now and then to make sure they haven't totally burned the place down without you.

The issue is, not too many tent-sites have a UFB line installed.

There's an easy, uber-portable solution that works just as well for business people on the road too... 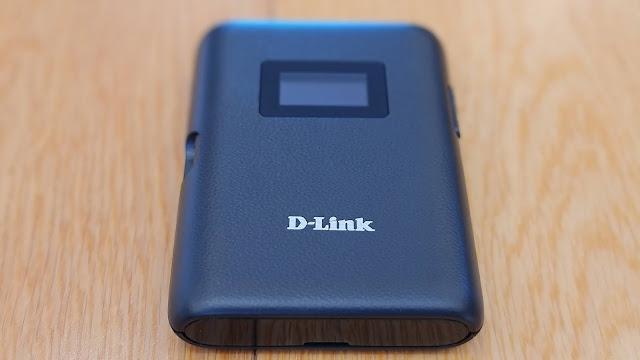 By now you're probably well aware of the availability of modem/routers that also use sim cards to connect to the mobile data network if landline internet is unreliable or unavailable.

You probably also know most smart phones have the ability to be set up as a WiFi hotspot, so other devices can be tethered to them to access mobile data that way.

That's why the DWR-933 WiFi Hotspot from D-Link is just so incredibly handy.

To start off with, it's extremely compact; about as wide as a phone, maybe twice as thick but only about two-thirds the length. It'll fit anywhere - bag, briefcase, purse, pocket - any smaller and it would be annoying because you'd put it down and lose it. 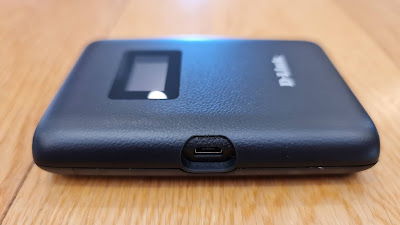 It's about as nondescript as any device could be - a small black plastic box with power and WPS buttons on one side, a microUSB slot on the other and a tiny white-on-black LED display in the middle. This screen is really only there to tell you you've turned the thing on, the mobile network it's joined, how many devices are connected to it and how much battery is left. 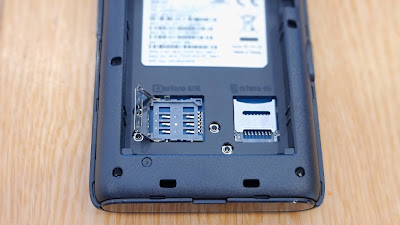 Setup is straightforward, although slightly fiddly, as I personally discovered from several failed attempts at installing the sim card. Conveniently, the DWR-933 comes with a plastic sim adapter as it's sim slot requires a full-sized sim - not the nanoSim found in most modern smart phones. Less conveniently, that sim slot is situated underneath the 3000mAh battery which means taking the back off the device and removing the battery to access it, just like the old days when you used to be able to take your phone to pieces. That wasn't my issue. It turns out you have to insert the sim and then slide the whole mounting across to lock it into place. I finally figured this out after about six attempts, then turning the device on only to be told there was "No Sim."Once I solved that little challenge, the DWR-933 connected to my mobile network pretty much straight away - in fact, the device takes mere seconds to boot up - far quicker than any conventional modem I've ever configured.

At that point it's a stock-standard process if you want to change the default WiFi network name and password - you can do this via your web browser as clearly outlined in the setup guide in the box.

That's what's really weird about this little thing... nothing. For all intents and purposes it works just like any other modem/router - only you can carry it around in your pocket. During my testing I've found battery life to be good but not great. With moderate use from one or two devices you should get through a day okay. The good news is it will charge up from any standard charger via the supplied microUSB cable, or you can just leave it plugged in if need be.

That means potentially you can literally head for the hills, pitch your tent and as long as you've brought a powerbank or two with you, you can stream that day/nighter while you're toasting your marshmallows.

And yes, I do mean streaming video. I've found download speeds to be more than good enough for video on mobile devices - I've even downloaded 1GB+ files in reasonably good time. Obviously there are limitations. In terms of coverage area, performance starts dropping off pretty quickly once walls get in the way, although I found I could stay connected around most corners of the two-storey bach I was staying in last week.

Mysteriously, there's a microSD card slot under the battery too, although I can't quite figure out what it's for. You can actually send and receive SMS messages via the web interface for the DWR-933 but it's not really worth fluffing around with unless you've had to use the sim out of your phone to run it. So you can choose to save those messages to microSD instead of the sim. The box also claims you can use a microSD card to create shared storage for connected devices but I couldn't find any mention of this in the instruction manual and I gave up trying to do it - mainly because I had no need to.

Other than that one little quirk, this is an extremely well designed, easy-to-use WiFi box that lets you connect all your devices at 4G speeds wherever mobile data is available - at the beach, on the water, up a mountain... or perhaps most boringly of all, at someone else's office.