Well Dyson have really done it to themselves this time.

The Pure Hot+Cool was pretty much the perfect heater, combining the brilliance of Dyson's blade-free fan technology with everything its design team has learned about filters along the way.

The result, a Wi-Fi connected tower fan-heater that looks stylish, runs efficiently and can be controlled via app from anywhere.

It's a great heater (and fan). It warms most rooms within minutes and has more fan settings than you can wave a remote at. Blow hard or soft, or even out the back - schedule when you want it to turn off or on and keep an eye on exactly what's being filtered out of your air and when.

Sounds pretty awesome - and it is. So has Dyson found a way to make it even awesomer? How is that even possible?... 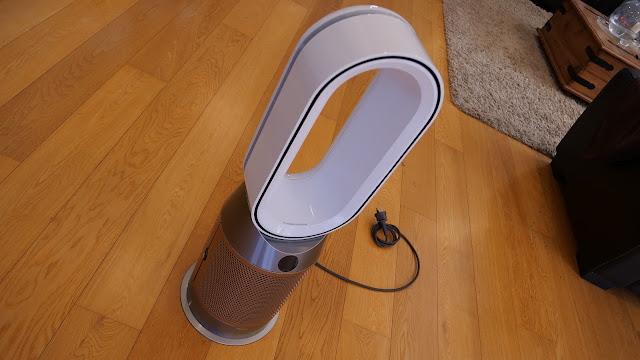 I have to confess, I'm not a huge fan of Dyson's naming policy. Admittedly, the Dyson Purifier Hot+Cool Formaldehyde accurately describes what it is... but zero points for creativity. What's more, it kind of ruins the surprise. I guess we may as well crack into it then...

Yes, Dyson has now come up with a way to filter formaldehyde out of your home. So... is that good?

Well, according to the C.D.C. in the U.S., formaldehyde is "an eye, skin and respiratory tract irritant. Inhalation of vapours can produce narrowing of the bronchi and an accumulation of fluid in the lungs." That definitely sounds like something to avoid if possible.

But what is formaldehyde? Where does it come from? Why would it be in my house in the first place?

It's a very effective fungicide, germicide and disinfectant and is sometimes used as such on a commercial scale. It's also the liquid you see in specimen jars in laboratories and is used as a preservative in mortuaries. Okay... but unless you've got some odd hobbies, that still doesn't explain how it would get into your house.

The trouble is, at low levels, formaldehyde is almost impossible to detect - the particles are literally microscopic. Talk about your hidden enemy. That's where the Dyson team comes to the rescue. 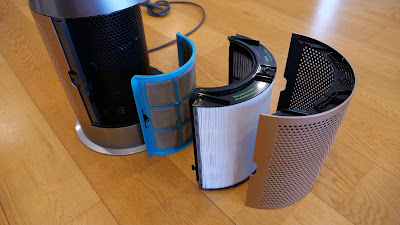 Not only can the new Purifier Hot+Cool Formaldehyde sense the F-word - Dyson has invented a whole new kind of filter to destroy it at a molecular level. Come on - how baller does that sound? Dyson calls this process Selective Catalytic Oxidisation and the best thing about it is it uses oxygen from the air to regenerate so the filter never needs replacing. 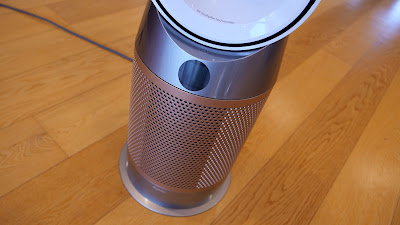 That's on top of the more conventional HEPA filters, which grab practically everything else - not just dust and pollen but even bacteria and viruses. I don't know about you, but a machine that sucks bacteria and viruses out of the air sounds like it could be pretty useful right about now. Unfortunately, the HEPA filters will need replacing after a while - but the whole device is now HEPA H13 certified so you know for sure nothing's sneaking through. 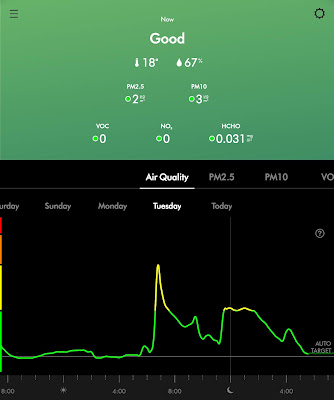 Especially because the Purifier Hot+Cool Formaldehyde is constantly sampling the air around it - even when it's not running - and you can see the results via the Dyson Link app. This displays your air quality as an easy-to-read graph, which you can then split up into particle-size, Volatile Organic Compounds, Nitrogen Dioxide and of course, our chemical of the day, formaldehyde.

Suffice it to say, we're better off not inhaling any of those things if we can avoid it.

Oh... and there's the temperature too. Almost forgot this thing works as a fantastic fan and heater as well, with all the smart settings of its predecessor devices.

Fabulous device. Pity it's so ugly. There, I said it. White, silver and bronze? Seriously guys - can't we just have a black one and a white one and call it a day? Ah well, as long as it does the job - and it certainly seems too - who really cares about the colour combo, or the name?

Click here for more information and pricing on the Dyson Purifier Hot+Cool Formaldehyde.