It's a kind of complicated question. Although you might have the latest router with Wi-Fi 6 written all over the box, unless the device you're connecting to it is also Wi-Fi 6 capable, you won't reap any of the benefits.

Likewise, you might have a zoopy-doopy new laptop - or maybe there's a fancy phone wrapped up, waiting for you under the tree - but if you're still logging onto to the same Wi-Fi network you set up three years ago, you probably won't notice much of an improvement in your connection.

It's no surprise D-Link has solutions at every step of the Wi-Fi 6 equation. 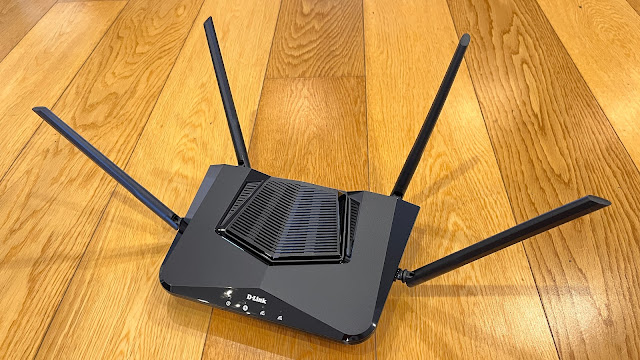 The DIR-X3260 is a good starting point. If you're thinking you've seen this AX3200 gigabit router before, that's because it looks pretty much the same as many of the previous D-Link routers. Basic black, not overly large but due to the four external antennae, you'll need a reasonable amount of clear shelf-space on which to set it up.

My mum was round the other day, saw the DIR-X3260 I'd just installed and said, "What's that Dalek-looking thing?" Admittedly, D-Link's tendency towards a certain sci-fi, spacecraftish aesthetic possibly isn't for everyone. This is no anonymous white cylinder keeping a low profile amongst the rest of your ornaments. I was just impressed mum knew what a Dalek was.

For anyone who's been down the D-Link router route before, the setup process will also seem familiar - if not identical. It's an easy-peasy operation, guided step by step using the D-Link Wi-Fi app. As this is a mesh-enabled device, you'll be presented with the option of setting it up as the primary router or simply adding it to your existing network as another, stronger access point. As usual, I find the app a little frustrating as it forces you to wait for arbitrary, pre-determined periods while the device reboots and reconnects, when often these things happen much faster. This is just me moaning - I'm really only talking about a few extra seconds here and there. 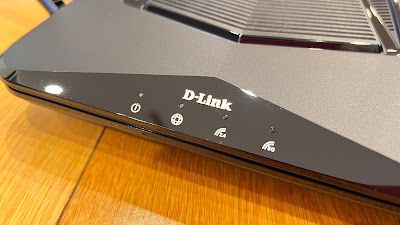 Once you're up and running you can use the app to turn off the status LED's on the front of the device which is something I've become obsessed with over the years and I get very annoyed if it's not an option.

Then you have full access to the faster and more reliable Wi-Fi 6 abilities the DIR-X3260 has to offer - not to mention functions like OFDMA which prioritises which IoT devices in your home need what bandwidth when. Smart Steering is also a help - especially in apartment buildings or crowded neighbourhoods - it'll look for a clear wireless band to keep you connected without interference and snarl-ups. 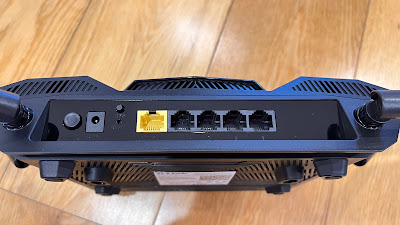 Of course, you can also keep things hardwired via the four gigabit ethernet LAN ports too.

So now you've transformed your fuddy-duddy old home network into a shiny, new Wi-Fi 6 one, what if, like me, you have a perfectly good laptop that just happens to be two or three years old, pre-dating the Wi-Fi 6 revolution? D-Link has an answer for that too. 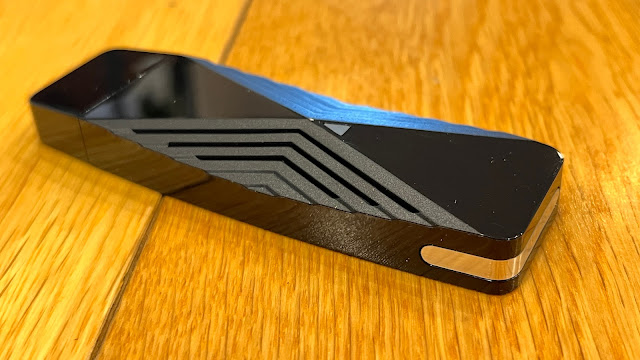 That's where the DWA-X1850 comes in. It's an AX1800 Wi-Fi 6 dongle about the size of a large USB stick and yes, it'd also be a fantastic solution if you're wanting to use a desktop PC somewhere without an ethernet access point. 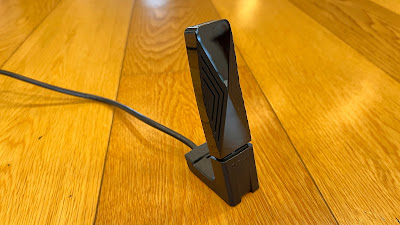 Setup takes just a few seconds - simply plug in the adapter, browse to it like you would any other USB flash drive and run the setup application. The install literally took 10 seconds. My Wi-Fi connection disconnected briefly then reconnected automatically. There's even a USB extension cable and stand if you don't have easy access to an available slot on your PC. 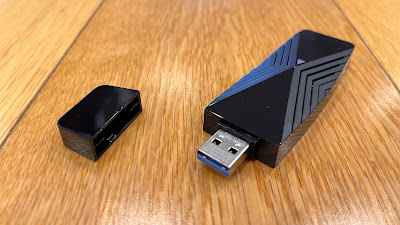 The results I experienced were rather remarkable. By using the DWA-X1850 adapter to connect to the DIR-X3260 router, my laptop went from download speeds of between 6-10Mbps to about 180Mbps. Colour me impressed.

I can't really say much more than that; numbers don't lie. If you're getting frustrated with laggy Wi-Fi connectivity from your laptop or PC, even though it may only be a couple of years old, upgrading to Wi-Fi 6 might be the solution - and if you already have a router like the DIR-X3260, at only NZ$179.99, the DWA-X1850 adaptor makes for a pretty cheap upgrade.