Back in the old days, when I was a kid, computer games were really exciting.

Many of the ones I played involved a page of text describing where I was and what I was doing, giving me a choice about what I wanted to do next.

Imagine the suspense of of waiting the thirty seconds or so after typing "Y" or "N" or maybe even (if you're feeling totally crazy) "Do Nothing." That thirty seconds was about how long the next page of text would take to load.

That's if you didn't crash the whole thing and have to start again.

I didn't have a computer of course. I had to go round to my mate's place and have a go on his.

To say things have changed is understating it... just a bit. 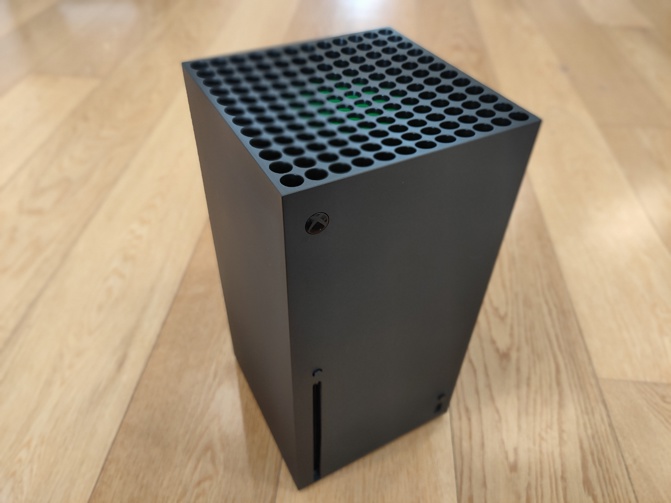 In just a few decades, gaming has gone from not existing at all to becoming a multi-billion dollar industry and if the last year has shown us anything, we're desperate for something to fill our spare hours with... now more than ever.

According to consumer comparison site, PriceSpy, interest for gaming products, such as the latest consoles and graphics cards has grown exponentially in the last few months.

Liisa Matinvesi-Bassett, New Zealand country manager for PriceSpy says, “Our data shows Kiwis have never been more into gaming goods than now, with the PS5 a clear winner that many want in their homes. In fact, the console is currently the most-popular product on our website, above some 139,337 other indexed items."

This is despite the widely publicised shortage of products like the new Playstation, the Xbox Series X and S and perhaps even more significantly, the current dearth of component parts - especially chips.

I'm no gaming addict but I get that people here and overseas have been spending a lot more time at home, many alone (or trying to avoid their families by staying in their rooms) so gaming has obviously become the new international pastime.

There's other, weirder stuff going on though.

Graphics cards seem to be another hot item and this isn't necessarily for the reason you might think; sure some geeky gamers might be upgrading their rigs to make that First Person Shooter seem more First-Persony but in fact, turns out you need a decent graphics card to mine Bitcoin and other cryptocurrencies. Who knew?

As a result, according to PriceSpy's stats, the popularity of graphics cards has surged by 111%.

But back to gaming...

We're often being told our own industry is on a tear, going from strength to strength and as usual for New Zealand, punching well above its weight.

There's certainly money to be made. For example, this month the New Zealand Game Developers Association is judging its Kiwi Gamer Startup Competition, with $25,000 up for grabs for the winner and $10,000 for second place.

That runner-up prize is new this year, donated by 2019 winner, Balancing Monkey Games. I assume that means things must have worked out okay for them.

This year's entries have been whittled down from 26 to four finalists, with the winner to be announced March 25. Chelsea Rapp, chairperson of the NZGDA says, "Early-stage funding is key to building a thriving game development community and this year's competition has been proof of the incredible talent and originality we have."

The NZGDA is a not-for-profit organisation set up to support, connect and mentor New Zealand's gaming innovators. Since 2001 they've been doing all they can to grow the industry by advocating gaming to the government, tertiary institutions, trade groups and even other, complimentary industries.

According to what PriceSpy's telling us, it's working.

But there's a warning too - with that supply shortage I mentioned earlier prices are headed one way, even for second-hand items.

The lesson here? Playing games might be a fun way to pass the time in a lockdown but making games could be a good way to pay the bills.