It's the tech reviewer's curse. When you're supposed to know everything about the latest gadgets, it's a lot of pressure to keep up with all the launches and new releases.

Sometimes, I admit, in an effort to be ahead of the curve, I'll go too far.

Windows 11 has been coming for a while. Even if you didn't know that, I certainly did and once I knew it was out there, I had to have it.

Fortunately, well for geeks like me anyway, there's a way to access things like Windows 11, before they just magically appear one day in your updates window.

By registering as a Windows Insider, you can choose from either the Preview Release, Beta or Dev channels, to get the updates of the future, right now.

Long story short; I've been using a version of Windows 11 for a while now... and I have a warning for you... 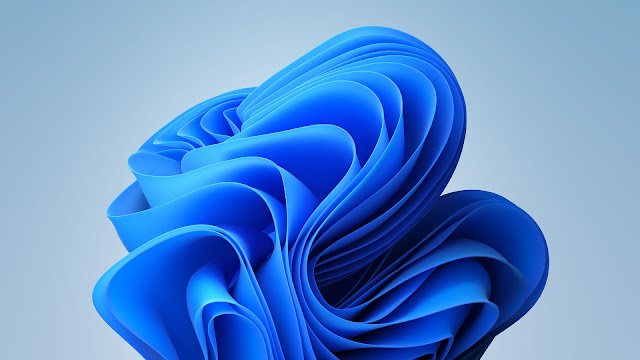 If you're about to buy a new Windows PC or laptop - or maybe even one of the Microsoft Surface 2-in-1 devices that have just launched, it'll probably be pre-installed with Windows 11 and you'll have nothing to worry about - especially if you prefer to use the default Microsoft apps and settings.

Make no mistake; Windows 11 is quite lovely - despite Microsoft telling us Windows 10 would be the final iteration of the OS and everything after would be an incremental update, this latest incarnation looks just different enough to convince you things have indeed evolved a significant step further.

Default desktop themes are the first obvious change - but that's not really a change, just a bunch of new images. Moving on from there though is a new Settings interface making personalisations like Dark Mode and Accent Colours significantly more accessible and easier to find.

Jumping into these settings is smoother and slicker too - as a user, the experience feels less forced, more intuitive, not as clunky. 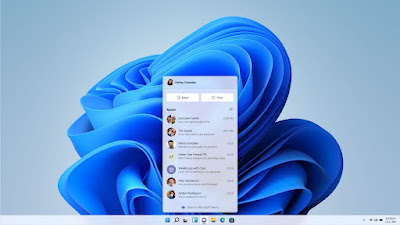 There are other tweaks - the centrally located taskbar shortcuts for example - not really sure how much practical difference this is going to make to your workday but it's noticeable. The made-over Start Menu also now pops up in the centre of the screen, as does the Search tool, once you click on it.

In fact, the layout of your desktop is perhaps the most enhanced feature of this new version of Windows. A lot of this seems to do with using tablets and touch screens - it's a lot harder to drag windows around and resize theme with your fingertip than it is with a mouse. It even gets fiddly using a trackpad. Now, thanks to the newly revamped Snap Groups feature, just by hovering over the maximise icon you'll get a choice of preset window layouts you can assign your open apps to - a bit like how multi-screen functionality works on a lot of smartphones these days. 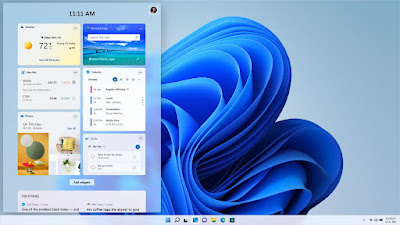 Speaking of which, not only is there a customiseable phone-style widget now pinned to taskbar by default for personalised news, weather, calendar etc but there's also an updated Your Phone app, making transferring files and photos between your Android phone and PC easier. Oddly, many manufacturers already bundle their own version of this app on their devices - some even with iOS compatibility too. I feel like Windows is still catching up with this feature a bit.

Microsoft has also finally fixed stuff that should have been taken care of years ago. Now when you dock your laptop, Windows 11 remembers the way you had things laid out from your last session using that dock and monitor setup. This means if you often use multiple displays at work but you also run your laptop when you're out and about, you're not constantly re-opening and rearranging things. You can just get to work. 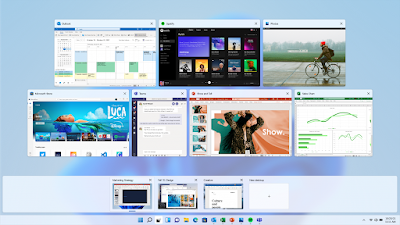 There's the option to open multiple desktops - windows within windows almost - again, a similar concept to the scrolling home-screens on a phone - except here different work spaces you can easily swap between. This is accessed via another taskbar shortcut, called Task View, an instant overview of everything you currently have open. 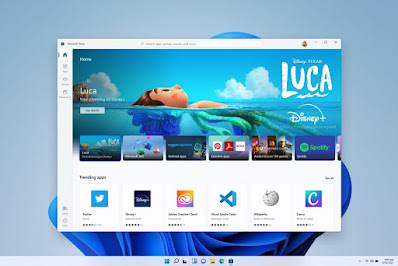 The Microsoft Store is now also a much more pleasurable experience - laid out better with more personalised content. Although... Microsoft still hasn't quite been able to move away from its duplication habit. What I mean by that is, new Windows users always find it confounding there are often three or four ways to do the same thing. 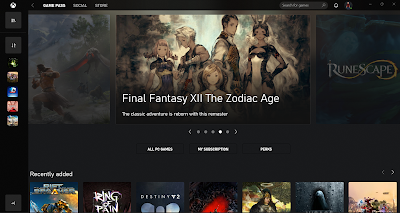 For example - to copy and paste something you can drag it where you want it, right click to choose copy/paste, use the CTRL-C/CTRL-V shortcut or depending on the app, there might even be a drop-down edit menu or a ribbon with specific copy and paste buttons. Overkill? In the case of the Microsoft Store, sure it's now easier to navigate and access your library of apps... but why do Xbox users need their own app for doing all the same stuff? It doesn't even look that different other than it's just for games.

Yes, much of the clutter of previous Windows versions has been cut away but there's still some work to do.

Obviously Microsoft Teams is becoming more and more integrated into the Windows ecosystem. Even if it's not your preferred video-conferencing tool, it's bound to be someone's so you'll need it eventually and the way it integrates with many of the Office 365 apps is undeniably useful.

Now for my warning. Unless any of that stuff I just listed off particularly sets your world on fire, there's no great rush to force your Windows 10 computer into the brave new world of 11. If I was you, I'd just wait patiently for it to appear in your list of updates. Take it from the guy who was so determined to run the new OS before anyone else, not only did I join the Windows Insider Program so I could install it on my private laptop, I even went to the extreme measure of adjusting BIOS settings in the family desktop so I could force it to run on there too. For the most part, it ran really well on my laptop but on the much older desktop, startup times skyrocketed by many minutes and a lot of the bugs and issues I was hoping to solve actually got worse.

This was a hard lesson for me to learn. It seems there might actually be a reason major software updates like this roll out to certain devices at certain times - perhaps to ensure full compatibility with hardware and associated drivers? To make matters worse, because I'd opted for the bleeding-edge, tech-experts-only, warts-and-all Dev channel (as opposed to the much more stable Preview or Beta options) the only way to opt out of the Insider Programme was to do a clean install of the OS, deleting all my files and apps in the process.

In the end, I bit the bullet, did my backups and yes, went for the re-install. The things I do to bring you a fair and balanced review, dear reader. I felt it was necessary, once the official Windows 11 was released, to use it the same way most other people would. And to be absolutely honest, there's something cathartic about a clean install - like a detox for your computer.

Not only is my laptop up and running again - definitely better than ever (I had to hunt down an updated driver for the fingerprint reader - other than that, no issues) I've installed Windows 11 on another device I'll be reviewing in a week or so - also sailing along quite nicely, thanks.

My point is, Windows 11 is great. It looks cleaner, is more efficient and intuitive to use but it's not so different from it's predecessor you'll need a training seminar to learn how to use it. But if your Windows Update hasn't offered it to you yet, don't fret. Many of the new features have either already been rolled out to Windows 10 or are coming in future updates. Especially if your machine is a bit older, there really is no rush. Learn from my mistakes - installing the very latest software on a machine that isn't quite so up to date can actually cause more problems than it solves.

Click here to learn how to install Microsoft Windows 11.