Lately, you may have noticed some publicity around something called, "Hyperfibre."

As the name suggests, albeit somewhat euphemistically, this is a really fast internet connection. I suppose they had to go with an adjective even more impressive than, "Ultra." I can't wait for BFB. (Bodaciously Fast Broadband)

When I heard Orcon touting its new Hyperfibre plans - including both 4GB and yes, now even 8GB options, I thought it only fitting to follow my role as your trusty tech guide and see if I could have it installed at my place so I could give it a good thrashing. 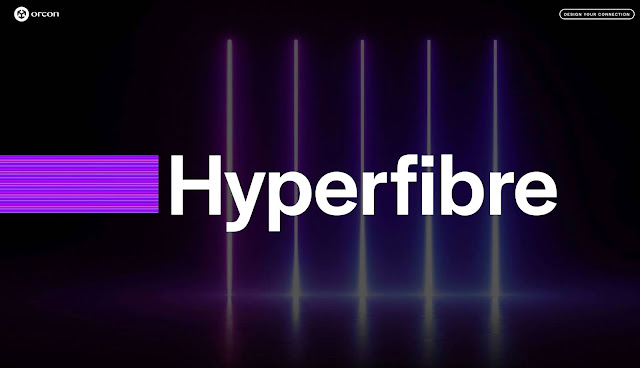 Chorus has an online tool that lets you type in your address to find out if your local fibre exchange is zoopy-doopy enough to cope with the awesome power Hyperfibre promises. 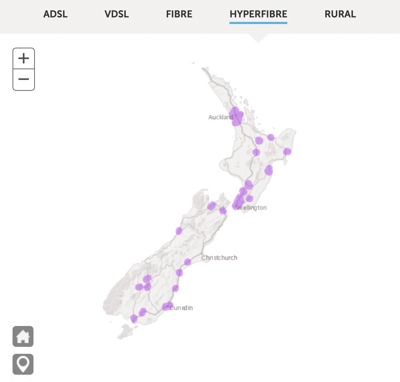 I was surprised to discover yes, I could actually get Hyperfibre in my area. While I'm not exactly rural, Silverdale is only just a part of Auckland - in fact, once it wasn't... prior to Auckland declaring itself a SuperCity just a decade back. Not so long ago Auckland used to be a toll call away. I'm not even joking.

That was when we still had landlines of course. How early-2000's. Quaint.

Anyway, the point is; now I knew I could get it, there was no turning back. So it was bye-bye old ISP and hello Orcon... after a bit of a wait.

Turns out, although the Chorus availability tool assured me I could access up to 4GB Hyperfibre, when I actually started the ball rolling I received an email telling me there was "Build work required." I had no idea what that meant but the email said it might be something like getting the connection from the street to my house and it could take anything from a few days to "a couple of weeks."

I signed up June 4, finally got connected June 23. I hate to split hairs but that's longer than two weeks. Also, this is the internet. Why isn't it instant?

Man I sound like a grumpy, old, complaining geezer. But wait, there's more...

On the day of installation, a guy from Chorus turned up with a new modem. This was a surprise - not him turning up, he'd contacted me to arrange a time - the surprise was my rather flash and quite new modem/router would not be up to the task of wrangling this golden new era of tsunami-like connectivity. It was duly unplugged and replaced with a much more boring looking Nokia device - but one with a very exciting new ethernet port. 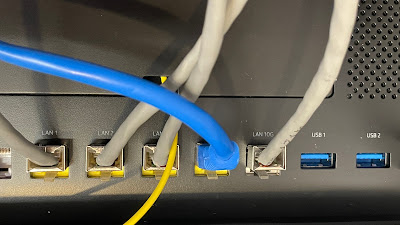 Okay, this photo doesn't really do it justice but if you look carefully you'll see there's a 10GB socket, alongside the four other more conventional gigabit ones. This offers the potential to access those raw Hyper-speeds without having them choked by the very hardware that's bringing them into my home in the first place.

And this is, as always, the single biggest stumbling block for anyone considering a faster broadband upgrade; do you have the hardware to support it?

As I've often discussed when reviewing home networking devices, you can pay for all the download speed in the world but if you aren't running decent gear to distribute that connectivity around the house, you're not going to notice much difference... well... sort of.

Oddly, once the man from Chorus went away, I had to wait a couple of hours for my Orcon connection to kick in - again, I have no idea why this doesn't happen instantly but then, I'm no telecommunications engineer. 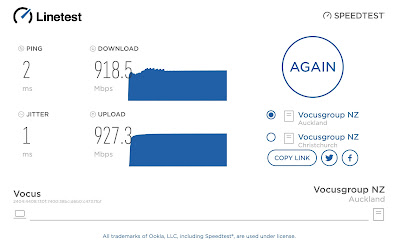 Of course, the second I was back online, I was running speed tests on every device in the house. It was pretty exciting, given I'd previously been on a 100/20Mps plan. (100Mps down, 20Mps up) These results are from my iMac, hardwired directly into the main router. I was floored to see my new speed of almost 1Gbps - both up and down.

Then I thought... hang on... I don't want to sound ungrateful but I'm supposed to be getting four gig - what's happened to the other three?

Don't get me wrong - the new connection has been a revolution in the glennzb household. Although no devices were connecting faster than a Gig, when you have all that bandwidth to play with, that means a you can play with all your devices at once, no problem at all. It no longer matters if one person is online-gaming, while another is streaming a movie, while another is uploading a presentation while another is watching a recipe on a smart display in the kitchen - there's now more than enough internet to go around. I can't imagine what I'd do with eight-GB... start my own online movie production business from home maybe?

Even via Wi-Fi, my phone was showing speeds in excess of 300Mps.

But the question remained; where were my other three Gigabytes?

And it's only today, as I finish writing this that I've finally figured it out. I'm fortunate to live in a house with data cabling wired throughout. I have ethernet access points in almost every room and as I've already mentioned, the modem/router I've been supplied can service five of those rooms directly but as it turns out, it's probably the cabling itself that's causing the slight slowdown.

My cable is Cat5e - unfortunately now a few generations behind the latest standard and only capable of supporting up to 1Gbps - not quite like attaching a garden hose to a fire hydrant but almost. Something to bear in mind if you're considering launching yourself into a new, Hyperfibre way of doing things. And no, I'm not about to tear open my walls to upgrade those cables. Not yet anyway. Not when I'm more than satisfied with being able to access 1Gbps in several rooms at once. Not bad for $184.95 a month.

Hah... remember when buffering and dropouts were an issue? Nope, me either.