Okay, a bit of background. Although I've been doing these for many years, I've really only been half a reviewer. You might think I've covered it all... phones, watches, laptops, tablets, speakers, lights, games -  you name it, if it plugs in, charges up or connects to the internet, I've given it a go. Right?

Well... except for one pretty obvious omission; Apple.

For some reason I can't fully explain, I've always been out of the loop when it comes to Apple. Don't get me wrong, I'm certainly interested in Apple. I've followed all the launches and devices over the years and in fact, I even owned the first two generations of the iPod Touch (like the original iPhone, without the phone part).

My daughters both got a lot of use out of their iPod Nanos and they attended one of New Zealand's first BYOD-based schools, so they've been through a few iPads.

The musician one now uses a MacBook while the exercise-junkie has an Apple Watch and iPhone permanently attached.

So I guess you could say I'm Apple adjacent.

Looking back, it's hard to explain exactly when or why I became an Apple critic. If I'm going to be totally honest with myself, I'd have to admit like most prejudice, it was probably born mostly out of ignorance. The more I used Android and Windows, the more I liked them, the more I assumed I didn't like Apple. I became the kind of person I usually despise; reading all the negative stories and reviews while writing off anything positive as biased propaganda. I'd even make fun of Apple users, laughing at them with my other Windows and Android-based friends - in effect, creating an echo-chamber that didn't really have too much to do with facts and more to do with propping up my own, ill-informed arguments.

Then recently I was presented with an interesting opportunity; to actually try some of this gear out.

Let me assure you, this was no quid pro quo situation. This isn't Apple flicking me a bunch of toys in exchange for some positive press. In fact, in my exchanges with the Apple representatives I've dealt with, not one of them has even asked what I'll be reviewing, how I'll be reviewing it or even if I'll be reviewing it all. I kind of got the feeling they just really wanted me to give it a go. So I did... 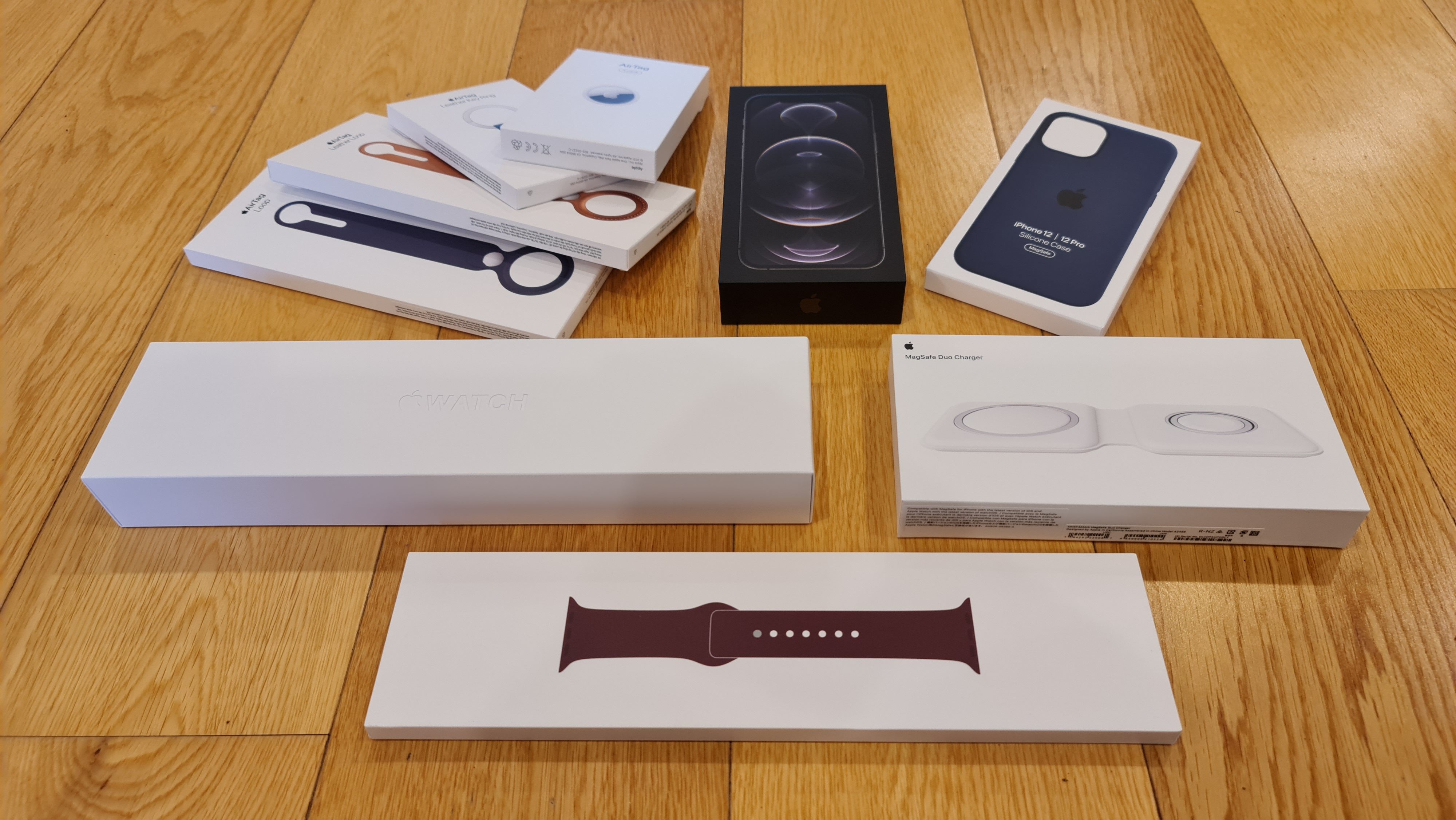 Deep down, part of me knew I'd have to end up eating at least some of my words but I tried to keep an open mind as I went about setting up an iPhone 12 Pro, an Apple Watch 6 and a bunch of AirTags.

Firstly, can I just say, they've definitely got the packaging thing right.

For you existing Apple owners out there, I get why you love this part so much. As a tech reviewer, I spend half my day taking things out of their boxes or worse, putting them back in to send them back. Take it from me, there aren't too many boxes that trigger an endorphin response like these white blocks of cardboard manage to. Each item is exquisitely protected and presented. It felt a lot like Christmas. 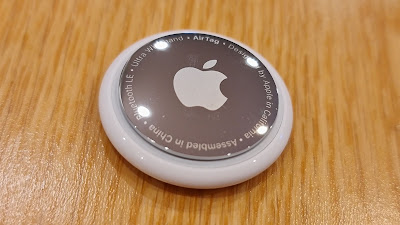 Shall we start small? AirTags are Apple's take on a concept that's been around a while; a small device you can attach to your most prized possessions so you can keep track of them. I haven't used any competitors' products, so I don't have anything to compare them to but I was keen to try them out because only the previous day, I lost my security card and couldn't get into work - always a pain at 3:45AM. It turned out to be lying on the floor of my car in the back seat but I couldn't see it in the dark. If only I'd had an AirTag on it. Using the Find My app on your iPhone, not only do you get a map with a pointer on it but if you have a phone running Apple's latest U1 chip, a mode called Precision Finding will lead you to the item's exact location - and I mean within centimetres. Better still, just make it play a sound. That would have been so handy at 3:45. 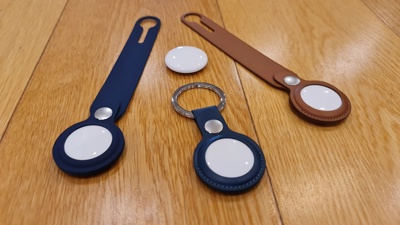 Of course, the true beauty of these devices is when something gets really lost - then Apple's impressive billion-device Find My network joins forces to locate your AirTag wherever it is in the world. In fact, if someone else finds it, they can easily send you a message to let you know. Friendly. But not too friendly. There's a bunch of privacy protocols built in so nobody else can track you and you can't track anyone else.

AirTags are quite reasonably priced and you can use them by themselves or attach them with funky accessories like key rings and luggage tags. Order them online and you can even get them engraved for free. This is my kind of device because it's simple and it works.

Okay Apple. You've got my attention. I can't quite believe I'm using an iPhone for the first time. Obviously I've had a go with other people's but all these years I've never used one as my own.

I had concerns. Would the battery life be any good? I feel like iPhone owners are always complaining about that. Would I be able to use all my regular apps the same way I usually do? Worst of all... what if I actually liked it?... 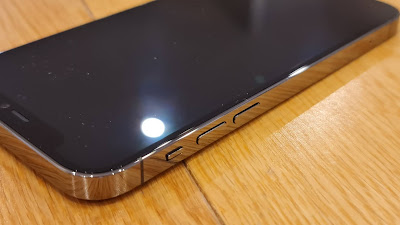 To prove this isn't just some suck-up puff piece, I can honestly say I don't love everything about the iPhone 12 Pro. For starters, it feels kind of brick-ish to me. It's noticeably heavier than a lot of other handsets I've used recently and I'm not a fan of its sharp corners. No, I realise it has rounded corners - that shape's pretty iconic - I'm talking about the corners that run along between the back, sides and screen. I know some other iPhone models have been curvier than this and I think I'd find that more comfortable to hold. The surgical steel on those edges is pretty rock-star though and the rear camera module is not anywhere near as obvious as I was expecting.

It's hard not to be impressed by the display quality and the 6.1-inch Super Retina XDR OLED display is very hard, thanks to a technology called Ceramic Shield - which helps protect drop damage. It looks amazing in all light conditions although the massive notch is still massive - that I don't get.

Unusual for there to be no fingerprint sensor on a phone these days but then the face unlock is so fast and reliable, I can't say I've missed it - and I love being able to use Face ID for things like logins and payments. There you go, I said it; I "love" something about this phone. Okay. There's quite a lot to love. 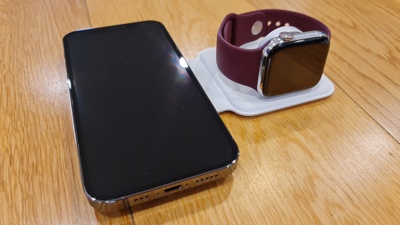 This is not a full-on phone review - after all, this is last year's model right? Let's just say, I'm both impressed and frustrated. I can't fault the performance - obviously Apple knows how to make a chip. Battery life has blown me away - most days there's still more than 70% in the tank by bedtime. I love the MagSafe accessories - especially the wireless charging - but I hate having to change to lightning cables instead of USB-C.

Moving from Android to iOS wasn't fun. There's an app but it doesn't help as much as I would have liked. Yes, all the important stuff migrated; pictures, contacts, messages and call history but no apps or settings at all - which was what I expected, given these are very different operating systems. Let's just say setting everything up again took a little while. On the bright side, I quickly made a stunning discovery; a lot of the apps I've been using for years were obviously designed for iPhone first, then mangled over to the Android platform. I can tell this because many of them work way better on the 12 Pro - especially things like my security camera notifications. These are much more reliable and come through quite a bit quicker now, making them a lot more useful.

I miss my old widgets - iOS now has widgets too, although there's a lot of catching up to do in terms of selection and how customiseable they are. In fact, my only real niggles with the 12 Pro are about customisation and compatibility with other devices but you know what? Apple is definitely starting to embrace both those challenges and I haven't been nearly as annoyed about it as I thought I would be. 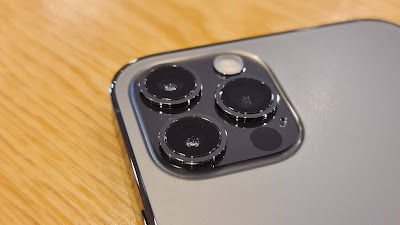 I've found the camera on the iPhone 12 Pro to be slightly limited compared to other flagships I've used. Not so much in terms of picture quality - which I suppose is the most important thing - more in terms of the range of shooting options and the usability of the interface. Again, I'm not going to do a deep dive here - let's save that for the new iPhone later in the year. What I will say is, I've been more than happy with the pictures I've ended up with. I've just found it a bit more challenging to take them. 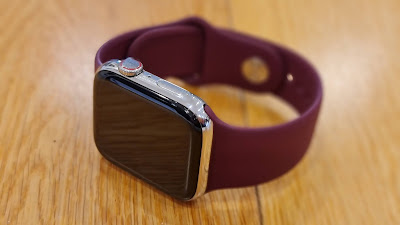 As for the Apple Watch 6? Simply the best smartwatch money can buy. I've tried a lot of them so I feel like I can say that with certain degree of authority. Everything about the Watch is great and try as I might, I couldn't find anything wrong with it. At all. It looks fabulous. It's comfortable to wear. It's easy to use. And pretty much everything on your iPhone is available to you on the Watch. For days after I first started using it, it kept surprising me with cool new tricks. Spotify? Podcasts? Exercise? None of it's a problem and everything's easy. My favourite? Paying for my groceries by waving my wrist over the key pad. Very sci-fi. A bit like the AirTags, the Watch 6 is my kind of design; it works reliably all the time. Admittedly, as many critics have pointed out, Apple might have a bit of work to do here in terms of battery life but lasting the day is all I ask and the Watch handles that with ease. 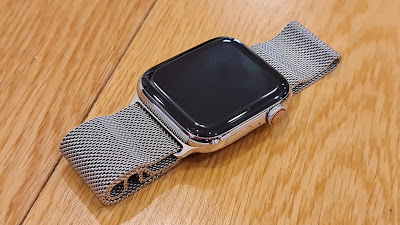 Oh and unlocking your computer with your watch is pretty nifty too... but that's a story for another day.

So what's happening here? Have I been turned? Have I suddenly become some Apple stooge, spurning all my previous years of Android and Windows fandom in one fell swoop?

Don't be silly. This is just me growing up and finally admitting Apple might actually know what they're doing after all. The real question is; why have I been taking this all so seriously? They're only toys. Ah, but such wonderful toys...

Click here for more information and pricing on the Apple iPhone 12 Pro.

Click here for more information and pricing on the Apple Watch Series 6.

Click here for more information and pricing on Apple AirTags.