The annual conference, largely aimed at software developers, is used to highlight updates to the operating systems on Apple's devices, including its phones, iPads, watches and household peripherals like Apple TV.

This year, the tech giant promised a raft of changes to your iPhone in the form of improvements to Facetime, Messages, Photos and more.

"This year, we were inspired to create even more meaningful ways iPhone could help you," said Craig Federighi, Apple's senior vice president of software engineering.

"(iOS 15) is packed with features that make the iOS experience adapt to and complement the way you use iPhone, whether it's staying connected to those who matter to you most, finding the space to focus without distraction, using intelligence to discover the information you need, or exploring the world around you." 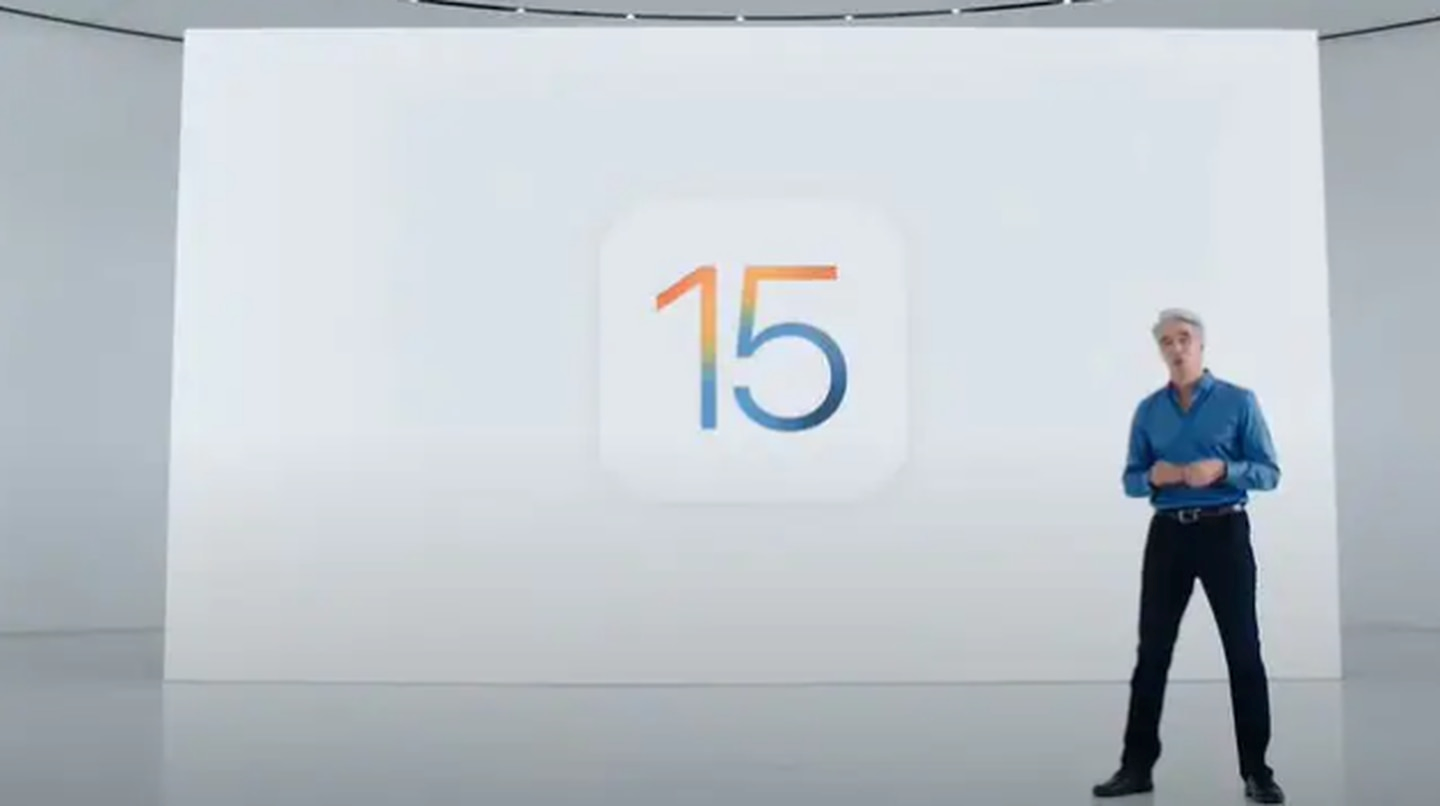 Let's run through the biggest announcements.

Federighi started by outlining changes to the FaceTime app.

"We've all found ourselves using videocalling for just about everything," he said, referring to the past year, which has been overshadowed by the coronavirus pandemic.

The goal is to make Facetime calls feel more "natural, comfortable and lifelike".

Apple is introducing spatial audio, which is designed to make it sound as though you're "sitting in the same room" as everyone else on the call.

"Now your friends' voices are spread out to sound like they're coming from the direction in which they're positioned on the video call," said Federighi.

So if a person is positioned on the right side of your screen, it will sound like their voice is coming from your right.

There are also two new options for your own microphone. In voice isolation mode, machine learning will identify ambient noise and block it out, making your voice sound clearer.

The wide spectrum option, on the other hand, is designed to pick up both your voice and the other noises around you.

Visually, FaceTime will now include a grid view option, which puts everyone on the call in the same-sized tile and highlights the person speaking.

Portrait mode, inspired by the iPhone camera's portrait option, will blur the background and put the focus on your face.

FaceTime Links will let you generate a link which you can send in messages and emails, making it easier to plan calls. You will also be able to create calendar invites.

These links can be used by friends with Android and Windows devices, allowing them to join Facetime calls from their browser. These calls will be encrypted as normal, even if they're not using iOS devices.

Finally, Apple is introducing a feature called SharePlay, which lets you "seamlessly" bring music or a film into your Facetime call.

It will also let you share your own screen. As an example, Federighi said you might share your screen to look at real estate listings with a potential roommate. An example of using SharePlay to look at real estate listings together. (Photo / Apple)

First, at a pretty basic level, the company is changing the way photos are displayed in your message threads. There's a new "collage" feature, which you can see in the image below.

More significant is the Shared with You feature, which gives you easy access to any links your friends have shared with you.

Instead of those links getting lost in old message threads, they are now saved for you to peruse later. You'll go to your News app, and there will be a subsection called Shared with You, where the links will be collected, along with a reminder of who sent them to you.

This feature also works for other types of links.

If someone messages you a link to a playlist, for example, it will appear under the Shared with You section in Apple Music.

If they send you photos, they'll be collected under the Shared with You section in your Photos app, and also added to your photo library.

Borovsky said the app would be "smart enough" to recognise which images you actually care about, filtering out memes and screenshots to prevent them from "cluttering" your library. Only the photos you were "actually there for" will be saved. 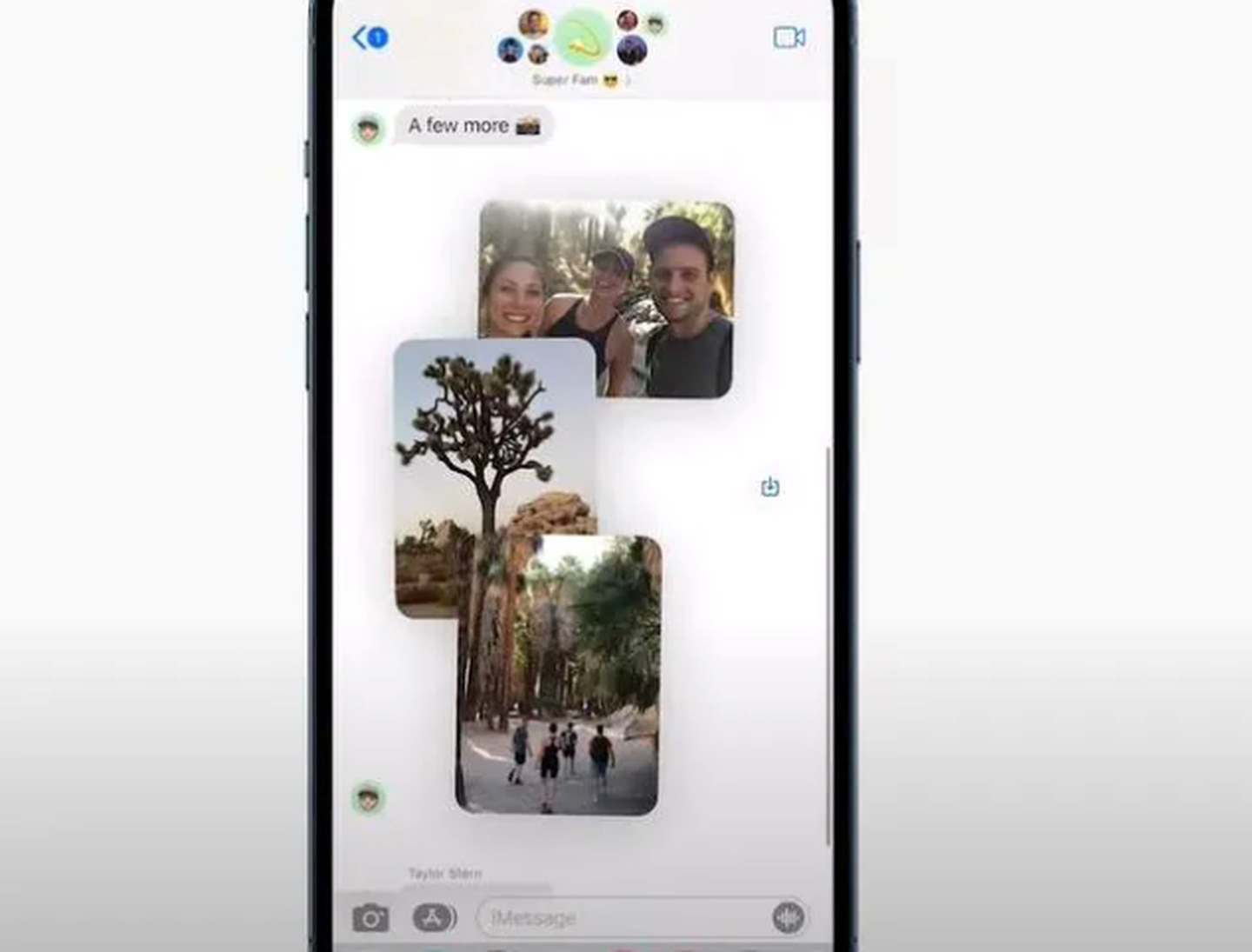 Federighi said Apple was conscious that notifications could "pile up" throughout the day, breaking users' focus.

"The truth is, while some notifications require your immediate attention, others could be dealt with later," he said.

With this in mind, iOS 15 will add a Notification Summary, which you can choose to be delivered at any time of the day – when you wake up in the morning, perhaps, or in the evening after work.

This notification summary will order your notifications by priority, with the most important ones at the top.

A Do Not Disturb option will allow to silence all notifications until you turn it off again. When it's on, anyone who goes to message you will be alerted to your status – though Apple says there is "a way to get through" if the message is urgent.

If you'd rather be more subtle, iOS 15 will also let you set up a Focus, which only lets notifications from certain apps through. So for example, you might have a "work" focus, through which you could instruct your phone to limit its notifications to messages from co-workers and calendar alerts.

Set a focus on one device and it will automatically be turned on for all your other Apple devices as well. 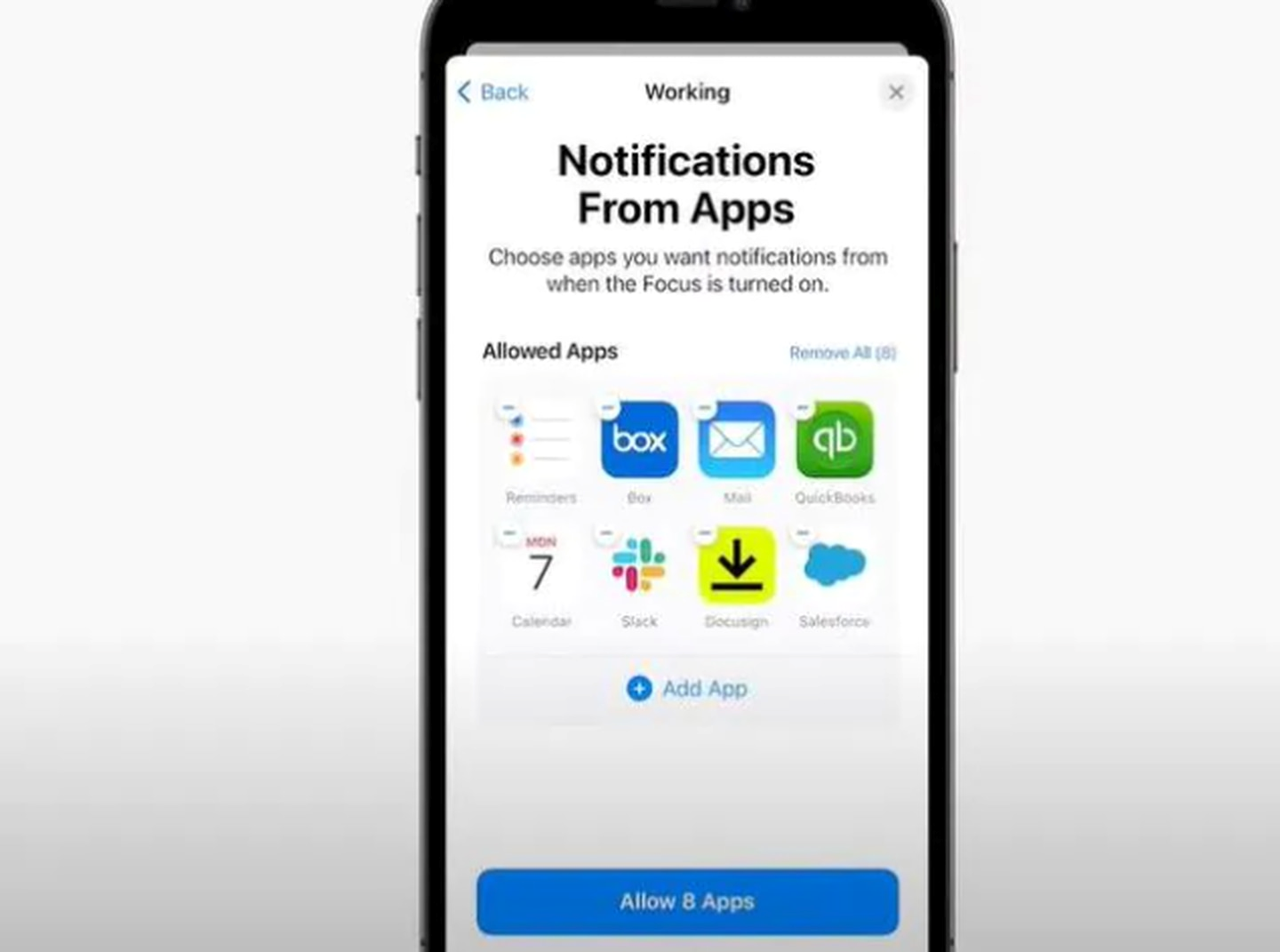 You can customise your focuses, selecting which apps are able to notify you while they're turned on. (Photo / Apple)

The biggest new feature coming to the Photos app is called Live Text. Essentially, the iPhone's camera will be able to read text, making it easy to quickly transcribe something from an image.

Federighi used the example of notes written on a whiteboard. Through the camera, he was able to copy and paste the text from the board straight into an email.

It also works on photos you've already taken. So, for example, if your friend has been photographed in front of a restaurant, you can highlight the name of the restaurant in the photo and immediately look it up online.

A similar feature, Visual Look Up, lets you tap on an image and look up information about it. So, for instance, you can tap on a photo of a dog and find out which breed it is.

Photos are also being added to the Spotlight app, making it easier to search your image library for specific things, such as a person or location.

These memories will feature music pulled from your Apple Music library, "intelligently" picking something relevant and pacing the images to match it.

Apple is continuing to add to the number of things its Wallet app can do. Some hotel chains, including Hyatt, will soon allow you to add your room key to the app. You'll also be able to use it to unlock some cars, or store your pass to get into work.

Most significantly, iOS 15 will bring identity cards to your Wallet – though it's unclear how useful this will be for New Zealanders. The presentation merely mentioned some participating US states, which will allow residents to scan their drivers licenses.

Two years ago, Apple started to roll out a newer version of its Maps app, promising more detailed maps and more accurate navigation.

At the moment, it has only been launched in the US, UK, Ireland and Canada. Apple now says it's adding Spain and Portugal to that list, with Italy and Australia joining them later this year.

The iOS 15 version includes a handful of improvements, including elevation, new road colours and labels, and a new night-time mode.

It also improves the details of the roads themselves, alerting drivers to things like pedestrian crossings and bike lanes to help them navigate complex intersections.