By now you're probably aware of what a massive Dyson fan I am.

To be fair, it's not just me. In my experience, most people who've owned or even just tried a Dyson never go back.

Whether it's an air purification product - maybe heating or cooling, a hair styling tool or of course, some kind of vacuum, it's hard to deny Dyson strives for the ultimate solution and rarely misses.

Excitingly, Dyson has some new floor-cleaning gadgets about to hit New Zealand shelves and yes, of course I'll be reviewing in full soon enough but I wanted to give you a little heads-up on one particular item that'll be included in the box. I think it's so clever, it deserves a little bit of spotlight all to itself.

First; the problem - and this seems to be how the team of engineers and designers at Dyson (and indeed, Sir James himself) approaches things; what's the problem? What is it that people are finding a hassle as they go about their everyday lives? Even when they have an appliance to do the job, why isn't it working the way they want it to? Even if that appliance is a Dyson... obviously it's pretty great already but what's stopping it being perfect?

In part, that's why Dyson no longer develops corded vacuums. Once the tech involved, particularly the battery technology, had developed to a level to make vacuuming the whole house with a cordless vacuum a possibility, Dyson jumped in with both feet. Sure its bagless vacuums were pretty amazeballs but trust me, going both cordless and bagless is a life-changer.

What's really ironic is sometimes by solving a problem, you create another. Dyson's auto-sensing motorised cleaner heads are a force to be reckoned with. Not only did they effectively solve the problem of brushing up everything for Dyson's famous Cyclone-powered suction to dispense with instantly, they're versatile enough to use on both hard and soft surfaces.

In my house, believe it or not, there's a lot of hair. Oh, sure, I don't have any, but my partner has heaps. My seventeen year-old daughter has plenty and it seems like my other daughter, although not currently living at home, returns on an almost weekly basis just to shed. 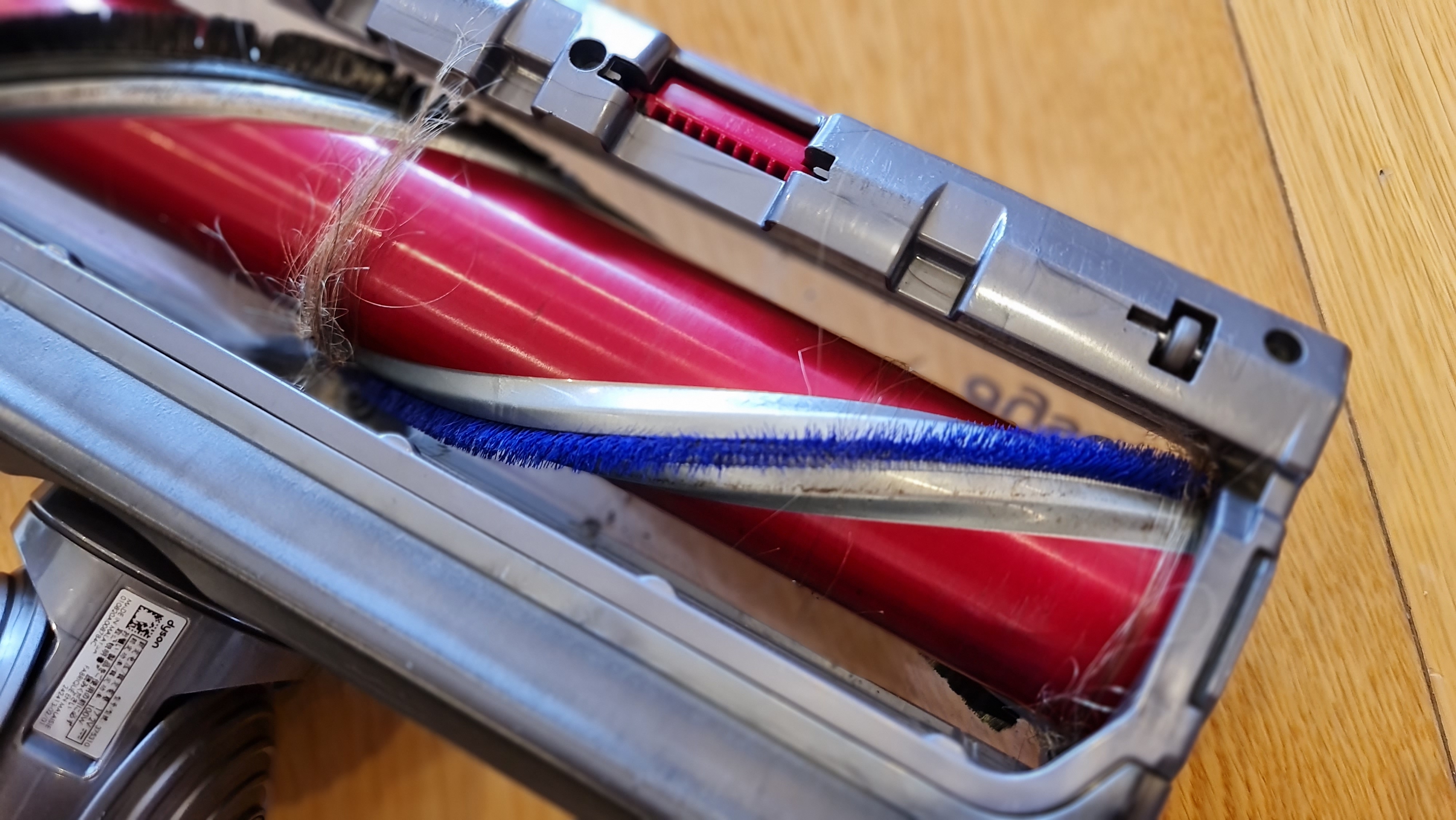 And that's on a good day. Yes, I can usually pull that tangled mess out and yes, even if I can't, Dyson has designed the cleaner head cleverly enough so it can be easily dismantled for just such an eventuality, thereby giving you all the access you need to untangle things. 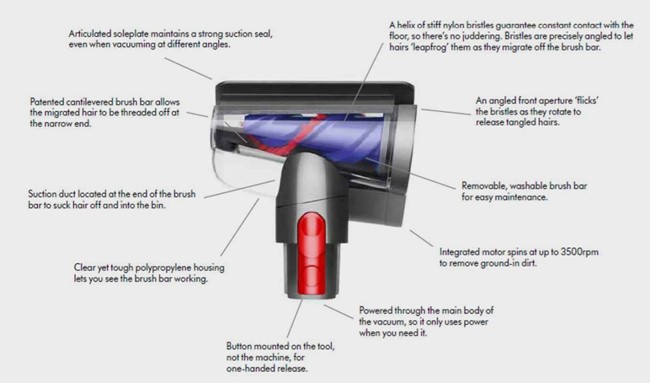 Meet the Anti-tangle Hair screw tool, now included in the box with selected Dyson models (and of course, the new models about to arrive).

I've heard from members of Dyson's design team talking about how they come up with it - reasoning that an Archimedes-screw concept (something the ancient scientist, mathematician and inventor developed to move water uphill) might also work just as well to move long strands of hair to the end of the brush-bar so they can be sucked away.

Many 3D models and thousands of hours of testing later and the Anti-tangle Hair screw was the result. 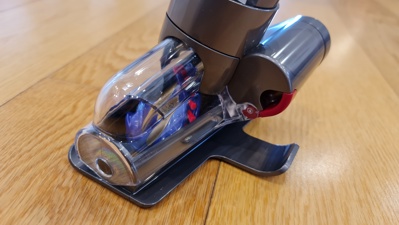 Pretty weird-looking but who cares as long as it does the job and I can confirm that, yes, it definitely does the job. In fact, I was so determined to put it to the test, I vacuumed my whole house with it. Now let me point out, this is not what it was designed for. Due to the physics involved, the cantilevered, offset screw design just isn't practical for a full-sized head. This is more for spot cleaning, pet beds, mattresses, cars and the like. But still... I reasoned it wasn't a fair comparison if I didn't use it the same way as my "conventional" motorised cleaner head.

Admittedly, it took me a little longer to do all four bedrooms and both storeys of my home, due to its more narrow size but it still did a great job. And not one single tangled strand of hair by the end of it. Not one. 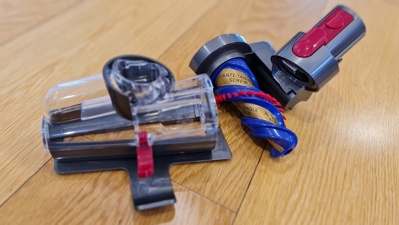 This head also conveniently comes apart by tripping a single lever but I can't imagine having to do that as this unique design works so perfectly.

If that doesn't get you excited about some of the other vacuum innovations Dyson is about to bring to market, I don't know what will.

Now if only Dyson could come up with a full-sized anti-tangle head of some kind. Hmmm....