This review has taken me a long time to put together because I've just been having so much fun using the device.

I came to the GoPro game pretty late in the piece, having really only used them fleetingly until a year or so ago. However, once I had one of my own to play with, I quickly realised how brilliantly singleminded GoPro has been with its design strategy; Doing something interesting? Want to film it? Use this.

I was quite simply stunned at how professional the footage looked, whatever the situation. The wide angle abilities, the digital stabilisation and even the post production software experience of the relatively new Quik app - all so easy and yet so effective.

That's all on top of GoPro's most basic premise of all; this thing is waterproof and shock-proof. Take it anywhere, do anything. This is the camera to capture it all.

And now, once again, they've made an even better one. While the GoPro HERO10 Black appears to be an identical size and shape to the preceding HERO9, in reality it represents a whole new era for GoPro.

This is because for the first time in several generations, the HERO10 sports a newly upgraded processor, the GP2. Thanks to the vastly superior performance of this chip, the latest GoPro offers improved functionality in almost every department, from higher frame rates to better digital stabilisation to a significant jump in photo quality.

In fact, it seems like every little niggle and frustration I encountered with the HERO9 (and there weren't many - it's a fantastic device) has been addressed and dealt with - if not eliminated completely. 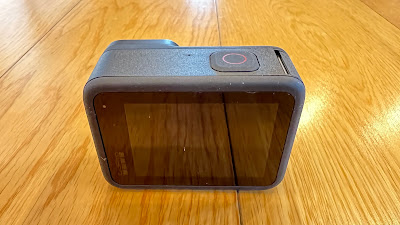 Take the 2.27-inch rear LCD display, for example. Sure it looked great on the previous model but it was annoyingly sluggish to respond to touch controls - especially for someone like me, coming straight from the world of high refresh-rate smartphone screens. The improved touch sensitivity on the HERO10 is like night and day; my clumsy mitts now have no issue when it comes to swiping between vids or adjusting the shooting angle. What a welcome relief.
The upgraded GP2 chip also enables much faster file transfers, via both wireless and wired connections. This means you can put together a video like this in less time than it took to shoot the raw footage...

As you can see, GoPro's Quik app does a phenomenal job of selecting mostly just the interesting bits from your vids. The music, filters and transition effects are all automatic. The only thing I edited was the title frame - although the app makes customising, managing and sharing your video super easy too. 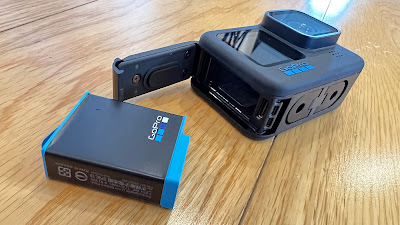 While the consistent form-factor of the HERO10 Black means any mods you already own remain fully compatible, there are a few you may decide you no longer need. For example, while the Media Mod adds the the wind-reducing benefits of a foam-covered external mic, as you'll hear in my biking video at the bottom of this article, wind noise has been greatly reduced on the built-in HERO10 mic anyway.

The Light Mod - previously an essential for indoor and after-dark shooting - may now also be left behind more often. Low-light performance is yet another noticeable boost on the HERO10 which you might be able to pick up on in this little highlights package of my recent rainy weekend in Christchurch...

This is also a Quik-generated vid and you can see how good the footage from the HERO10 now looks even when shot in gloomy conditions and indoors. 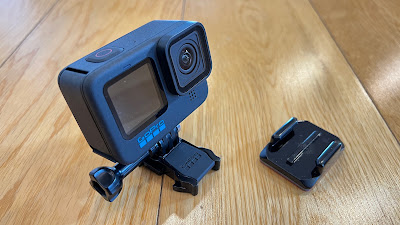 Another feature that absolutely bowled me over when I first started using the HERO9 was the HyperSmooth 3.0 digital stabilisation. Combined with the ability to level the horizon up to an angle of 27-degrees means I've even taken footage from a speedboat bouncing across open water that looks as smooth as can be. Now the HERO10 has next-generation HyperSmooth 4.0 and can sort out crooked horizons up to an insane 45-degrees out of whack. Just check out my silky (unedited) mountain bike footage at the bottom of this review to see how good this technology is. It really is hard to believe. 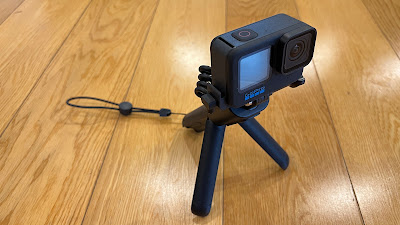 Apart from the full range of mods I alluded to earlier, the list of high-quality accessories keeps growing too. My current favourite is the Volta, the hand-grip that also charges your GoPro while you're out and about. In fact, this might be my favourite accessory of any kind ever - not only does it serve as an extra power supply, it transforms into a tripod with its concealed, fold-out legs and also a remote, with one-handed, weatherproof controls on the handle. These work both over the wired connection or you can pair the Volta via bluetooth for long-distance controls. 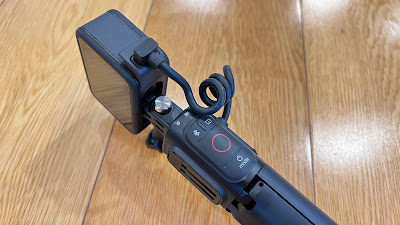 Which brings me to GoPro's greatest trick of all; instant recording. If you're not familiar, you just push that record button (either on the camera or on the Volta) and you're capturing all the action, right from the git-go. Now thanks to that GP2 processor, that function truly is instant - I reckon it takes about a second from the button press to recording that crucial, mustn't-miss moment (like my dog doing a funny poo).

It's no wonder this is the camera vloggers, adventurers, thrill-seekers and fun-lovers keep coming back to the world over. Point. Shoot. Share. Simple. Brilliant. And now even more simple and brilliant than ever.

Click here for more information and pricing on the GoPro HERO10 Black.