Some might describe it as cute and adorable, others have labelled it the stuff of lockdown nightmares.

Jacinda Ardern's daughter Neve has been gifted a creative homemade dolly by a lovely Kiwi, but it's the facial expression of the doll that is turning heads.

The masterpiece is a doll-like creation of Ardern but despite it being "totally loved" by Neve, the 3-year-old named her wonderful but bizarre new toy "Creepy Mummy".

"Well hi everyone, welcome to Monday. Who doesn't want a 30-second distraction to try and help get them through the start of the week? Gayford said.

"So I give you this. We get given all sorts of wonderful hand-made arts and crafts here and when I say we - Neve.

"And there's some real talent in this country, some incredible talent, and she's a very lucky 3-year-old.

Gayford said the doll, which arrived without any details attached, was a "masterpiece" even if Neve named it "Creepy Mummy".

"Some of the things make their way into our home and into our 3-year-old's heart, he explained.

"Including this wonderful dolly, which Neve has even given a name.

Kiwis were quick to react to Neve's new nickname of the doll, with many saying her instincts are bang on the money.

"Omg that is disturbing," one wrote.

Another said: "Creepy mummy is a vibe."

Others claimed they'd love to have a doll like Neve's.

"Sweet baby Jesus that is insane…ly gorgeous! All kinds of wrong but I love it and want it," one stated.

It's not the first time a gift for Neve has made headlines.

Earlier this year, Gayford was dubbed a "genius for rolling three cakes into one for Neve's birthday, creating a TV-shaped cake and projecting Frozen, Moana and Mickey Mouse episodes onto it. 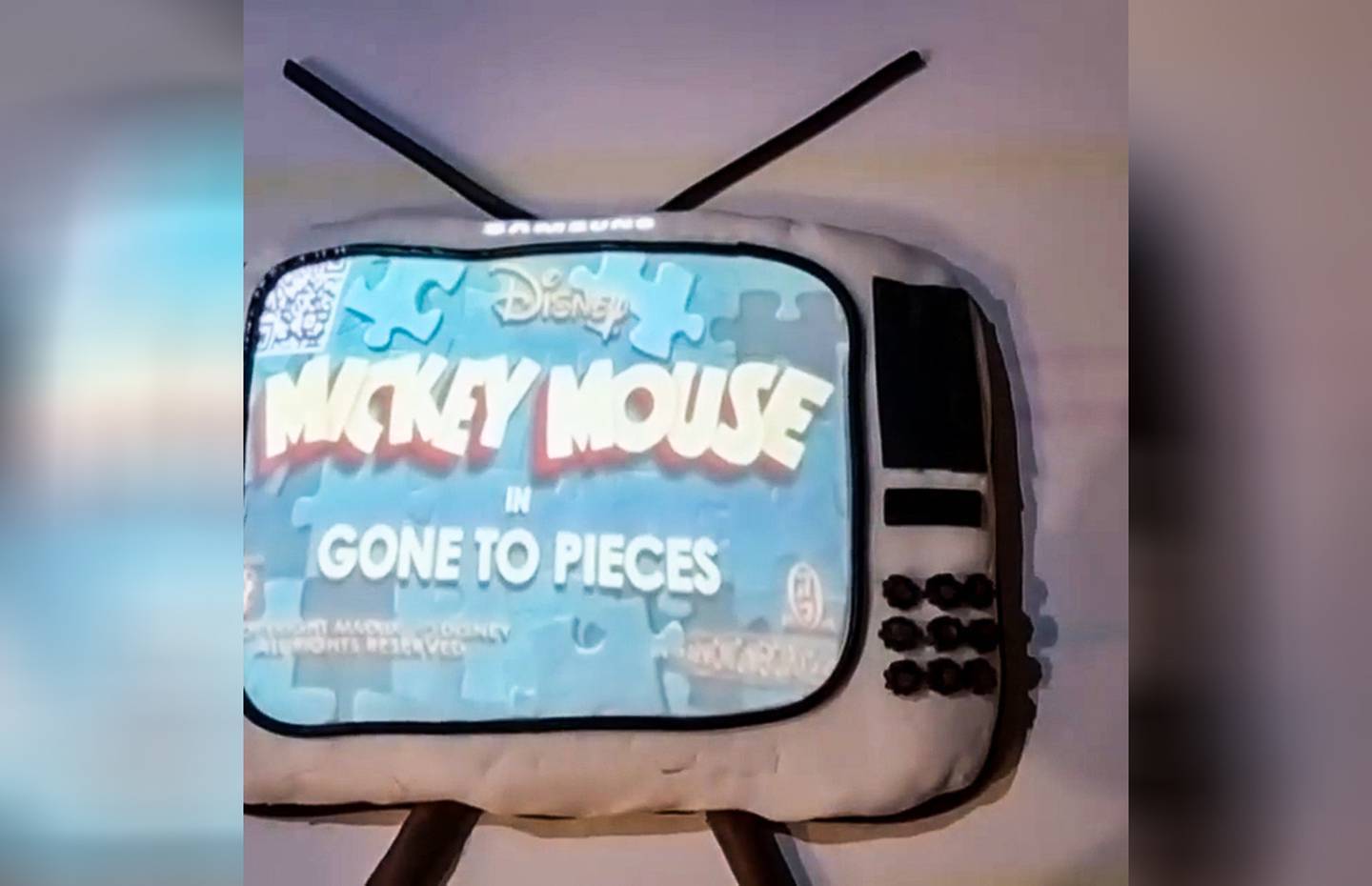 Mickey Mouse was one of three films shown on the cake. Photo / Supplied

"So the birthday cake brief from my almost 3-year-old client changed daily from Frozen to Moana then Mickey Mouse and repeat.

"This has been going on for nearly a month so I came up with a plan to make three cakes into one."

One of Gayford's posted images depicted Neve absorbed by scenes from Moana, rather than actually eating the tasty treat.