A photographer claims to have a "shocking" unreleased picture of Prince Andrew.

Daily Mail has reported a photographer who worked for the BBC during the disgraced Duke's bombshell 2019 Newsnight interview has a picture that would "shake the monarchy" if it was ever released.

The publication understands the Prince insisted the picture was kept secret but the photographer, Mark Harrison, said it might make an appearance in the upcoming film Scoop, which will focus on how the BBC secured the disastrous interview.

A source revealed that if the photo is ever released, "it will be so shocking, especially if it is decontextualised."

Adding, "Our jaws dropped to the floor when we saw it. It would cause Andrew much embarrassment – and imagine how high the bar has to be to cause him embarrassment after everything that has happened."

The source claimed that while the photo is one that would make some members of the public "drop their cornflakes", it may "at some point come out for all to see, perhaps if the price is right".

Meanwhile, Harrison said, "It has been seen by only a few people, but it would be a big deal for the Royal Family. There is a lot more from that day that is not yet in the public domain."

The upcoming film is set to start production later this year in November, with screenwriter Peter Moffat and producer Hilary Salmon eyeing up Hugh Grant to play Prince Andrew.

However, the respected actor told The Independent it's the first he has heard of it and did not reveal whether he would be interested in the role or not. 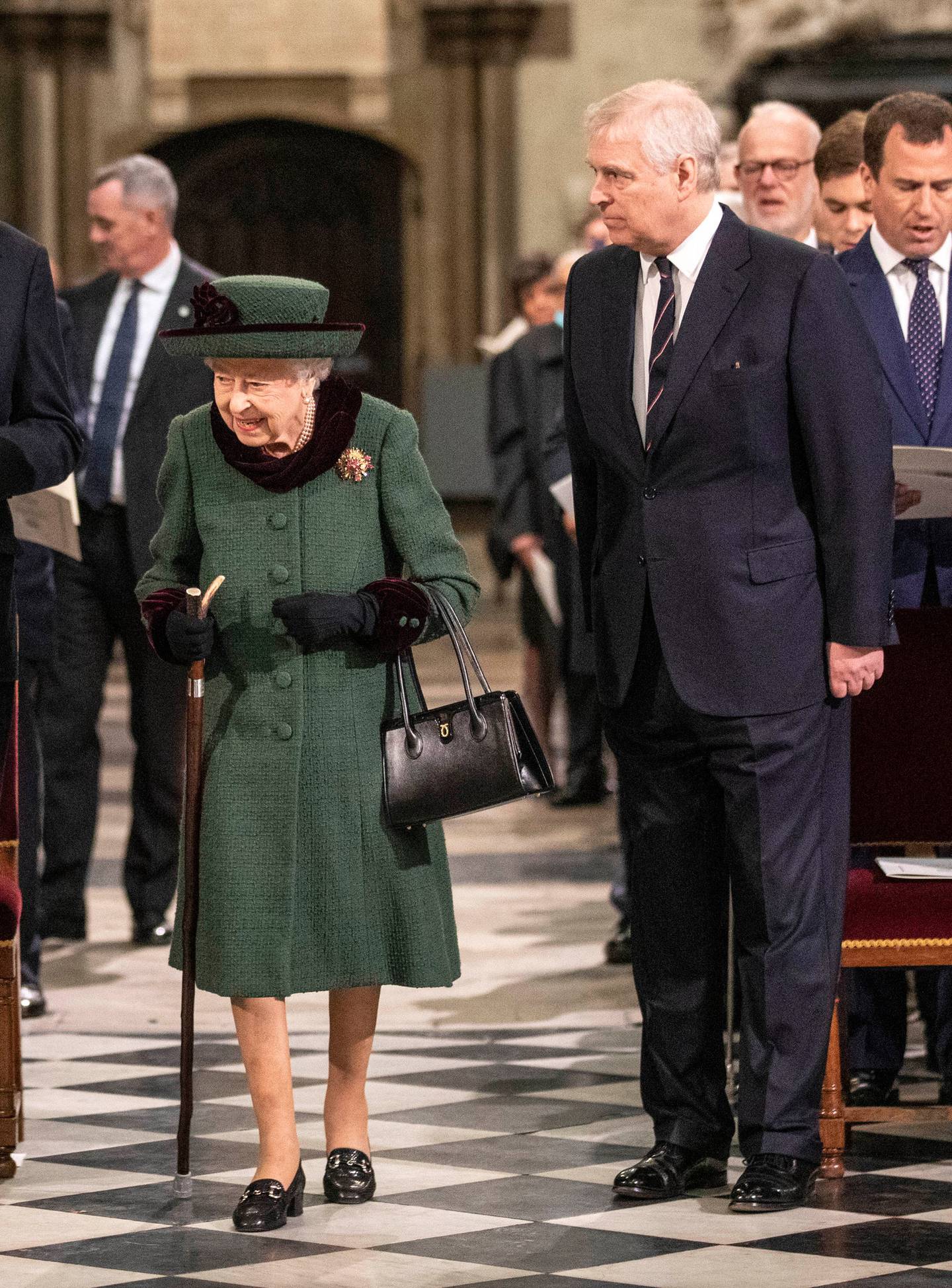 Prince Andrew made a rare public appearence with Queen Elizabeth at the Service Of Thanksgiving For The Duke Of Edinburgh in March. Photo / Getty Images

Scoop will be based largely on the book Scoops: Behind the Scenes of BBC's Most Shocking Interviews and will centre around the infamous 2019 Newsnight interview where Prince Andrew discussed his friendship with Jeffrey Epstein.

In November 2019, after years of headlines about Prince Andrew's close ties with the convicted paedophile, the royal agreed to sit down with BBC presenter Emily Maitlis to answer questions about their relationship.

The film will also show the behind-the-scenes negotiations of securing the bombshell interview with Moffat describing it as a "very thrilling drama".