There's panic at Buckingham Palace as senior royals scramble to contain the fallout from the shock announcement that Prince Harry and his wife Meghan Markle are stepping down as senior royals.

The couple sent media - and the Royal family - into a tailspin on Wednesday, with their news which including moving part-time to North America.

They planned to "carve out a progressive new role" within the monarchy and would work towards becoming financially independent, "while continuing to fully support Her Majesty The Queen".

The royal pair - Harry is sixth in line to the throne - appear to have gone rogue after it emerged that no members of the Royal family were consulted before the announcement was posted to the pair's Instagram account. 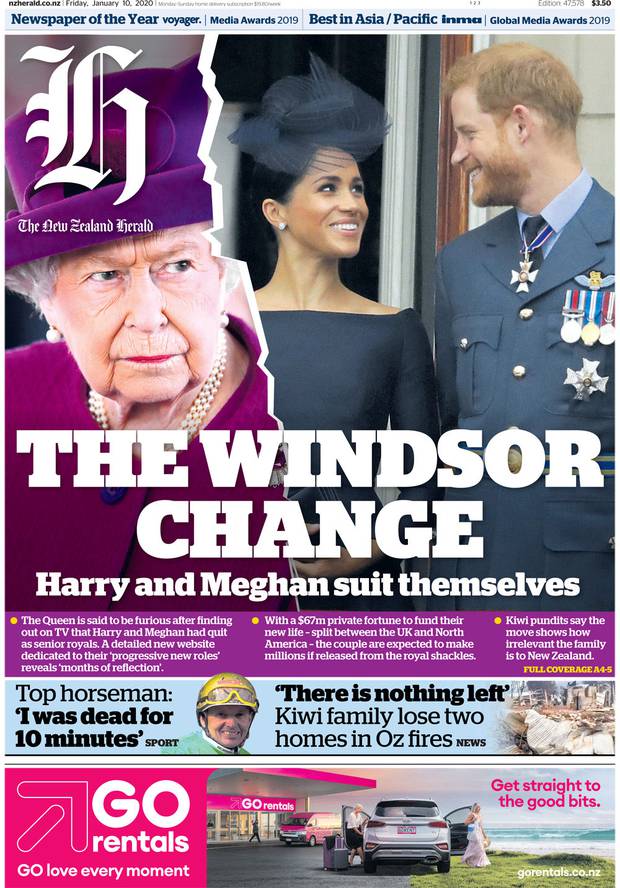 Buckingham Palace quickly released a terse two-line response that suggested the palace had not approved the original post.

"Discussions with the Duke and Duchess of Sussex are at an early stage. We understand their desire to take a different approach, but these are complicated issues that will take time to work through."

British media reported the Queen and other senior royals had not been consulted before her grandson and his wife revealed the move on Wednesday morning.

The Queen, Prince Charles and Prince William learned the news when it broke on television, according to the Daily Mail.

They were left feeling "hurt" and "disappointed", sources told the BBC. British tabloid the Sun was told the Queen was "deeply upset" and Princes Charles and William were "incandescent with rage".

"This is a declaration of war on the family. There is fury over how they've done this without any thought for the implications for the institution," a source told the Sun's Dan Wootton.

Wootton - a New Zealand-born journalist - had broken the news a day earlier that the pair were considering moving to Canada and standing down as senior royals. 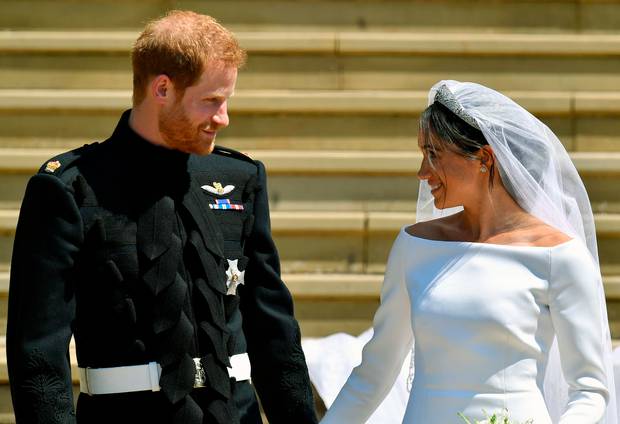 Britain's Prince Harry and Meghan Markle walk down the steps after their wedding at St. George's Chapel in Windsor Castle in Windsor, England. Photo / AP

Harry and Meghan had returned to royal duties after a six-week break to Canada over Christmas.

One source told the Daily Mail the couple had "secretly plotted" their decision while in Canada, also preparing a new website that would be ready to launch on their return.

Attention now turns to analysing the post and the couple's website, Sussexroyal.com, for further clues on their plans.

The Sussexes' intentions to move toward financial independence could prove difficult. Previous members of the Royal Family have faced criticism for "cashing in" on their fame. 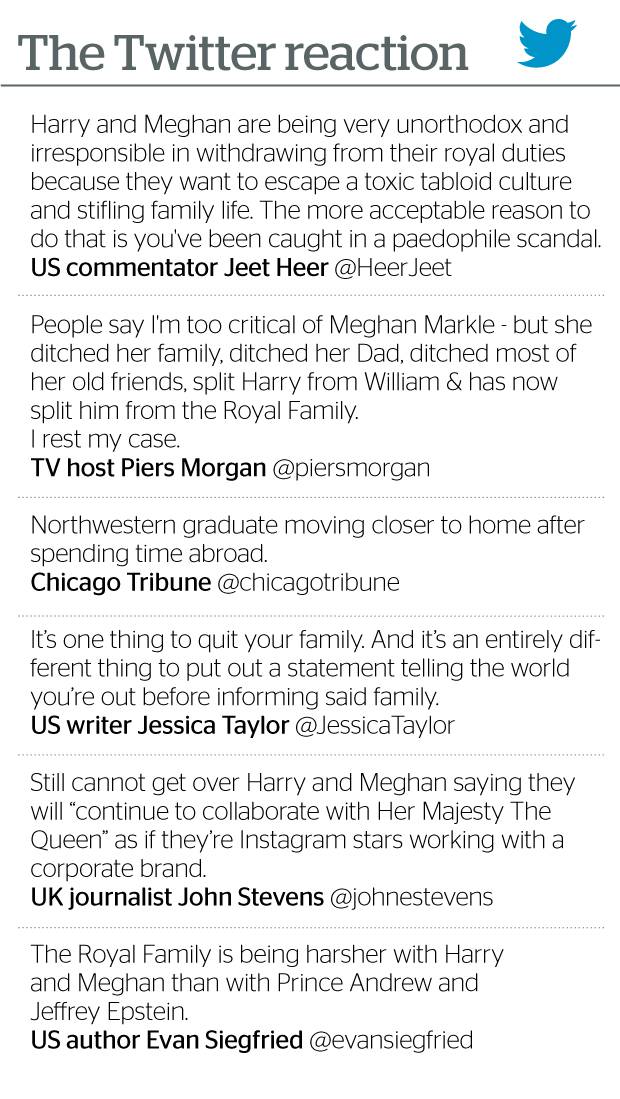 The Daily Mail reported that the couple has an estimated $45 million private fortune, but they could make vast amounts through various projects. Barack and Michelle Obama, for example, scored a $65 million advance for a joint book deal.

The new website also says the Sussexes are changing their media approach - including removing themselves from the Royal Rota system. That system privileges certain UK media outlets, giving them advance access to photos and copy.

The couple say the system amplifies incorrect reporting and is no longer relevant in the digital age. They plan instead to use social media to release information and photos, and to engage with different media including grassroots organisations and young journalists.

But while they're stepping back as "senior royals" they are still "dedicated to maximising Her Majesty's legacy both in the UK and throughout the Commonwealth".

"After many months of reflection and internal discussions, we have chosen to make a transition this year in starting to carve out a progressive new role within this institution.

"We intend to step back as 'senior' members of the Royal Family and work to become financially independent, while continuing to fully support Her Majesty The Queen.

"It is with your encouragement, particularly over the last few years, that we feel prepared to make this adjustment.

"We now plan to balance our time between the United Kingdom and North America, continuing to honour our duty to the Queen, the Commonwealth and our patronages.

"This geographic balance will enable us to raise our son with an appreciation for the royal tradition into which he was born, while also providing our family with the space to focus on the next chapter, including the launch of our new charitable entity.

"We look forward to sharing the full details of this exciting next step in due course, as we continue to collaborate with Her Majesty The Queen, the Prince of Wales, the Duke of Cambridge and all relevant parties.

"Until then, please accept our deepest thanks for your continued support."