She rubbed shoulders with Beyonce at a star-studded movie premiere in London this week.

But Meghan Markle is said to be living an "isolated existence" and struggling with the "intensity of the spotlight", a royal source has revealed.

"Meghan has struggled with the intensity of the spotlight," the palace source told People magazine.

"Although she is a former actress, this is on a different level.

"It is an isolated existence."

The latest claims from within the palace came days after Markle, 37, attended the British premiere of The Lion King with husband, Prince Harry, 34. 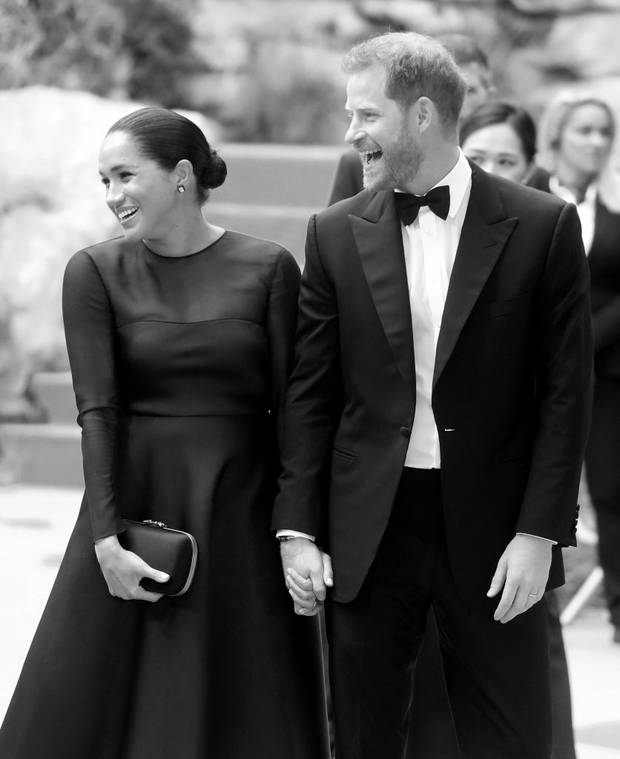 Meghan and Harry looked happy to be attending the London premiere of The Lion King. Photo / Getty Images

The royal couple met Lion King star Beyonce and Pharrell Williams (who appears on the soundtrack), with Meghan opening up to Williams about her life in the royal spotlight.

Williams told her: "Love is amazing. It's beautiful. Don't ever take that for granted, what it means in today's climate. I want to tell you, it's so significant for so many of us. Seriously. It's significant. We cheer you guys on".

"Thank you, they don't make it easy," Markle replied.

Meghan and Harry have endured increased scrutiny — and public criticism — since the birth of the first child, Archie Harrison, including a scandal over their decision to make his christening a closed, royals-only affair.

This morning, The Duke and Duchess of Sussex’s son, Archie Harrison Mountbatten-Windsor was christened in the Private Chapel at Windsor Castle at an intimate service officiated by the Archbishop of Canterbury, Justin Welby. The Duke and Duchess of Sussex are so happy to share the joy of this day with members of the public who have been incredibly supportive since the birth of their son. They thank you for your kindness in welcoming their first born and celebrating this special moment. Their Royal Highnesses feel fortunate to have enjoyed this day with family and the godparents of Archie. Their son, Archie, was baptised wearing the handmade replica of the royal christening gown which has been worn by royal infants for the last 11 years. The original Royal Christening Robe, made of fine Honiton lace lined with white satin, was commissioned by Queen Victoria in 1841 and first worn by her eldest daughter. It was subsequently worn for generations of Royal christenings, including The Queen, her children and her grandchildren until 2004, when The Queen commissioned this handmade replica, in order for the fragile historic outfit to be preserved, and for the tradition to continue. Photo credit: Chris Allerton ©️SussexRoyal

Royal watchers have claimed Harry is actually behaving more like an A-list star than a member of the British royal family. Once known for being approachable and affable, commenters say Harry is increasingly displaying a more guarded public image.

As royal biographer Penny Junor recently wrote in London's Sunday Times: Prince Harry "is acting like an A-lister over Archie's christening, not a royal".

The couple is, of course, part of the royal fold and their lavish lifestyle — including Meghan's designer-studded wardrobe billed at more than $1.4 million — is paid for by the public purse.

"They can't have it both ways," Junor said.

"Either they are totally private, pay for their own house and disappear out of view, or play the game the way it is played."