Buckingham Palace has removed its longtime "never complain, never explain" policy in the wake of the family rift with Prince Harry and Meghan Markle.

According to the Daily Mail, the Queen has now decided to remove that policy and publicly correct any statements that misrepresent her conversations or those of other senior members of the Royal family.

The move comes after the Queen was reportedly upset to see headlines misrepresenting her discussions with her grandson, Prince Harry, and his wife Meghan, as well as statements issued by those close to the couple.

The tipping point reportedly happened when US media reported that Harry and Meghan had "asked for permission" to name their daughter Lilibet, a nickname that is deeply personal for the Queen, and used only by very close relatives, including her late husband Prince Philip.

According to a Royal insider, the conversation was "a telling, not an asking". 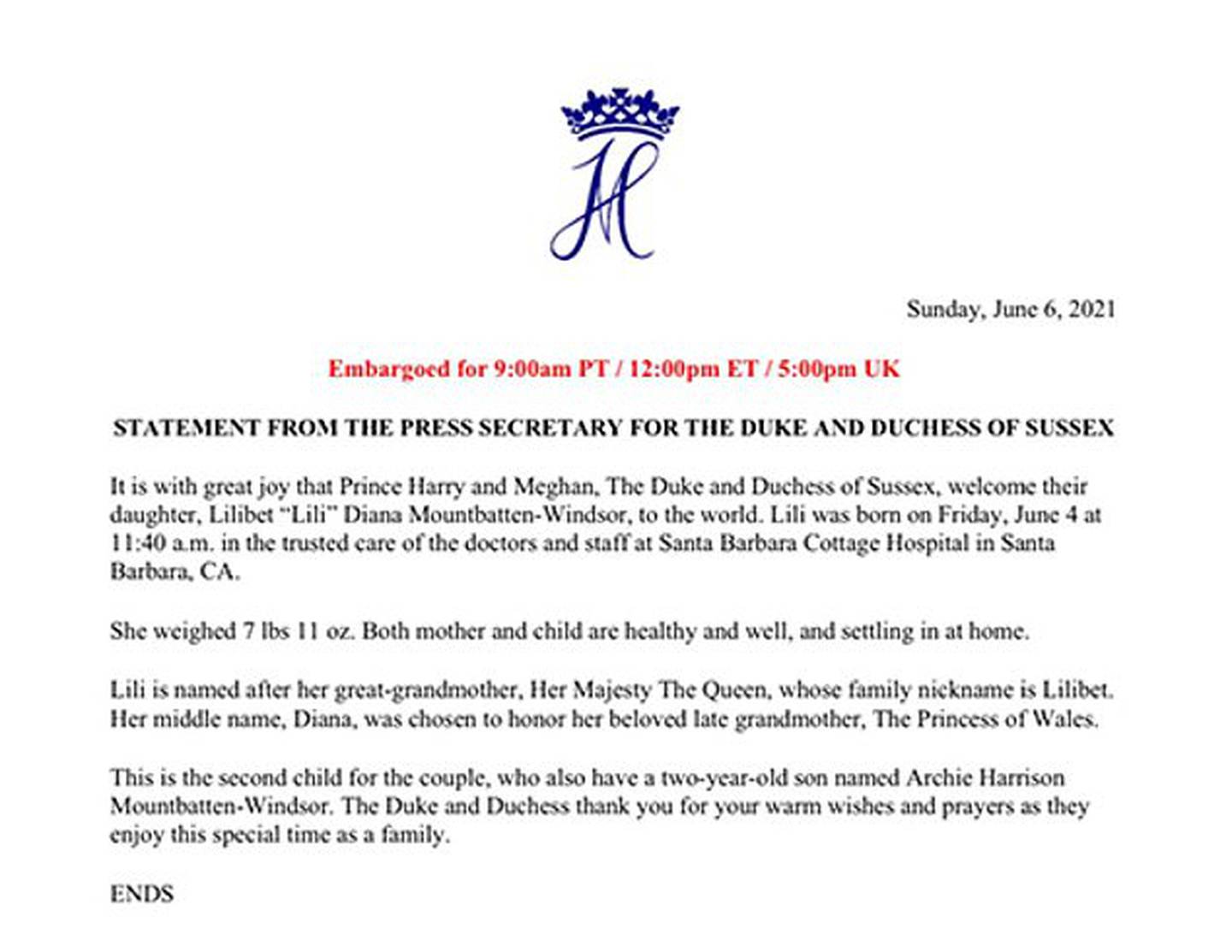 The statement from Harry and Meghan announcing the birth of their daughter Lilibet Diana. Image / Supplied

Harry and Meghan responded with fury to a BBC report last week, saying the Sussexes had not asked the Queen whether she objected to the name.

They engaged a lawyer to contest the story, which they described as "false and defamatory".

"This is about whether or not what is being reported is an accurate version of what actually happened," a royal source told the Daily Mail.

Queen Elizabeth managed to put all controversy aside as she smiled at the Trooping of the Colour yesterday and hosted the G7 summit reception on Friday.

The removal of this longstanding policy should see Buckingham Palace issue a number of corrections for things it would in the past have stayed silent about.