The Duchess of Cornwall will be crowned Queen Camilla when Prince Charles ascends to the throne, the Queen has indicated as she uses her Platinum Jubilee message to speak unequivocally about her succession.

In a written message to country and Commonwealth, Her Majesty moved to resolve the key issue that has dogged the Duchess of Cornwall since she married into the Royal family in 2005.

The Queen expressed her "sincere wish" that her daughter-in-law should become "Queen Consort" when the Prince of Wales becomes King.

As she marks the 70th anniversary of her accession to the throne today, she urges the public to support her eldest son and "his wife Camilla" in the same way they have shown their love and loyalty throughout her long reign.

"I remain eternally grateful for, and humbled by, the loyalty and affection that you continue to give me," the Queen said, in a message released in time for Accession Day.

"And when, in the fullness of time, my son Charles becomes King, I know you will give him and his wife Camilla the same support that you have given me; and it is my sincere wish that, when that time comes, Camilla will be known as Queen Consort as she continues her own loyal service."

Her words confirm that the Duchess of Cornwall will one day be known to the public as Queen Camilla and addressed as "Her Majesty". She will be crowned side-by-side with her husband.

The style follows that of the Queen's mother, grandmother and great-grandmother – Queen Elizabeth, Queen Mary and Queen Alexandra. The Prince and Duchess were said to be "honoured and touched" by the Queen's warm words. 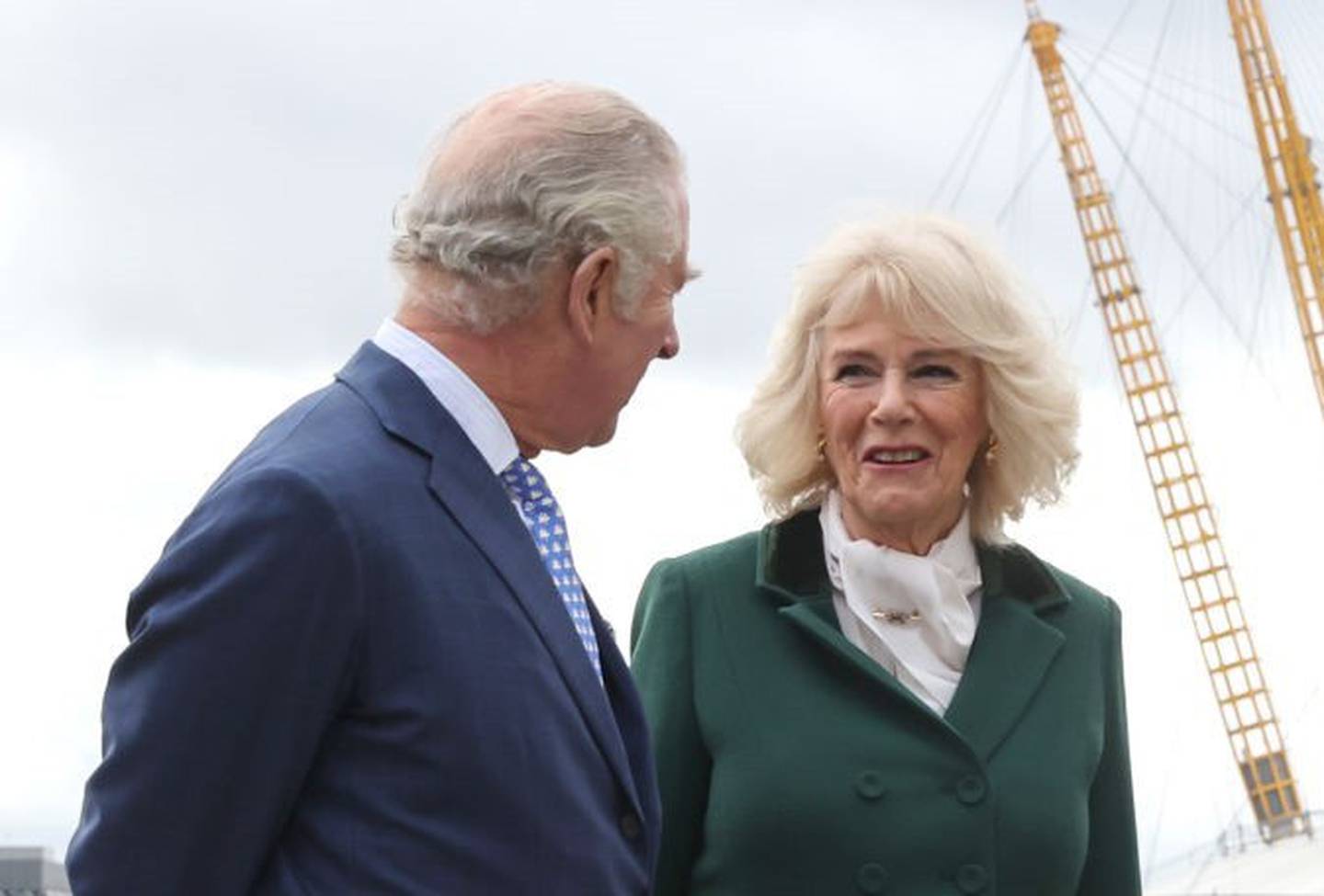 The Prince will be paying his own public tribute to his mother later today, in a statement of congratulation to the Queen upon reaching her Platinum Jubilee.

The Queen's request echoes a similar 2018 speech at the Commonwealth Heads of Government meeting in London, in which she told the 53 leaders assembled of her "sincere wish" that the Prince would be named as her successor as the next head of Commonwealth. Later that week, the heads of state confirmed that he would be.

It is the first time the Queen has made a personal plea to the public about the Duchess of Cornwall's future title, signalling her support of the woman once so scorned by much of the public.

The Duchess opted not to use the title Princess of Wales out of respect for its previous holder the late Diana, Princess of Wales. At the time of her marriage, aides had indicated she would be known only as "Princess Consort" when her husband became King, as a concession to public opinion. In recent years, as public feeling towards the Duchess has warmed, that promise has been quietly shelved. Many believed the question of her future title would not be resolved until the eventual death of the Queen, with more cynical royal-watchers predicting the palace would simply begin using the title "Queen Consort". The reference to her succession is particularly significant after Her Majesty suffered a period of ill health, necessitating her to perform only "light duties" at the age of 95.

In a moving message, around double the length of that issued for her Diamond Jubilee 10 years ago, the Queen paid an emotional tribute to the late Duke of Edinburgh, as well as her father and mother, who performed the role of Queen Consort so faultlessly.

Today the Queen marks the 70th anniversary of her accession to the throne in 1952.

"It is a day that, even after 70 years, I still remember as much for the death of my father, King George VI, as for the start of my reign," said the Queen. "As we mark this anniversary, it gives me pleasure to renew to you the pledge I gave in 1947 that my life will always be devoted to your service."

As I look ahead with a sense of hope and optimism to the year of my Platinum Jubilee, I am reminded of how much we can be thankful for."

Describing the "extraordinary progress" she has seen, the Queen said she was "confident" the future offered "similar opportunities".

In an unusually personal declaration, she noted: "I am fortunate to have had the steadfast and loving support of my family. I was blessed that in Prince Philip I had a partner willing to carry out the role of consort and unselfishly make the sacrifices that go with it.

"It is a role I saw my own mother perform during my father's reign." 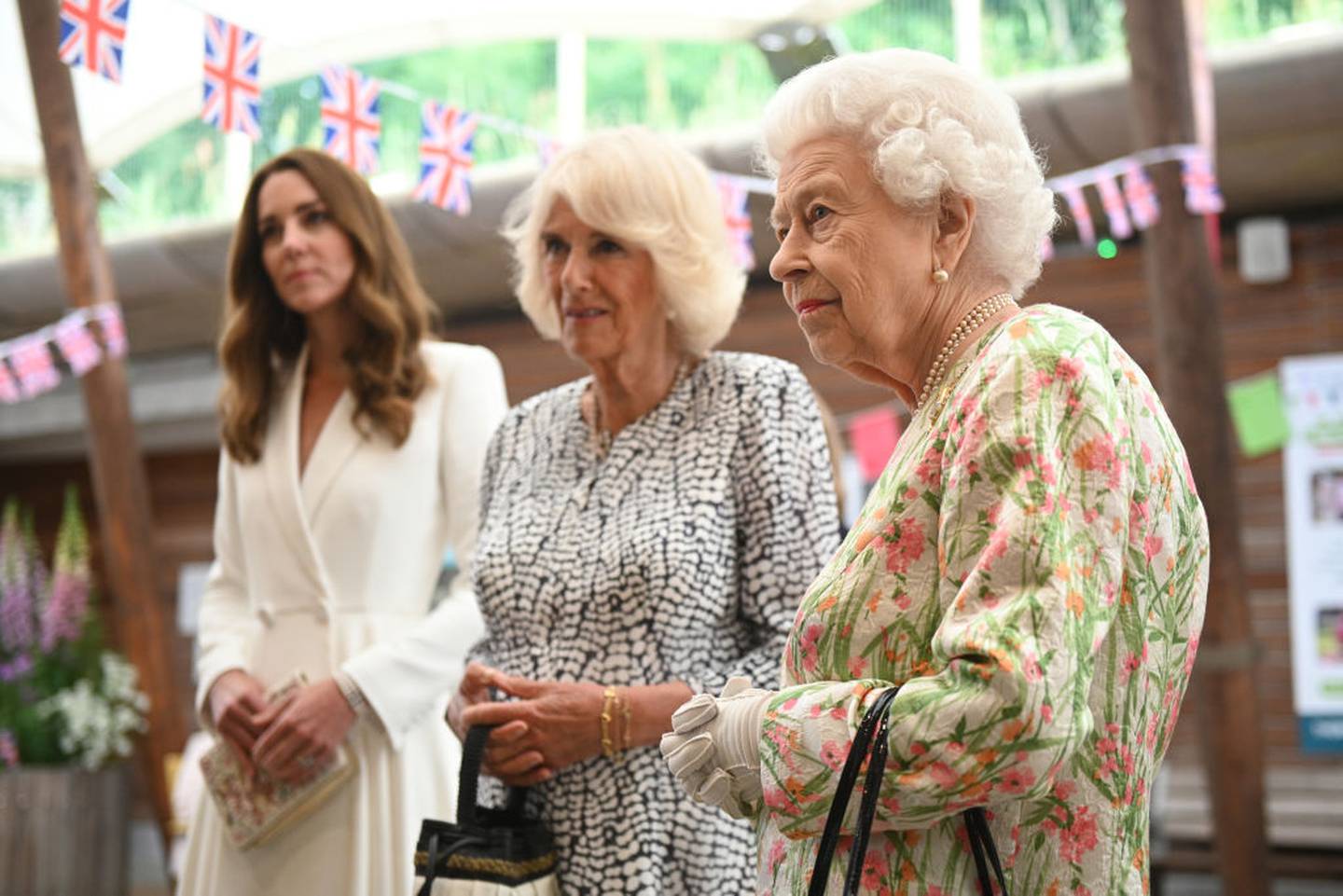 Succession: Camilla will sit between Catherine, Duchess of Cambridge, and Queen Elizabeth as queen on the British throne. Photo / Getty Images

Peter Hunt, a former BBC royal correspondent, said: "This is the most extraordinary message. The Queen is ensuring that the transition, when it comes, to her son as King is as seamless and trouble-free as possible. She's future-proofing an institution she's served for 70 years. And for Camilla, the journey from being the third person in a marriage to queen-in-waiting is complete."

Last month, the Telegraph reported that the Duchess of Cornwall was on track to be accepted as "Queen" after she received her highest public approval rating in a decade.

Today marks the beginning of the Queen's Platinum Jubilee celebrations. She will spend the day privately, in remembrance of her father. Later this year, the UK and Commonwealth will put on celebrations culminating in a bank holiday weekend from June 2 to 5, with a concert and pageant.