On Saturday, the 30-year-old niece of the late Princess Diana and fashion tycoon Michael Lewis, 62, married in a lavish ceremony in the Villa Aldobrandini in Frascati, Italy. 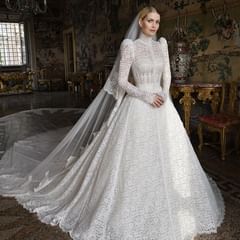 Kitty - who is a global ambassador for Dolce & Gabbana - wore a range of gowns designed by the Italian brand. So did a number of guests, including Viscountess Weymouth, DJ Marjorie Gubelmann and fashion designer Jade Holland Cooper, according to the Mail On Sunday newspaper. 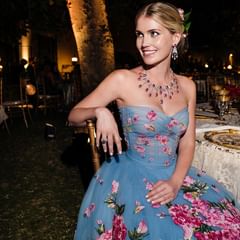 Lewis, chairman of Foschini Group, and Kitty were first reported to be dating in 2018, while he proposed in December 2019.

The pair are believed to have met through a mutual friend. Kitty - whose parents are Diana's brother Earl Spencer and model Victoria Lockwood - is believed to be close to Michael's three grown-up children.

Earlier this year, Kitty revealed she was looking forward to settling down into a "really happy" home life. 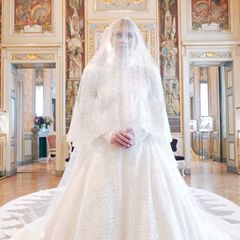 She said: "I just look forward to a really happy home life: a happy marriage and happy children. And I feel very at peace that things play out the way they should."

However, she explained that she tries to keep her relationship private. She said: "It's not that I don't place an importance on love. It's because, for me, love is the most important thing in the world, and I will protect it with all my heart by not making it a topic of
discussion. You open yourself up to other people having opinions, and it just isn't relevant to anybody's life but mine and my family's."