The Duke and Duchess of Cambridge joined Princess Charlotte and her brother Prince George as she arrived for her first day of school.

They were greeted on arrival by Helen Haslem, head of the lower school at Thomas's Battersea in London, the same school Prince George attends.

The 4-year-old princess wore her school uniform and greeted the head of the school with a handshake before holding Mum's hand to walk into the school.

Princess Charlotte will be known as Charlotte Cambridge while at school. 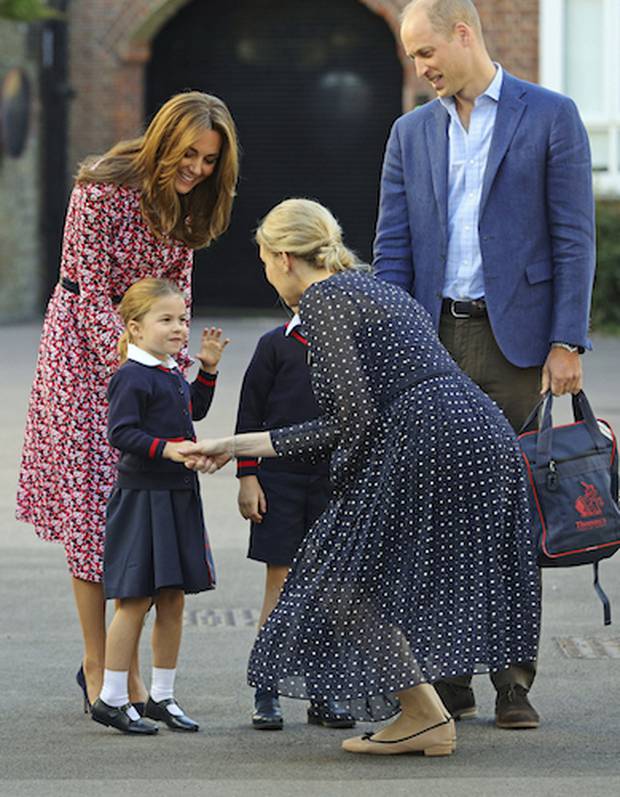 Helen Haslem, head of the lower school greets Britain's Princess Charlotte as she arrives for her first day of school at Thomas's Battersea in London, with her brother Prince George. Photo / AP