Prince Louis has stolen the show at the Queen's Trooping the Colour celebrations in London.

Louis' enthusiastic clapping after the end of the national anthem melted hearts. 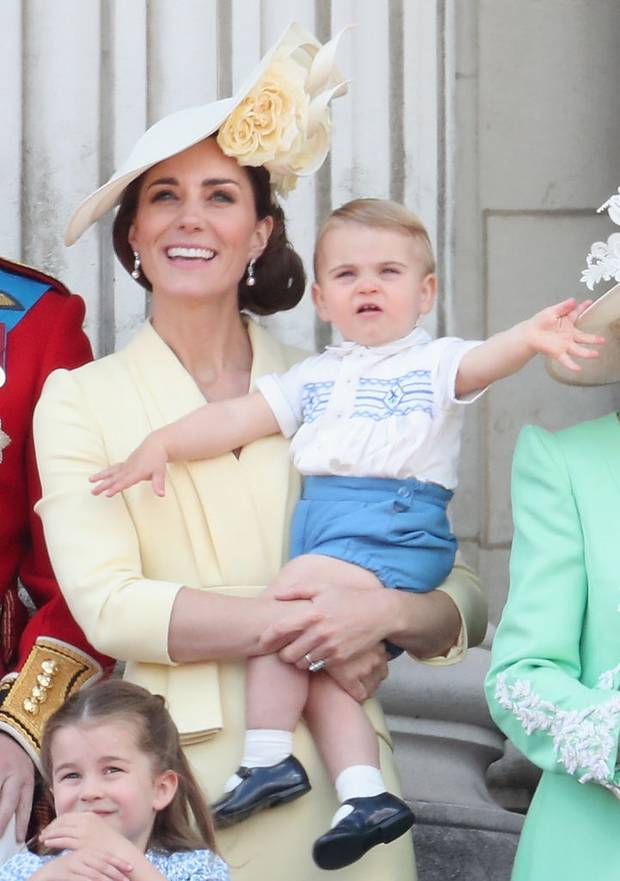 Catherine, Duchess of Cambridge holds Prince Louis while he waves at the crowds. Photo / Getty Images

With his older brother and sister, Prince George and Princess Charlotte, nearby Louis waved at the crowds enthusiastically and carried on waving as his father William carried him inside.

Louis, who only last month was shown in pictures walking for the first time, appears to be a natural as he lapped up the applause from thousands of royal fans outside the palace gates.

The smiling one-year-old toddler looked adorable as he peeked through the window at Buckingham Palace with his older siblings, Prince George and Princess Charlotte, and waved at the crowds on the balcony.

Prince Louis was seen peering at the crowds that had gathered outside the royal residence with his brother and sister, before making his public debut. 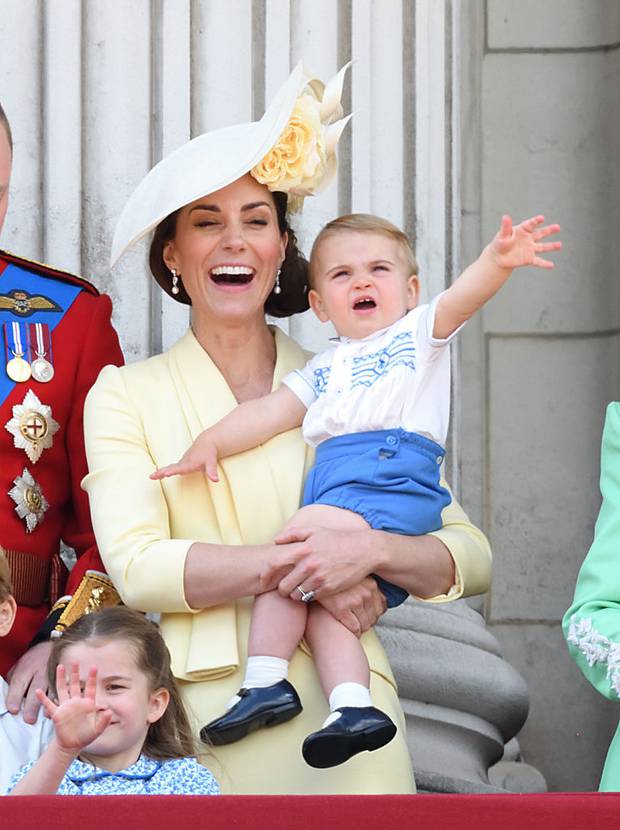 Prince Louis was excited by all the noise and the parade, to the delight of his parents. Photo / Getty Images

It's been tradition for the young Cambridge children to attend their first engagement at Trooping the Colour.

Princess Charlotte, now four, made her debut in 2016, and her big brother Prince George, now five, in 2015. 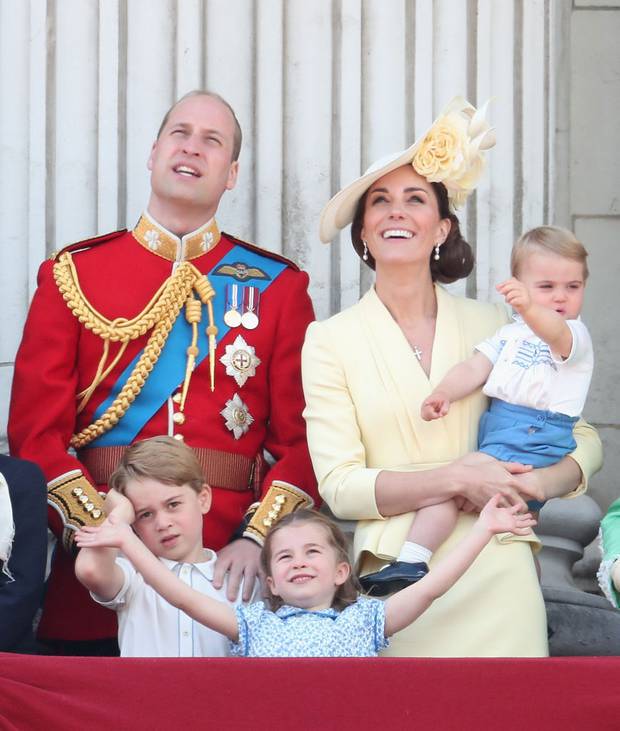 The birthday celebration, on June 8, also sees Meghan, Duchess of Sussex ending her maternity leave and returning to official duties.

The event is also the first royal engagement for the Duchess, who gave birth just 31 days ago to baby Archie. 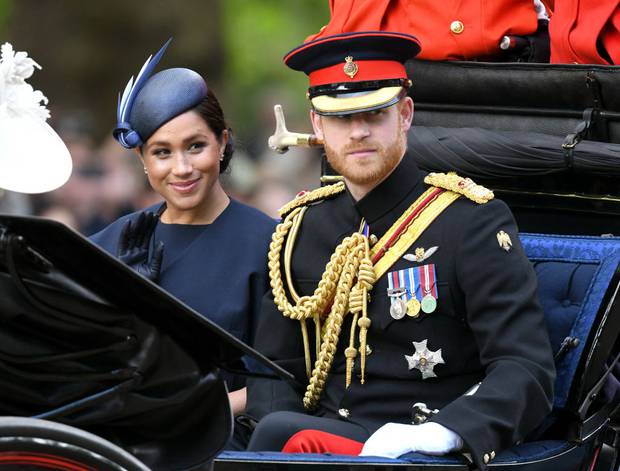 Prince Harry, Duke of Sussex and Meghan, Duchess of Sussex . This was the first event Meghan attended since giving birth to their son Archie. Photo / Getty Images

The mum-of-one was last seen two days after giving birth, when the Duke and Duchess of Sussex presented Archie to the world.

Meghan made one of her first official royal engagements at the Trooping last year after marrying Prince Harry last May.