The very best thing about being Harry and Meghan, Duke and Duchess of Sussex, right now, as far as I can tell, is that no one is going to make them go to Birmingham. On Friday, the Commonwealth Games opened in the Midlands city and in the coming days, various members of the royal family will be sent forth to do their flag-waving best.

Never mind that much of Europe is busy slathering on the SPF 50 or that the Queen has begun her usual summer hols or that the beaches of Mustique are calling. To be a working member of the British monarchy this week requires that all available HRHs front up while looking jolly pleased to have to wear a Team GB polo shirt and watch badminton.

Having absconded more than two and a half years ago for sunnier climes and fatter bank accounts, this sort of tedious duty is no longer part of the Sussexes' lives. 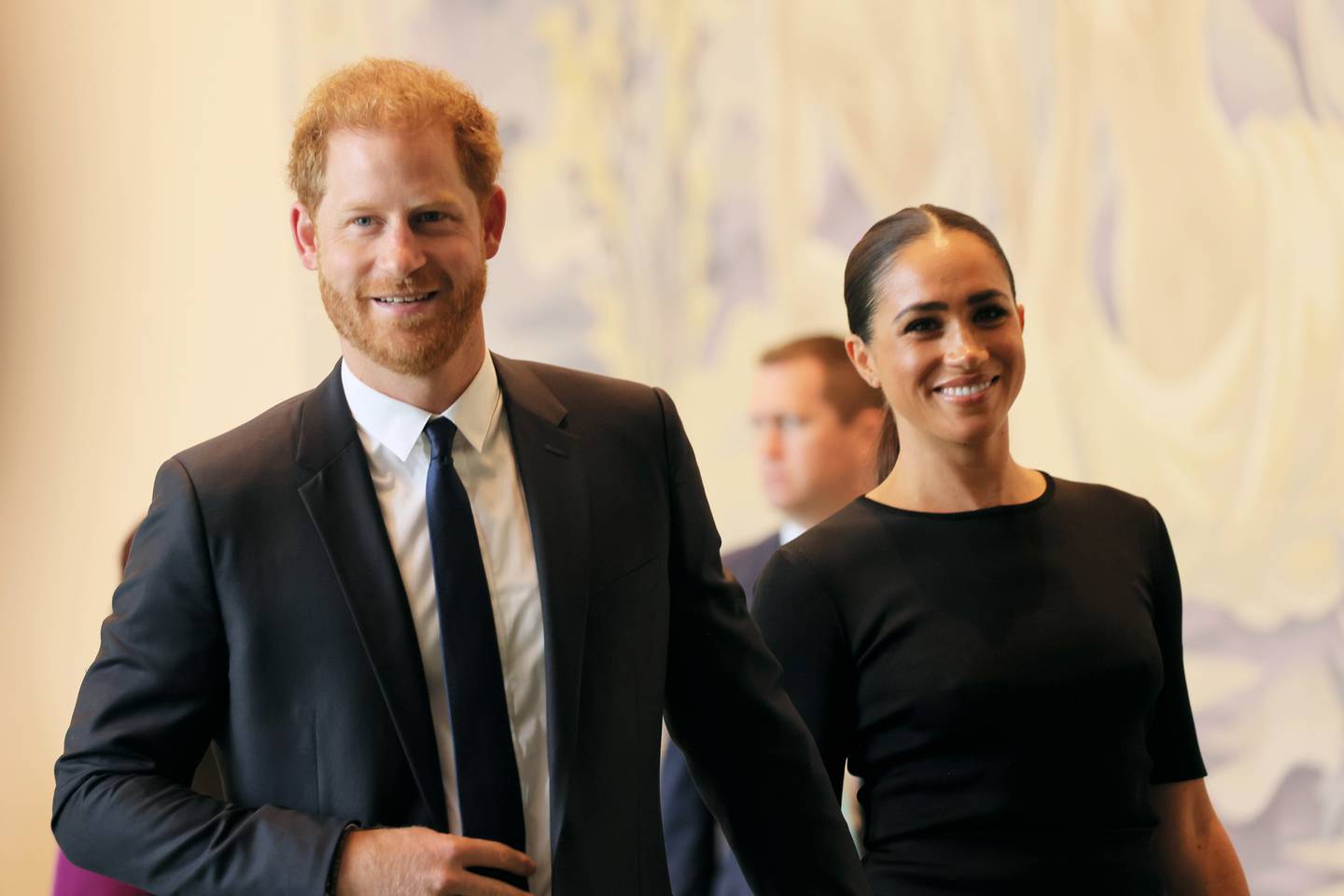 Harry and Meghan have escaped the drudgery of royal engagements. Photo / Getty Images

However, aside from the fact that the couple won't have to contend with so much polyester and so many hours of archery anytime soon, things are not exactly looking that rosy over Montecito way, with the couple having taken hit after hit over the last 12 days or so.

Rewind to July 18 and Harry and Meghan were jetting into New York where they had an appointment at the UN, with the Duke having been asked to give the address to mark Nelson Mandela Day. In the couple strode to the famed building's foyer, a masterful demonstration of what has become a hallmark of their post-royal careers – purposefully marching into the important buildings for supposedly important meetings and events after which … nothing much would seem to happen.

Anyway, they were back! Back at doing their quasi-royal darnedest! Harry had a speech, Meghan had a Jackie O-esque black dress – what could possibly go wrong?

Well, for one thing, not that many people turned up. As the Duke of Sussex gave his address, talking about climate change (conveniently forgetting that the family uses private jets on the reg), disinformation and abortion rights (all the good stars on these fronts) the vast majority of the seats were visibly empty. 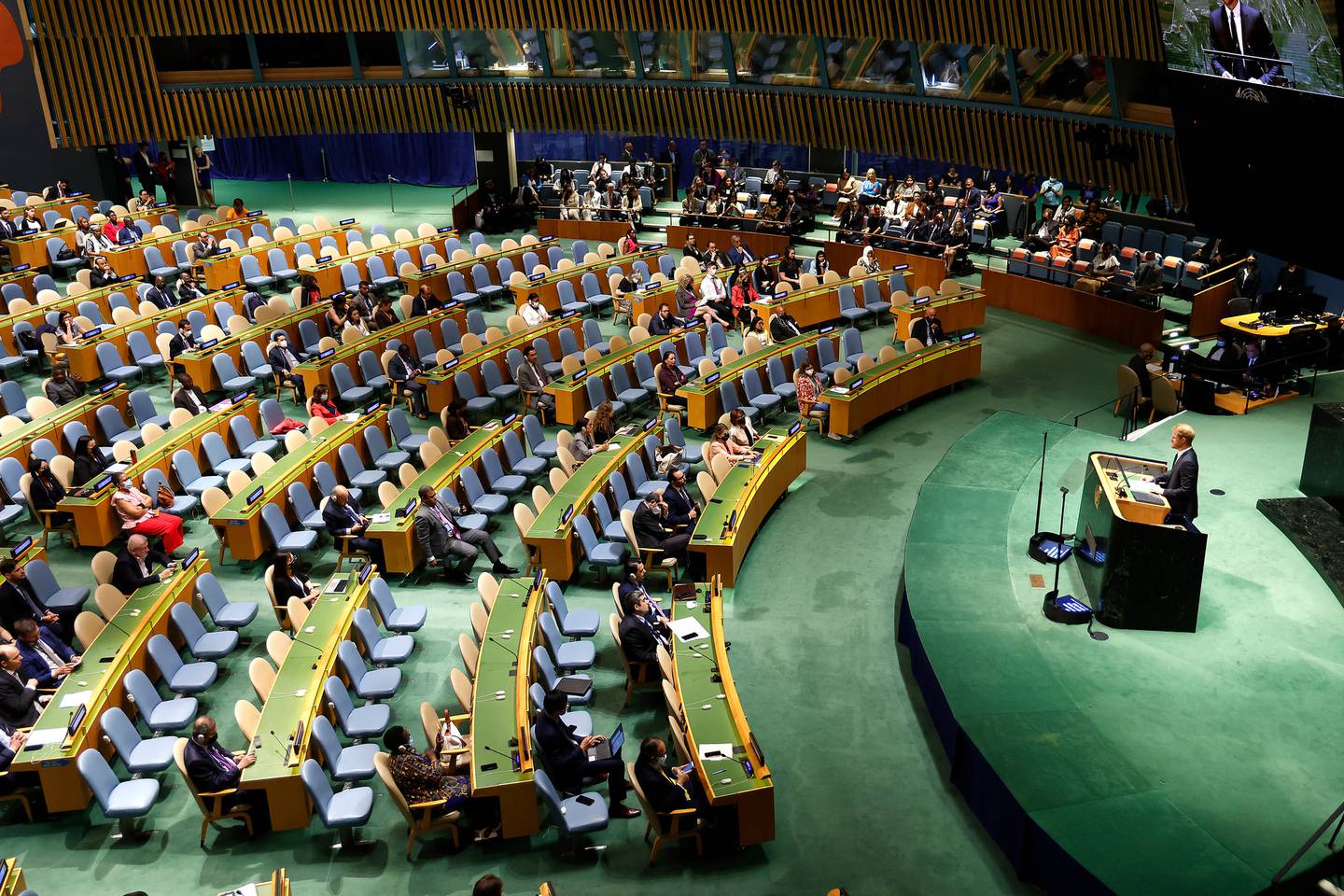 For whatever reason, the bulk of the great and good of the international body would seem to have decided to be elsewhere and not watch the sixth in line to the throne have a crack at international statesmanship. (Maybe the UN cafeteria was serving waffles?)

If Harry looked grim when the couple were caught by the paparazzi leaving Italian restaurant Locanda Verde, he had every reason to look sour. That week saw the publication of biographer Tom Bower's Revenge: Meghan, Harry and the War Between the Windsors.

Bower's book is a largely unrelenting, highly unflattering take on the Sussexes, casting them as fuelled by ego and some misguided notion that Meghan was going to be Diana mark two, aside from the fact that, in the biographer's telling, she seemed to have no interest in the monarchy, no willingness to learn its fusty ropes and little enthusiasm for the boring parts of HRH-dom.

As the week progressed, Bower did the press rounds, offering a series of caustic takes including that he thought "they pose a real threat to the royal family" and labelling the duchess "a very scheming" person. 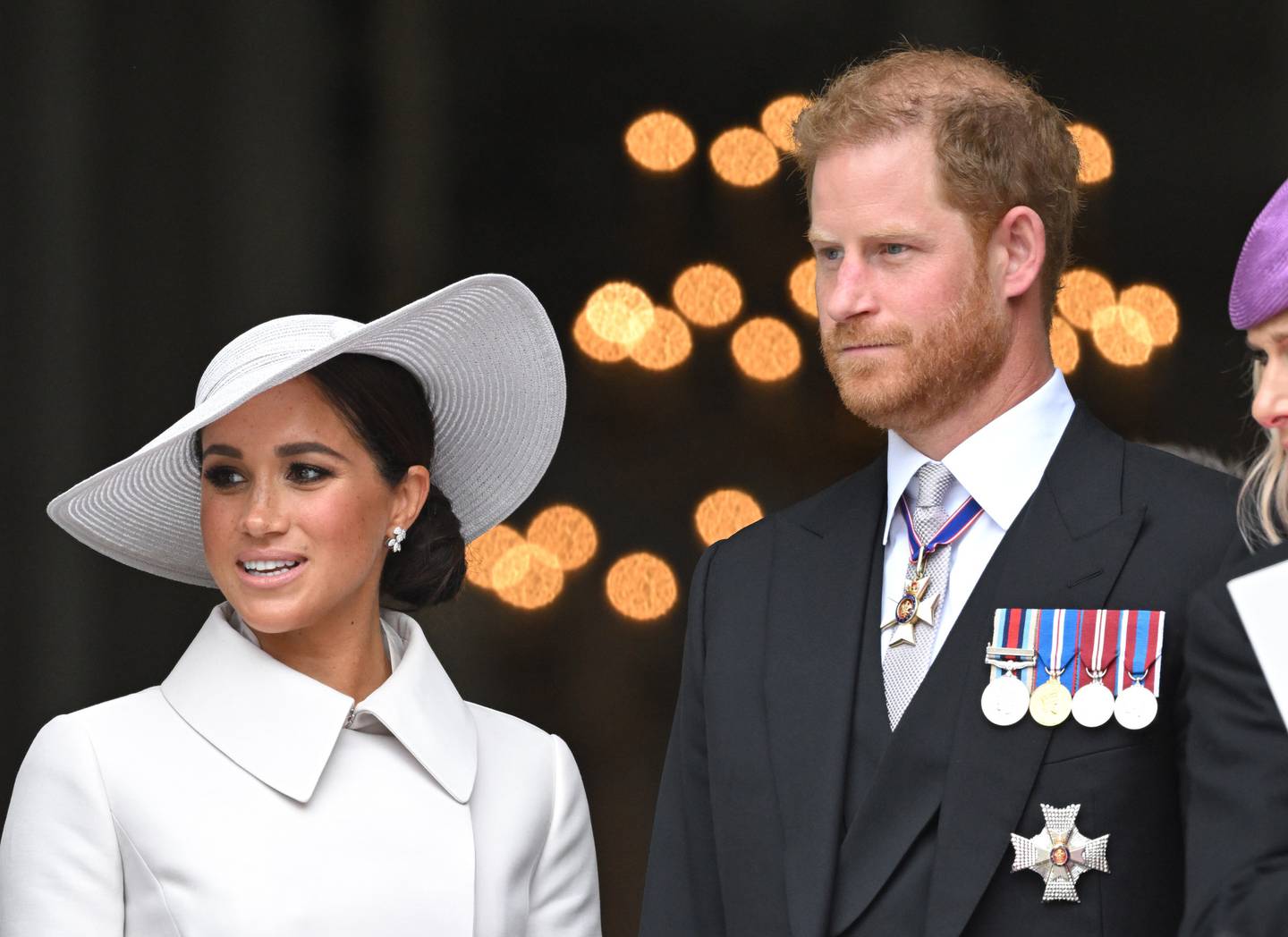 What is surprising has been the reaction from Montecito, with the Sussexes having so far not commented. While in the past, the duo have filed multiple court cases against various media outlets and sent out legal letters during the storm over their daughter Lilibet's name, in this instance they have remained staunchly silent.

Then came the development playing out in a court in Florida when lawyers for the Duchess got into the "subjective" nature of truth. Earlier this year, the former actress was sued by her estranged half-sister Samantha Markle for allegedly telling "false and malicious lies" during her bombshell Oprah Winfrey interview last year.

This week, the Duchess of Sussex's lawyers moved to dismiss the case, with legal papers filed by their side arguing that Meghan's description of growing up "as an only child" during the interview was "obviously not meant to be a statement of objective fact" and was "a textbook example of a subjective statement about how a person feels about her childhood".

While it's an argument that has more than a tinge of Philosophy 101 (what is truth?), this strategy then raises an obvious question: if Meghan's characterisation about her upbringing was "subjective" then were any of the other devastating claims she made during the two-hour tell-all "subjective" too? 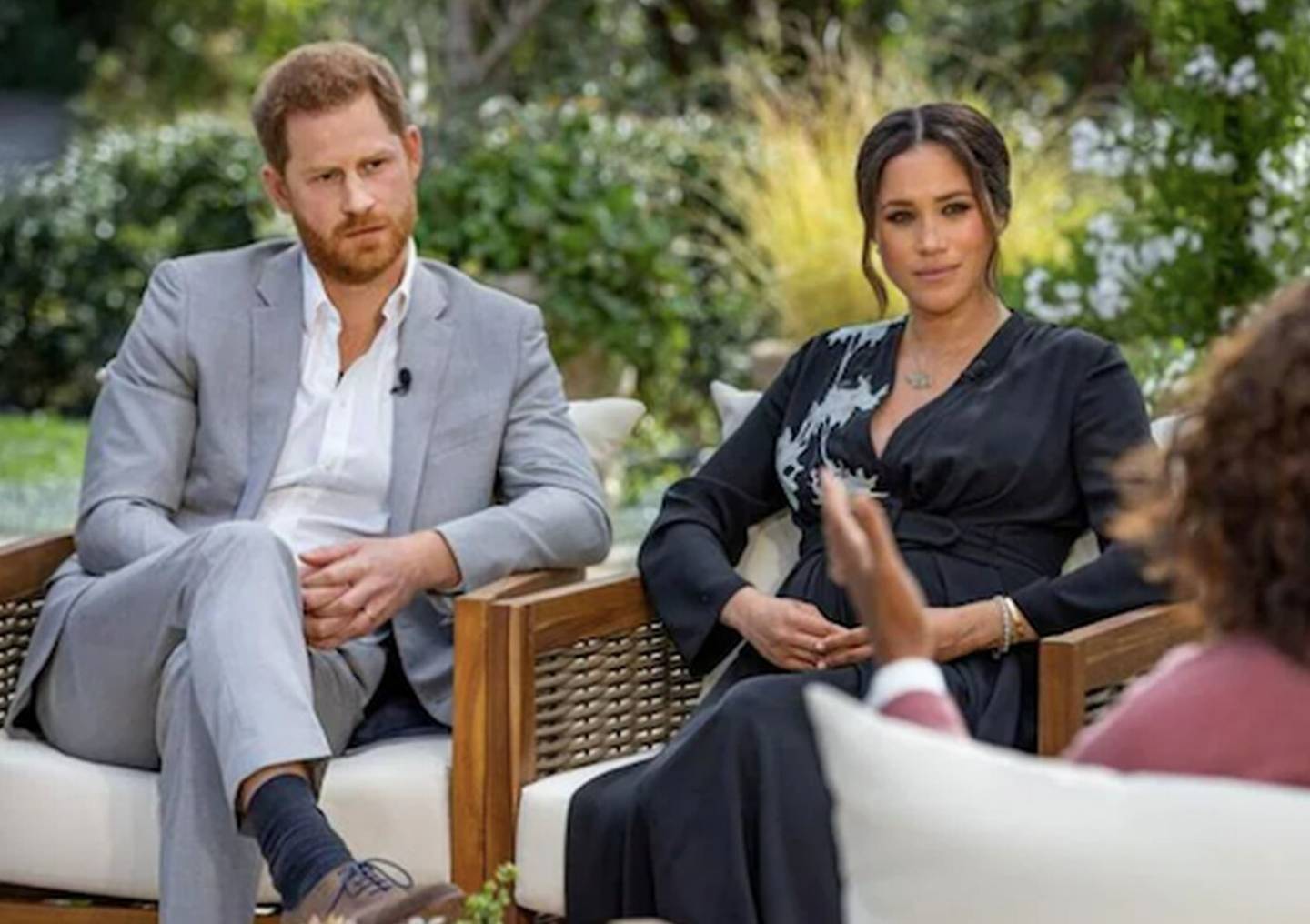 Meghan and Harry during their interview with Oprah Winfrey. Photo / Getty Images

One bright spot on the horizon for the duo during all this was Harry's successful appeal to the High Court for a judicial review over the Home Office's decision to no longer automatically grant him full-time bodyguards when he is in the UK.

Except, even this was not exactly a slam dunk; just because the review was granted does not mean it will automatically be successful.

Then there is the cost of the whole legal imbroglio. The Sun has reported that the UK Government has spent NZ$177,016 on the case from September last year to May 2020. If Harry's costs are similar, that would mean he has also spent well into the six figures to argue the case over his security arrangements, which only pertain to the handful of days per year he has spent, on average, in the UK since quitting.

That bill could only go up if he ultimately loses the case, with the Home Office having previously said it will look to recover costs if they win.

While August is a traditionally quiet month on Planet Royal, the rest of the year is shaping up to be a barnstormer of a doozy.

Harry is looking down the barrel of some of the most monumental months of his life since the sonic boom of Megxit, with news his memoir will be published before Christmas and with Page Six having reported that Netflix wants the couple's "at home" docu series (shush you in the back there yelling "reality show"!) to hit screens this year too. 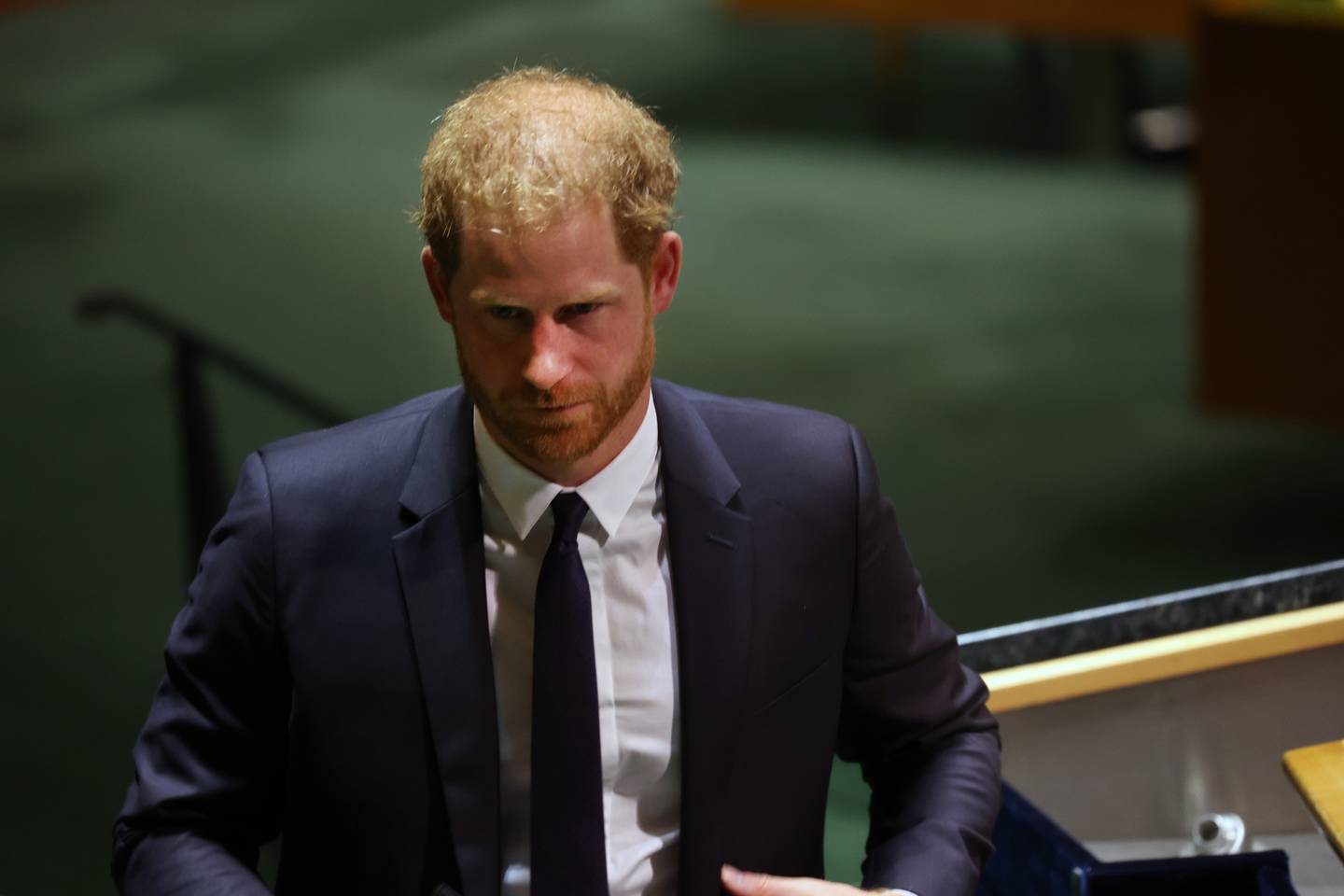 This book and show will very likely prove to be huge commercial successes for the couple, much-needed professional wins after having released exactly no content up until this point for the streaming giant, since 2020 – but at what cost?

If either or both of these projects are focused on little more than the Sussexes launching a fresh volley of complaints about their treatment by the royal family, interspersed with some vignettes of them doing some caring, they could be playing with fire.

If this scenario comes to pass, they would run the risk of looking dangerously like little more than perpetual whingers who are clinging to the self-appointed victim status inside their $23.4 million mansion at a time when war, fire, floods and monkeypox are blighting the world.

Also, what toll could these two releases take on his tattered relationship with the House of Windsor, a bond that is reportedly hanging by a thread?

As the Sun's former royal editor Duncan Lacrombe recently told the Daily Beast: "Once the book is out, William will have to make a decision about what he is going to do about Harry, but he is not going to do a thing until he knows what is on every page of that book. The reality is that if, as a senior member of the royal family, you have written a tell-all book, you have broken rule No1 of the royal family." 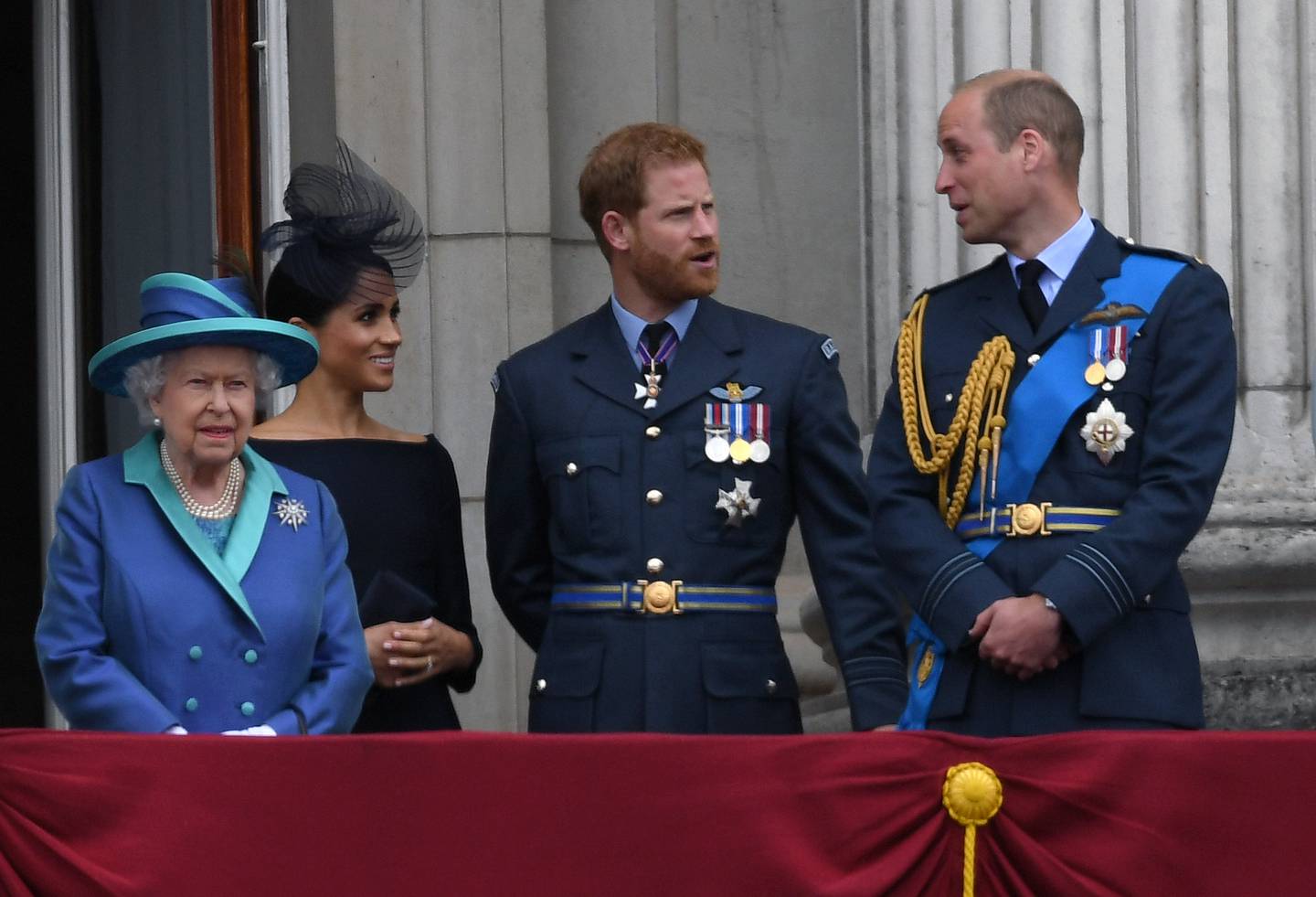 William will have to make a decision about what he's going to do about Harry. Photo / Getty Images

If Harry's book and/or their Netflix series sees them paint big fresh targets on the monarchy's backs then will Queen & co sit idly by and suffer through a fresh hellish round of monarchical character assassinations?

Thus far the Sussexes' repeated media provocations have been met with a certain imperiousness and contrived dismissiveness from London but should the Duke and Duchess continue to bait the royal family, we might soon discover that The Firm has some very sharp teeth.

For example, the duo do still, of course, use their gifted Sussex titles from the Queen, day in and day out. While only Parliament could officially revoke those titles, that is not to say the weight of the Crown and Harry's father and brother could not be brought to bear to pressure them to no longer use them.

There is so much on the line for them in the coming month – their image, reputations, careers and potentially even a large chunk of money. But, there is always a silver lining: At least no one is going to be making them sit through a table tennis match any time soon.

- Daniela Elser is a royal expert and a writer with more than 15 years' experience working with a number of Australia's leading media titles.