Chances are, if you’re venturing from Christchurch to the West Coast, you’ll vault over the Main Divide through Arthur’s Pass on State Highway 73. It’s the fastest way to reach Greymouth or Hokitika, although the Lewis Pass, north of Christchurch, is the more direct route to reach Westport and Buller. Understandably, for time-pressed road-trippers, it’s all about destination and not so much the journey. But State Highway 73, which has earned the moniker, the Great Alpine Highway, is a journey of awe and saga, if you set aside the day to savour its grandeur. From Christchurch, it’s just two hours’ drive time to reach the compact alpine village of Arthur's Pass and the alpine summit. As the Garden City blurs in your rearview mirror, the iron-flat landscape opens out into a patchwork quilt of pastoral fields stretching across the Canterbury plains. Some celebrated pie-stops soon beckon. Locals swear by the tasty pastry delights at The Darfield Café & Bakery. As the serrated peaks of Torlesse Range shuffles ever closer, so does Sheffield, home to the award-winning Famous Sheffield Pie Shop. Home-style baking, traditional cakes, creamed treats and yes, gorgeous pies are all part of the package. Pie picks? The venison and whisky relish combo, or the traditional steak and mushroom are equally drool-worthy. One final taste-bud destination before the natural theatre takes hold – Springfield, home of the famous pink doughnut. The six-tonne landmark replaces an earlier version which was damaged by fire in 2009, which was originally installed to celebrate The Simpsons movie release. If the sculpture leaves you hankering, rest assured, the Springfield Donuts caravan is where to head for their tasty doughy bundles of joy. Choose your own toppings!

Beyond Springfield, the paddocks and pivot irrigators give way to tussock-mopped foothills of the Southern Alps, rolling country and majestic alpine views, as you haul your way up Porters Pass – a cherished haunt for weekend daytrips offering free family fun in freshly fallen snow, at a height of 939 metres. Just beyond Porters Pass, enjoy a lakeside stroll, wrapped in alpine majesty at Lake Lyndon. Back on the highway, the Castle Hill Basin unfurls its splendour, accentuated by one of the road trip’s biggest headliners, the spell-binding limestone rock formations. In recent years, the site has captured the imagination of global travellers, as scenes from the 2005 blockbuster, The Chronicles of Narnia: The Lion, the Witch and the Wardrobe were filmed here. Kura Tāwhiti/Castle Hill was once under a large, shallow inland sea that began to fill in about 30 million years ago. Pressure over time caused extensive uplift, folding and faulting of the Torlesse and Craigieburn ranges. The limestone rock has been eroded by water into wondrous and whimsical sculptured landforms. Some of the rock outcrops are 30 metres high, adding to the natural drama. Kura Tāwhiti is revered by Ngāi Tahu, the iwi have a long association with the area, as a place their forebears would shelter on food gathering trips. Kumara was previously cultivated in the area. The grand, fortress-like limestone rock battlements of Kura Tāwhiti prompted early European travellers to name the area Castle Hill. The easy 20 minute access track will get you up and close with these bewitching formations, fawned over by rock-climbers. The site is also a refuge for hidden treasures - some of the rarest and most endangered plants in Canterbury. Once covered in tōtara and tall shrubs, tussock and pasture are now the norm, with one lone, surviving tōtara nearby.

Kura Tāwhiti was the first reserve to be established in New Zealand specifically to protect a plant – the Castle Hill buttercup. With just 67 plants in existence, the Castle Hill buttercup can only be found within this 6-hectare reserve. You’ll find it in flower from October to December. Bounded by the high mountains of the Torlesse Range to the east and the Craigieburn Range to the west, the limestone tors are a captivating site. The nearby Craigieburn Forest Park is a fantastic spot for a picnic and outdoorsy pursuits. The Castle Hill Community Association has helped develop a network of four dual-use mountain biking and tramping tracks in the area known as the Craigieburn Trails, in addition to the existing tracks across the forest park. 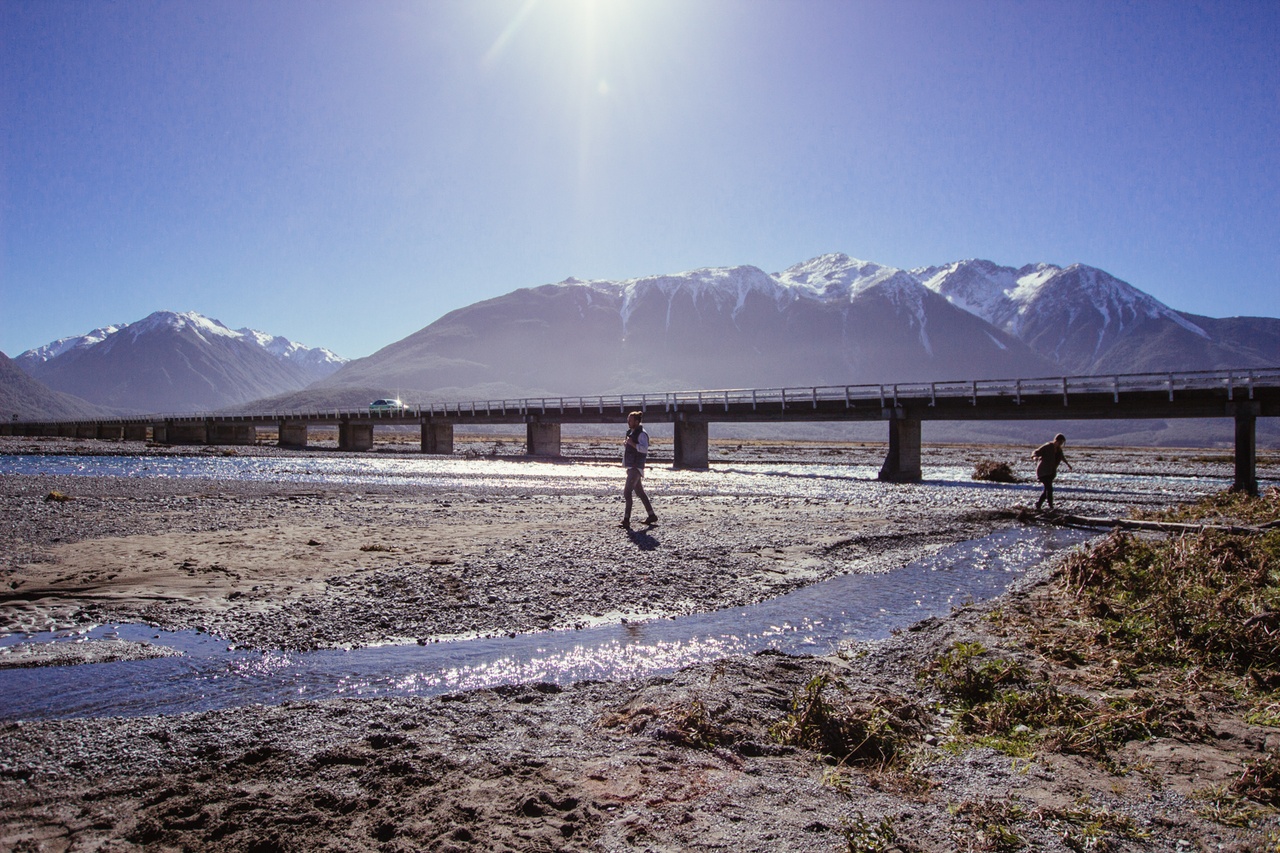 Back on the road, sidle up to another alpine body of water, Lake Pearson, a large and attractive hourglass shaped lake, popular for trout and salmon fishing. Before long, the sinuous expanse of the upper reaches of the Waimakariri River dominate the landscape, as the highway hugs its banks. Drink stop? Pop into the time-honoured, history-dripping Bealey Hotel, which scooped a frenzy of media attention 25 years ago, after the publican claimed he’d had a personal encounter with moa – even wrestling with the bird before it got away! Irishman Paddy Freaney’s sighting of the bird, believed to be extinct since 1550, unleashed giddy moa mania. Alas, no first-hand evidence was ever produced. Was it just an elaborate publicity stunt for the Bealey Hotel?  Paddy steadfastly insisted that his sighting was no joke.

Amusingly, the hotel’s logo is today emblazoned with the moa. The township was established in 1867, with the Cobb & Co coach service shuttling hardy travellers between Christchurch and the West Coast goldfields, with an overnight stop in Bealey. (As an aside, those horse-drawn services continued until the railway’s opening in 1923. The horses must have been relieved – the average lifespan of a coach horse was just 18 months.) Beginning life as the Glacier Hotel, in the 1880s’, hotel proprietor, James O’Malley pioneered alpine tourism in these parts, personally guiding guests to see the glaciers crowning the head of the Waimakariri Valley. The hotel still provides comfortable accommodation and hearty hospitality in the Crafty Moa Restaurant & Bar. It’s a wonderful bolt-hole and base camp in the wilderness. 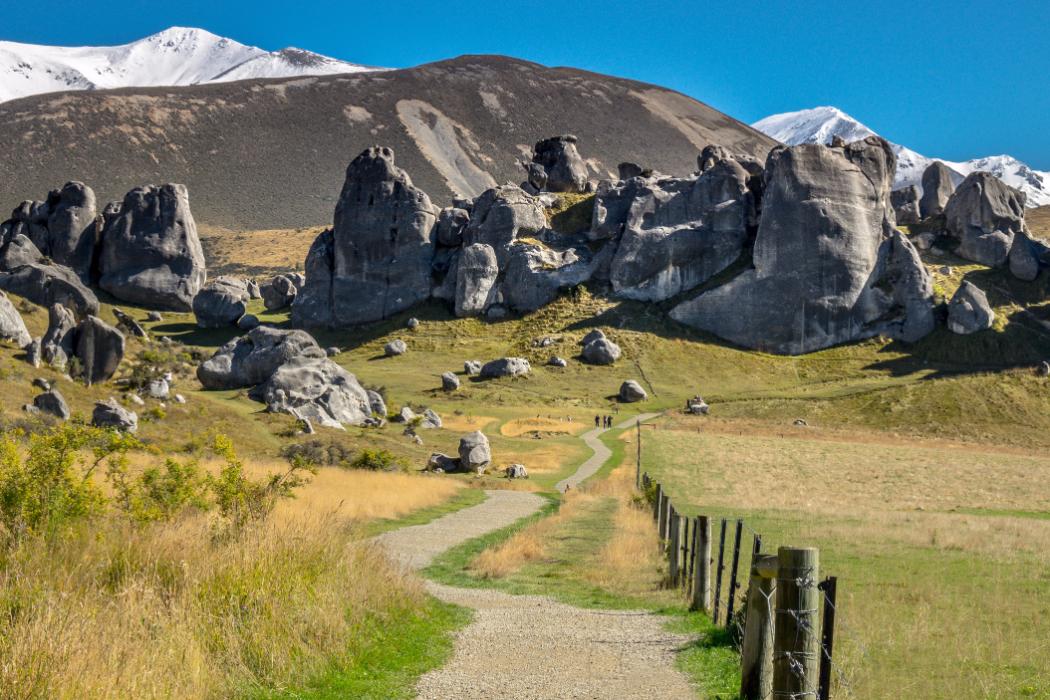 From Bealey, the highway crosses the Waimakariri River, entering Arthur’s Pass National Park, with the Bealey River shimmering to your right. Tootling through the dense beech forest, as the snow-capped peaks of the Southern Alps imperiously tower around you, the rustic alpine village of Arthur’s Pass soon rises up to greet you. Its backstory is imbued with nearly as much guts and glory as the knock-out alpine scenery. The township and the pass pay tribute to Arthur Dudley Dobson who had been tasked by Canterbury’s Chief Surveyor, Thomas Cass, to find an alpine route through to the West Coast from the Waimakariri watershed, as the Gold Rush began. In 1864, Arthur and brother Edward trekked over the watershed, ascending the Bealey Valley, steeply dropping down into the Otira Valley.

A West Coast Māori chief, Tarapuhi, had told Arthur of this pass that Māori hunting-parties occasionally used, particularly to gather pounamu. It was duly deemed the most direct crossing and the Cobb & Co coach service plied the road, following its opening in 1866. The family link continued, as it was Arthur’s father, Edward Dobson who was the engineering chief for the roading project. It remains the highest mountain pass, at 920 metres, across the Alps today. Later, the Ōtira tunnel took the railway line beneath the alpine pass, which gave birth to its namesake alpine hamlet, beginning life as a construction settlement for tunnel workers. Some of the original iron huts remain as holiday homes. When the Otirā railway tunnel opened as the longest in the British Empire in 1923, the fledgling alpine village dramatically morphed as a destination by rail daytrippers from Christchurch.

Picking wildflowers and cutting trees for firewood were just some of the downsides to the sudden influx of up to 1600 daytrippers per day. Over-tourism in the roaring 20s! Parliament was soon petitioned for protection and Arthur's Pass became New Zealand’s third national park in 1929 – and the first in the South Island. On my recent visit, the small settlement was abuzz with bikers, hikers and day-trippers, eagerly lining up to grab some lunch from the eateries, flanking the highway. The fearlessly audacious kea, the world's only alpine parrot, was out in force, vividly reinforcing their cheeky reputation for chewing and shredding car aerials and window wipers. Don’t feed these guys – they’ll get sick. If you can read their leg tags you can find out which kea you have seen by visiting the kea conservation database. 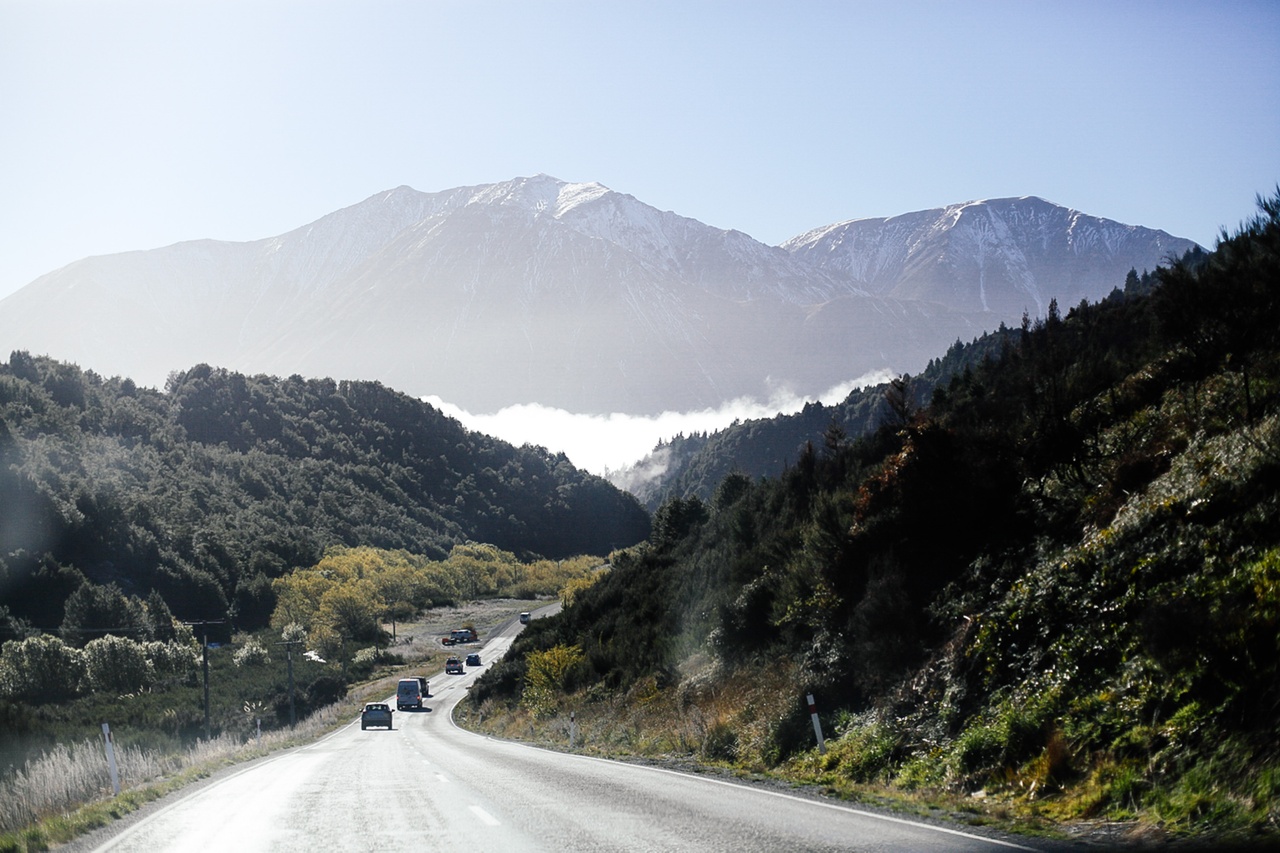 Well-marked day walks fan out around the national park's alpine valleys, providing mountain and waterfall views, spanning all levels of endurance. There’s a gorgeous historic walk circuit, threading together a plethora of nuggets around the village. Head to the DOC Visitor’s Centre to size up all the walking options. The classic Arthur's Pass track is to Avalanche Peak, a 7km loop taking around six to eight hours. It's a moderate to strenuous trail, so a good standard of fitness is essential for the total climb and descent of around 1000m. The final 200m on a narrow ridge is not for the faint-hearted. The full Arthur's Pass Walking Track, a 6.8km (two hours, 40 minutes) route leads you to the historic Dobson Memorial on the summit.

Taking in waterfalls and supreme mountain views, it's a relatively easy walk with a short steep section around Bridal Veil Falls. If you’re up for shorter walk, opt for Devil's Punchbowl Falls. It’s an easy 2km (one hour) experience and the most popular walk with visitors. After rain, those falls gush like a fire hydrant. (From the Punchbowl car park, a short walk takes you directly above the rail tunnel. time it right and you can feel the rumble of the train passing beneath you.) At the other end of the spectrum, a challenging and rigorous work-out ensues on the steep three-hour return track to killer alpine views at Temple Basin. Be wary, the fickle weather can change incredibly quickly on this thigh-burning hike. Drive beyond Arthur’s Pass village to reach the summit. The Dobson Memorial at is a great stop, laced in walking trails.

In the warmer months, the summer alpine wildflowers are stunning. Revel in the engineering prowess of this weather-beaten alpine highway. Previously prone to being blocked by landslides or avalanches, much of the risk was mitigated with the opening of the gob-smacking Otira Viaduct in 1999, spanning 440 metres of unstable terrain. This impressive engineering feat soars above the steep gorge and tight zig-zags of the old road. You can call into the viaduct lookout at ‘Deaths Corner’ to see the old and new roads. The Great Alpine Highway is a triumph for travellers, nourishing the soul at every turn, loaded with history, pioneering spirit and truly epic wilderness scenery. Take your time. Soak it up.

Enjoy a splash of spring in Christchurch, your base camp for wider exploration. From urban food safaris and botanical delights to world-beating walks and the highest mountains, unleash your spirit of adventure in Canterbury. For more inspiration, head to www.christchurchnz.com