When Paula Bennett left politics in 2020, she knew that it was going to be tough living life on the outside, but now she says she has finally found her way back to the real Paula.

The 53-year-old former Deputy Prime Minister has always been an outgoing person, but politics shaped her into someone she confesses she didn't feel entirely comfortable being for a long time.

"People would always say to me, 'You're so much more fun than I thought you would be.' And I would say to them, 'Well, a two-minute interview on the tiles of Parliament when I'm being asked if I've misspent $20 million isn't fun," says Paula.

"I still get asked a lot about politics, don't get me wrong, but it doesn't traumatise me now quite as much as it did for the first 12 months after I left."

One surprising thing that has helped Paula find her way back to her real self is her decision to front a game show on television, something you don't see a lot of former deputy prime ministers doing in this country.

The second series of Give Us a Clue is about to air on TVNZ 1 and Paula admits that the show went a long way to helping her step out of her political persona. 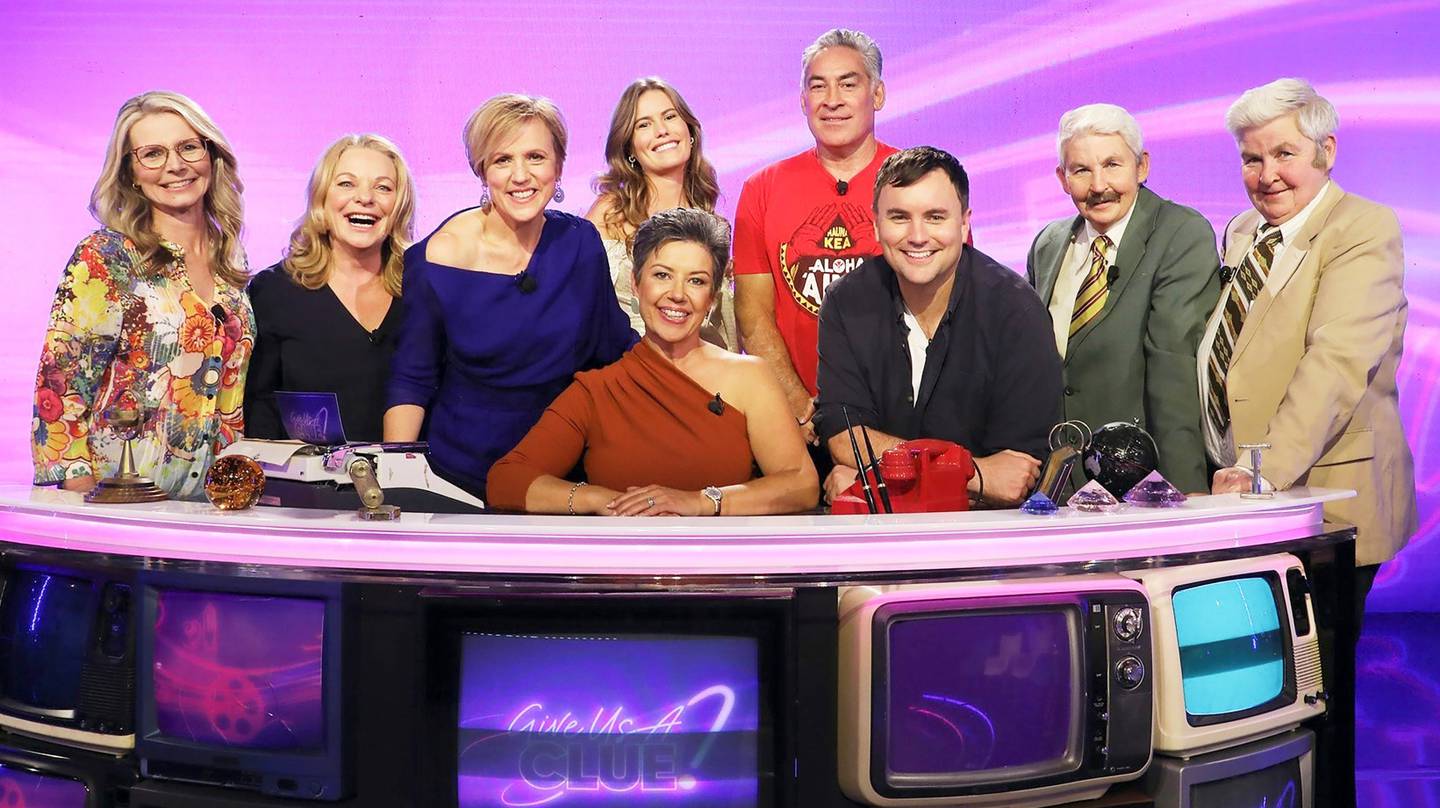 "It took me about 12 months to detox from Parliament and Give Us a Clue was a big part of it.

Keep up with the latest in lifestyle and entertainment

Get the latest lifestyle & entertainment headlines straight to your inbox.

The performance required me to learn some new skills, but just backing myself for the role in the first place took me way out of my comfort zone. It helped that I was in that mindset of just embracing everything and then seeing what happens."

Paula says she really expected someone at TVNZ to turn her down.

"But I backed myself and thought, 'Wouldn't it be kind of cool that a woman in her early 50s could do something like that?'

"And then they said yes really quickly and I thought, 'Well, I'm on now. It's all go! They liked what they saw, and so I was going to step up and just be myself."

Paula admits to feeling somewhat overwhelmed when she walked in on her first day and sat next to broadcasting veteran Hilary Barry, who is a team leader on the show. 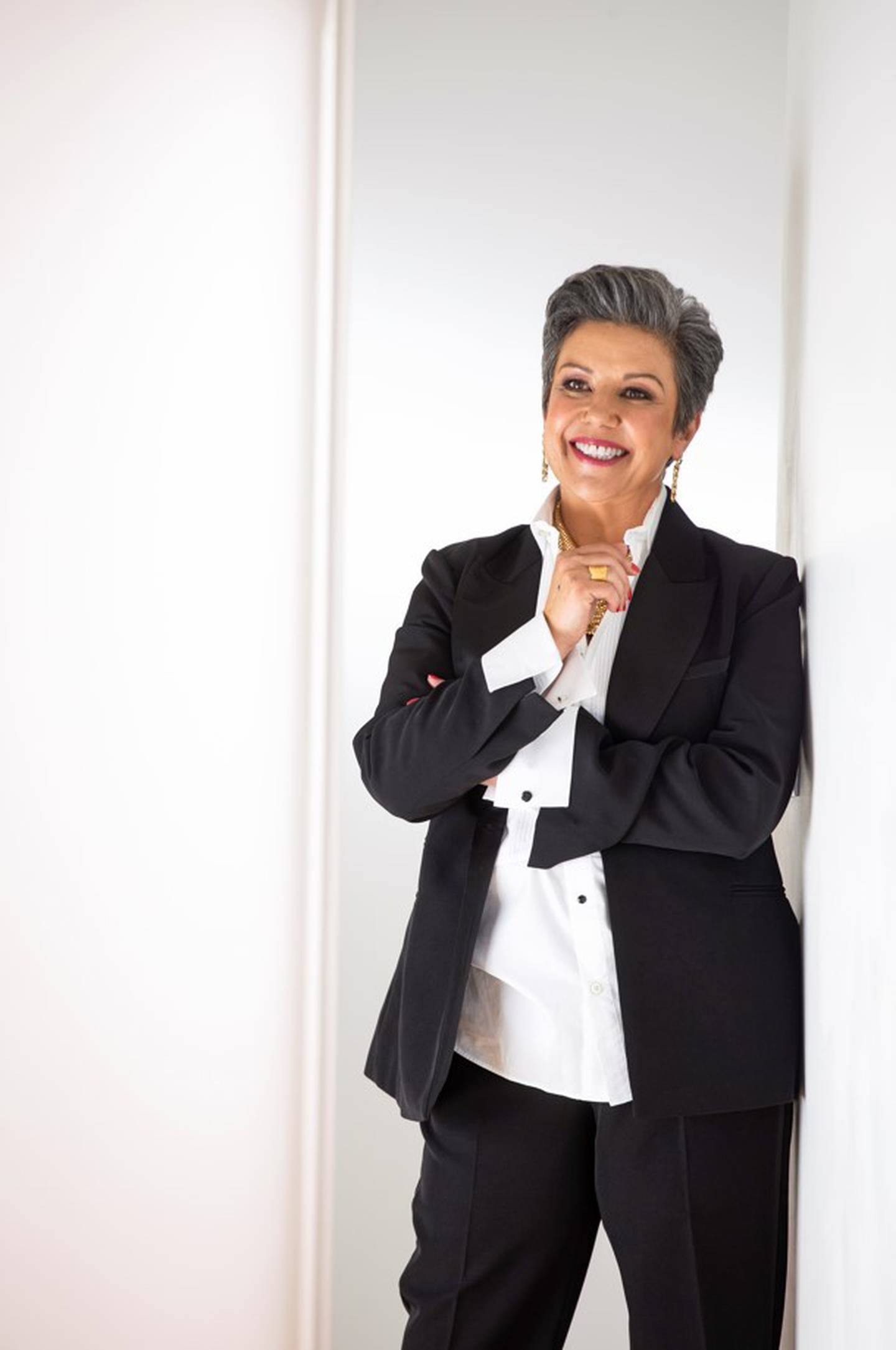 "I believed it when people told me I would amount to nothing," Paula said. Photo / Supplied

"You're sitting there, thinking, 'Oh, my God, these people are legends and here I am giving it a bit of a go for the first time.' But Hilary and Kerre Woodham [who is a contestant on the show] were so wonderful to me. They didn't instruct me or tell me what to do. They said, 'You're going to be great – don't worry about it.'"

Buoyed by this broadcasting sisterhood, Paula found the confidence to launch herself into hosting a TV show, and when she made a mistake and had to do another take, she was told not to worry because Paul Holmes sometimes had to do retakes six times.

"And if I got stuck on a word, which happens, and every time you try to redo it you just can't get that word out, Kerre came up and told me to stop thinking about the word I was stumbling on because I was overthinking it. And it worked!

"These women were being so generous with their tips and supporting me, and coming from them, it meant a lot."

But going into that studio meant Paula was also carrying her former political self with her and wondering how she would manage transitioning from what she calls "old life/new life".

"We were a couple of days into filming and there was a guest who probably wasn't a big fan of mine politically, which was cool," she says. "But after filming, I was getting changed and as I walked in, everyone was having a glass of wine and I overheard her saying, 'Oh, my God, Paula Bennett was fantastic and how insightful to get someone new on the show like that.'

"I just thought that was so lovely and genuine, and not said for any other reason than they meant it, so that sort of thing really boosted my confidence." 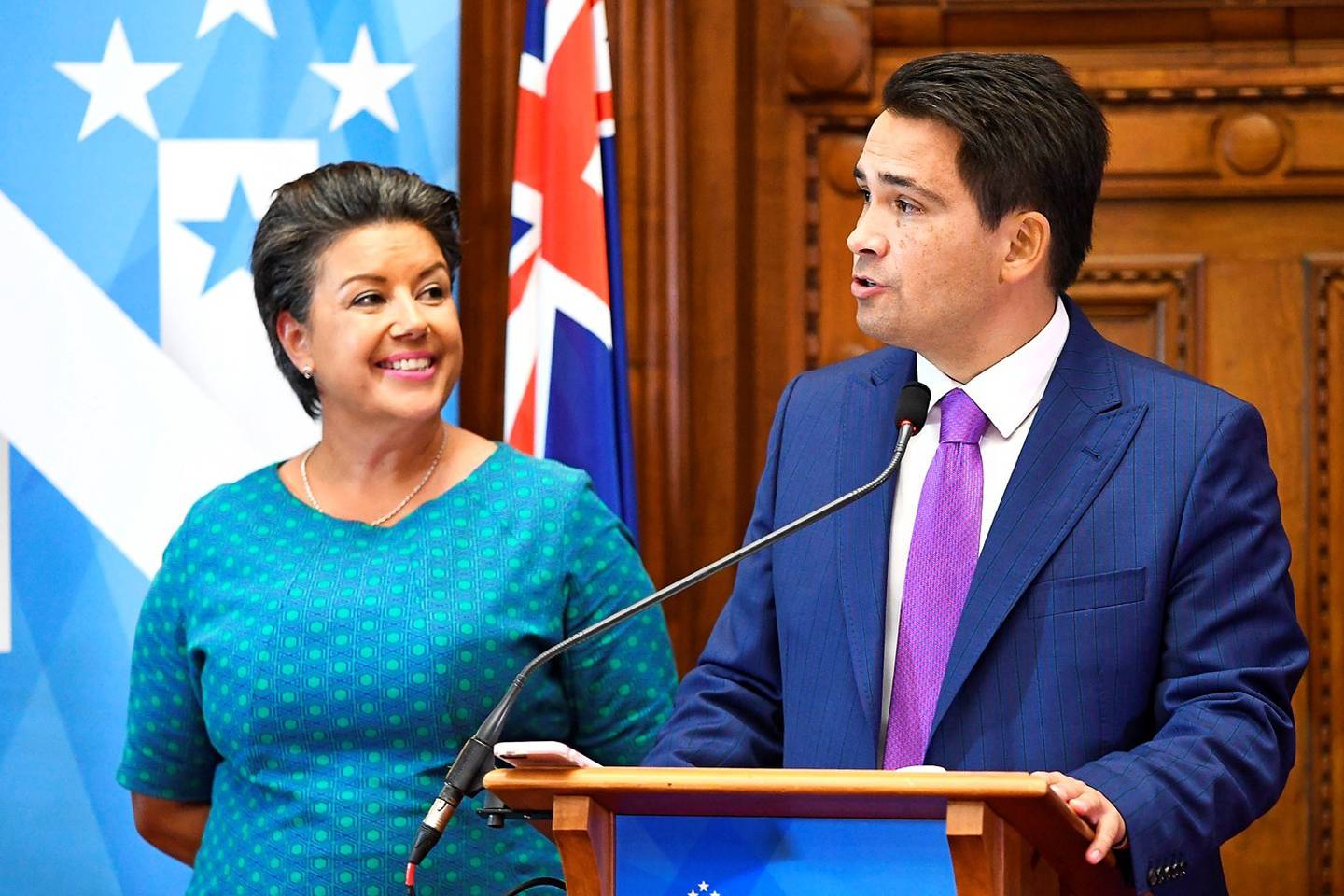 Paula has since realised that the woman who was turning up to that TV studio was a very different woman from the one who was in Parliament for 15 years because, back then, she had to protect herself and her privacy and build up resilience.

"I built a lot of walls around me because being a woman in politics is hard. I was just reading in the newspaper this morning about the social media attacks on Nanaia [Mahuta, Minister of Foreign Affairs and Local Government]. Although you want to be your authentic self, you equally got very protective of yourself.

"I had to find out how to get back to me because I had lost her and for a long time people were judging me on my politics, quite rightly. So, when I left, I had to work out how to strip that back again and work out how to get other people to see me as someone who is no longer in that kind of role."

Something that has really helped is Paula's work at Bayley's Realty Group's commercial division, where she works in an advisory role as their National Director of Client Solutions.

Like many former politicians, she has a lot of knowledge of how things work inside government departments and she can help those who haven't. 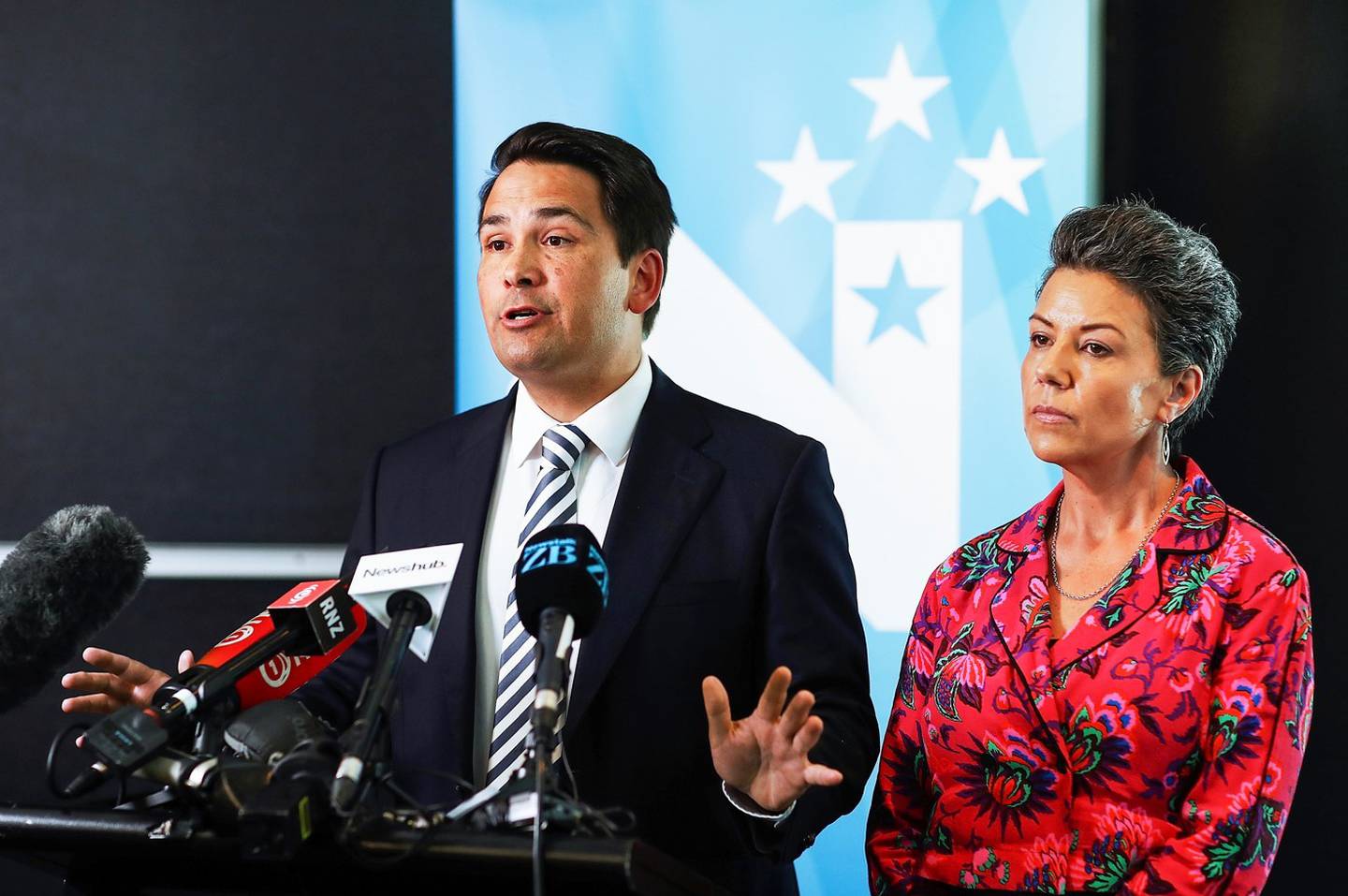 Paula says when she got the job, she knew she had been institutionalised in Parliament, but within a couple of months, she realised that she'd be talking to some incredibly bright people and she knew how to fix their problems.

"I would tell them how to do it, then think, 'Did I just make that look too easy?'" she laughs.

Paula has also started writing a weekly column for the NZ Herald, which she loves.

"Opinion writers are either really emotive, writing about how they had sex last night and this is how it went, or they are so statistical that I read four sentences and give up. So, I'm trying to be in the middle where there is emotion and there is a real person in it. However, most of the time it's about issues that are important to everyone."

As we talk on Zoom, Paula looks healthy, happy and gorgeous with her designer glasses and her trademark short grey hair. Standing up to show off her new blue shirt dress, she says, "I work with a lot of younger girls, so I have to be sure that what I wear is length-appropriate for my age and for my own comfort." 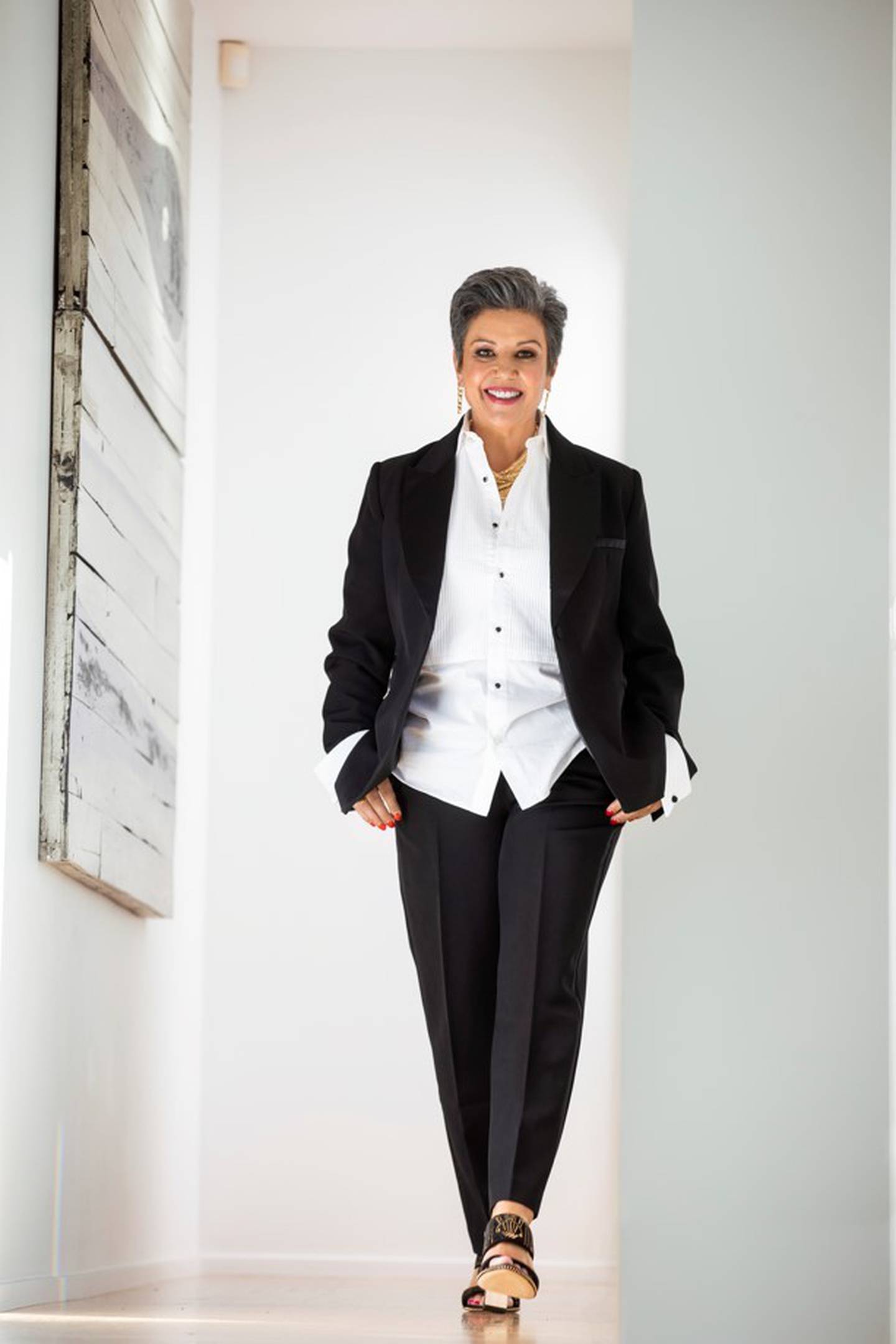 "I built a lot of walls about me because being a woman in politics is hard." says Paula. Photo / Supplied

It is obvious that the old Paula has fully transitioned into new Paula and she quite likes who she's become, but also very aware that it took a while to get here.

"When I was very young, I was egotistical enough to believe that I could do anything and be anything," she explains. "But then in my teenage years, I got all those insecurities that you get at that age and I went completely off the rails. Thank goodness there wasn't social media in those days because I had these absolutely wild years!"

Paula had her daughter Ana at the age of 17 and lost all her confidence.

"I believed it when people told me I would amount to nothing. So, for about 15 years, I was living day-to-day and surviving was more on the cards than thriving." 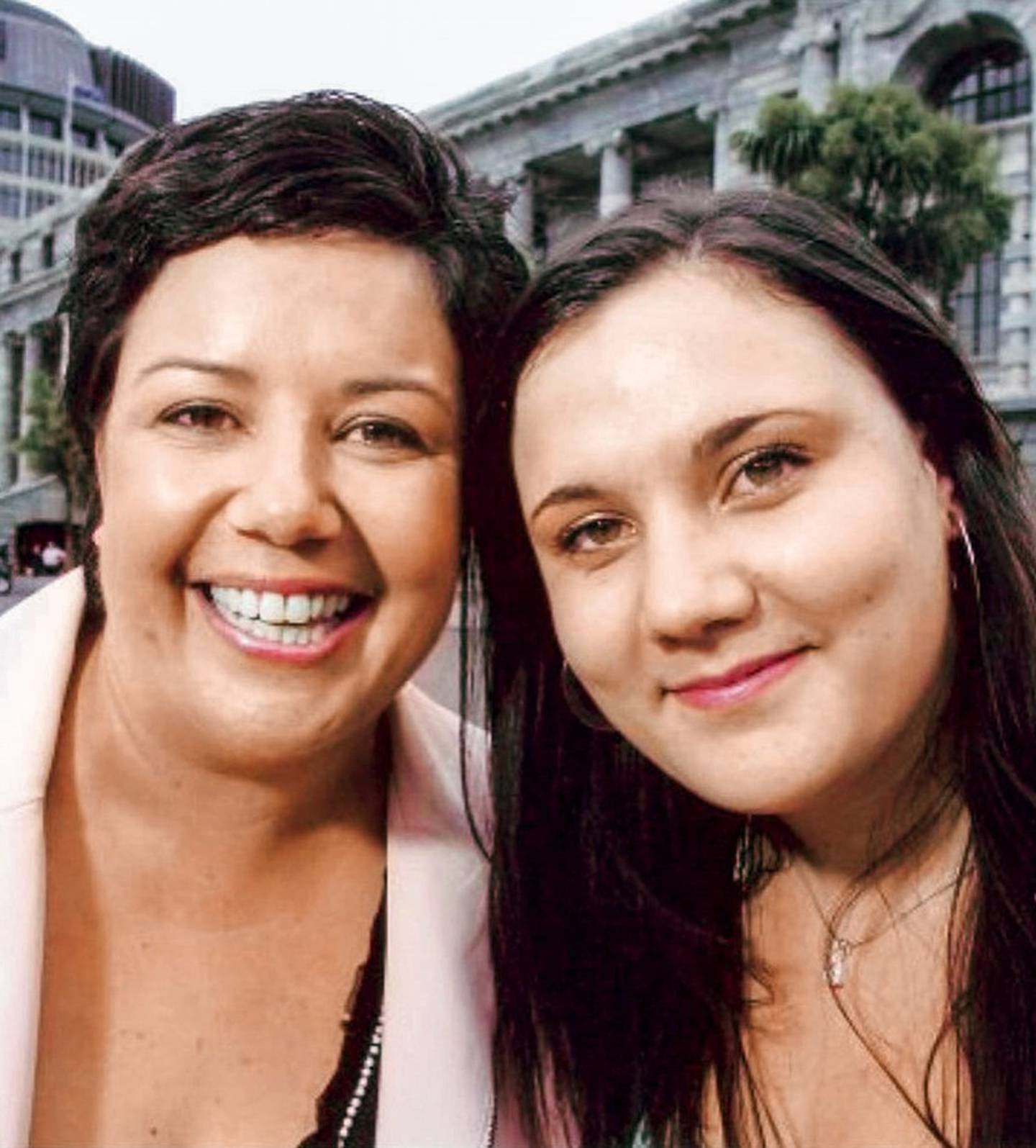 Paula and daughter Ana in 2005 after her maiden speech in Parliament. Photo / Supplied

But when Paula found her voice, she worked hard to get to the place she is today. She says Ana is extremely proud of her, as Paula is of her daughter.

Paula is at the age where she has elderly parents she supports, and a daughter and three grandchildren aged 15, 10 and eight who she adores.

"I'm at a really fortunate time in my life where I can give my parents some time," she shares. "I couldn't do that when I was in politics, so I feel really pleased that I can help them manage with health issues and help them keep their independence for as long as possible."

And the day after our interview, she and husband Alan Philps flew off to Australia to spend a week with Ana's family.

"Alan asked what time our flight was, and I said, 'I don't care. Let's get there at 6am!' I am that excited to be going away." 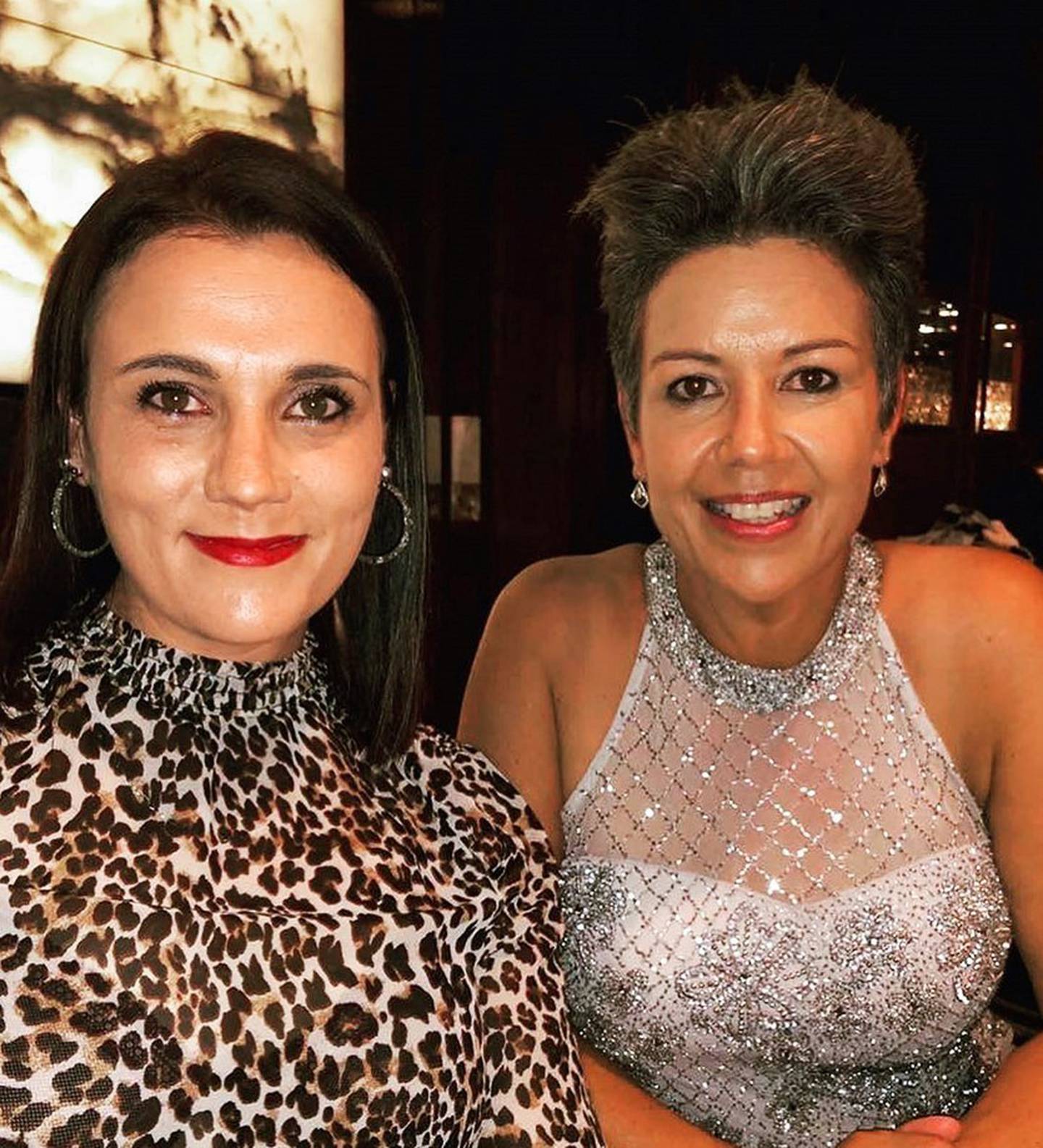 Paula credits Alan with helping her move on from Parliament, although it wasn't all plain-sailing.

"We had to go through a major adjustment because I was home again," she admits. "When I was in politics, I was away so much, we would have spent about 30 percent of our time together, then suddenly I'm home and we're arguing over the remote!"

And when Covid hit, they were spending 100 per cent of their time with each other.

"It was a big adjustment and we gave ourselves a high- five at Christmas," she tells. "We never questioned the love, but it's kind of cool that we quite like each other too."

Paula and Alan have known each other since she was 19, but rediscovered each other and married 10 years ago.

Alan also gives Paula advice on her TV career, which she appreciates.

"I was asked to do something for TV which I was quite keen on and then he pointed out that it had a voting component. He said I had been judged for so long when I was in politics, did I really want to open myself up to that again? And he was so right about that.

"There's a new rule now: I can do TV if I want, but I will never be judged again." 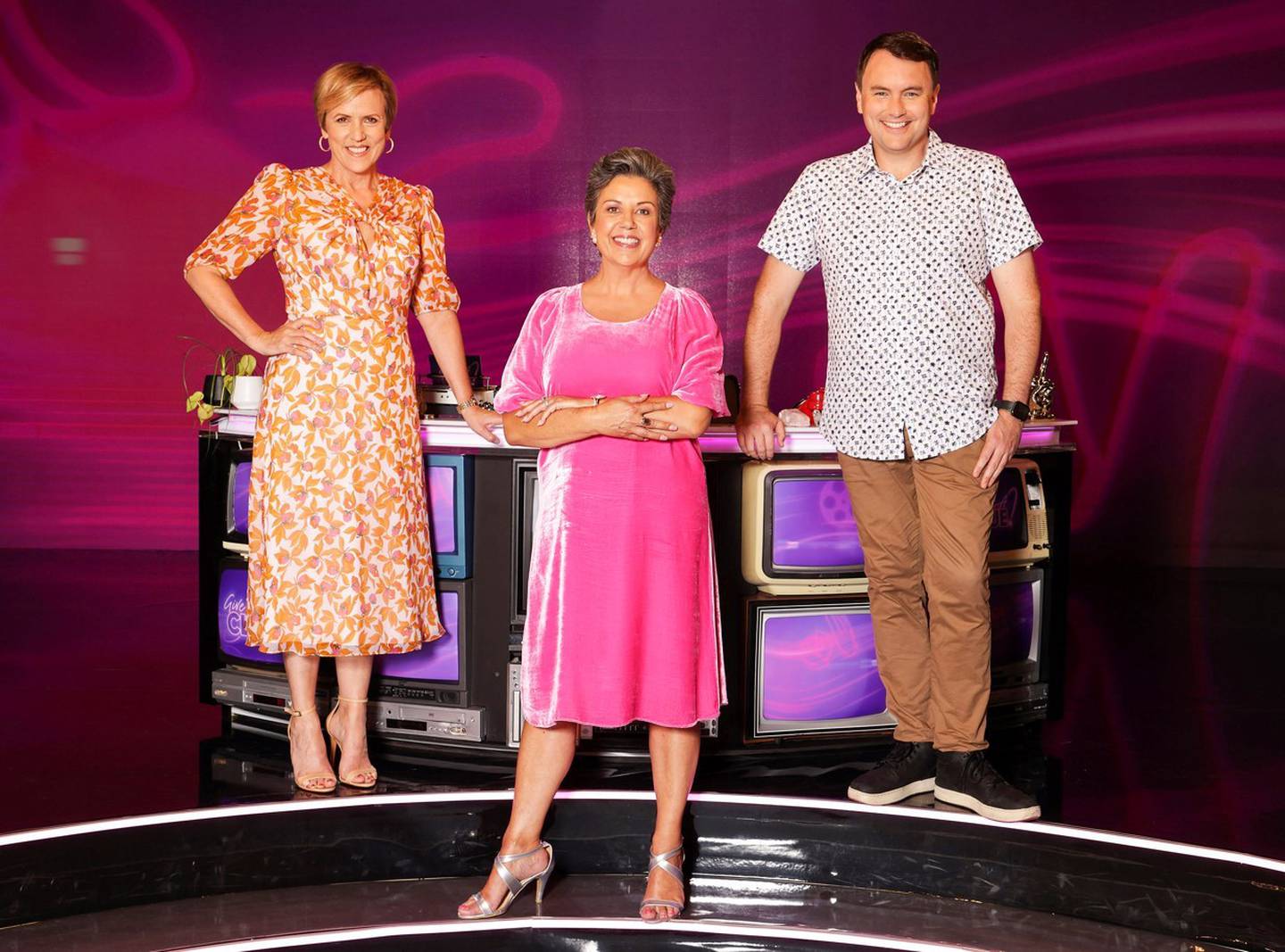 With Give Us a Clue team leaders Hilary Barry and Tom Sainsbury. Photo / Supplied