It was hard to miss, a warning painted directly onto the road telling anyone who passed by that dirty deeds had been done.

But it was not just a public warning, it was a question directed at one person who had inflicted a particular injury - that of infidelity.

"Whose husband next?" it asked, in vibrant spray paint on the streets of the Christchurch suburb of Wigram.

The words, written fittingly in scarlet, were spraypainted by the wronged party with a clear hand, the neat font betraying a determination born of fury.

The message was written on The Runway, one of the main streets in the Wigram Skies development that grew up on the site of the old airbase - and it was not the only one.

The area directly around the message is industrial, home to Skellerup and the Original Foods Bakery factory - which was quickly fingered online as being the workplace targeted, with multiple similar messages reportedly appearing around the site.

The Herald contacted Original Foods Bakery, who did not want to comment.

The community Facebook page rushed to fill this information vacuum with shock, speculation and praise for the "pretty tidy tagging".

"Cougar on the loose," said one excitable Wigramite, while another made the wild leap that the author was "probably a teacher" because the spelling was correct. 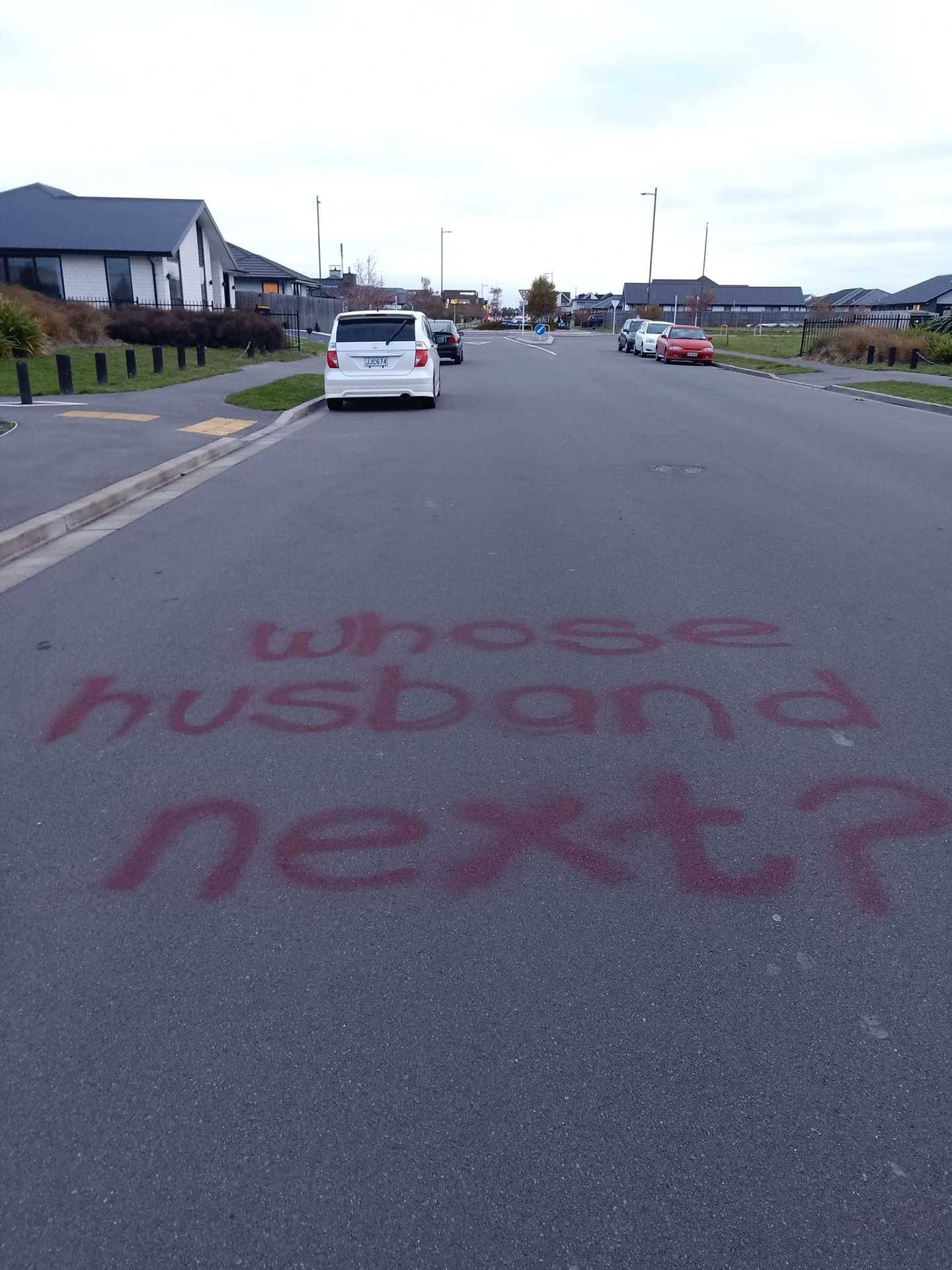 The message appeared on the road next to a busy factory. (Photo / Supplied)

Others called the punctuation into question, debating whether it should have been written as "who's" rather than "whose".

For the record, it should not have, but the discussion nearly derailed the comment thread.

"Sounds like someone has been sleeping around," said another local, stating the obvious but steering the comments back on track.

"Hope she spray-painted her husband's car," a local woman offered, while another unhelpfully wrote: "Haha shame!!!".

The furore even drew Andrei Moore, from the local community board, who responded with "crikey" and "yikes" and vowed to chase up with the council.

The original poster then returned to the thread to summarise.

"Ok, so after a lot of comments I think we have established the following:

The community-minded New Zealand Herald did just that, only to learn from a council spokesman that "the graffiti was removed by our contractors using a water blaster".

They did note that "remnants may still be visible," a fitting end to an incident likely to linger for a lifetime, in at least one marriage.