Prince Harry and Meghan shocked the world when they announced their sudden intention to step down as senior members of the royal family this week. But according to royal insiders, the negotiations for their so-called "Megxit" actually began weeks ago.

While the Duke and Duchess of Sussex confessed back in October that royal life had been a "struggle" and their mental health required "constant management" in a frank ITV documentary, their plan to take a different approach was set in motion when they jetted to Canada with their 8-month-old son, Archie, for Christmas.

The family reportedly spent the break jogging and hiking through forests with friends. A photo shared on the couple's Instagram account showed a relaxed Harry cuddling his son next to calm, blue waters.

But online, a storm was brewing.

Just before Christmas, Prince Harry reportedly contacted his father to float the idea of the couple spending more time in North America – something they'd long been expected to do given Meghan's family connections, says news.com.au.

The Prince of Wales, who was likely holidaying at Sandringham at the time, told his son he would need to come up with a thought-out plan if he was serious about spending time away from the family firm. 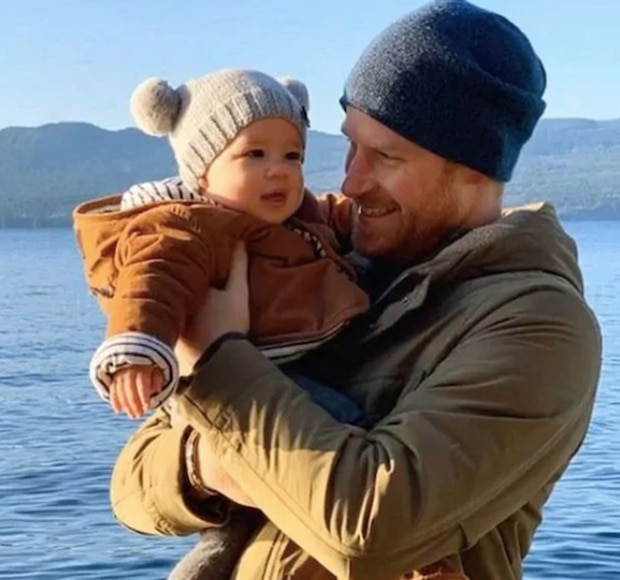 Prince Harry then responded with a draft proposal early in the New Year, later described by palace sources as "completely incoherent", the Evening Standard reported.

Uprooting the family and moving overseas would be complicated, but nutting out the couple's wish to become "financially independent" while still supporting the Queen would take more time, his father said. Also at stake were major issues such as their immigration status in Canada and the question of whether any commercial deals had already been signed by the couple.

"It reached an impasse where his father said, 'We need to have these conversations in person. This is not something we can negotiate over email'," a source told The Times.

This week, talks stepped up again when the Duke and Duchess arrived back in England leaving baby Archie in Canada with his nanny.

Their first royal engagement for 2020 was to visit Canada House in London, where they thanked officials "for the warm Canadian hospitality and support they received" during their stay, a statement from Buckingham Palace said.

The couple appeared unified and content, refreshed from their much-needed break from the public eye which they had successfully conducted in secret.

But behind closed doors, Prince Harry was pushing for a meeting with his grandmother.

"He wanted to go and see the Queen. He has been communicating with her on the phone throughout," the Times' royal source said.

"He wanted to see her, not to negotiate with her but to talk to her, grandson to granny, to say, 'This is how we have come to this'."

The Queen originally agreed to the meeting, according to the Standard, but then cancelled at the last minute.

The meeting had been blocked by royal courtiers, who reportedly feared the Queen would acquiesce to her grandson's demands, and Harry was given strict instructions not to go public.

On Tuesday, The Sun then published an exclusive story claiming Harry and Meghan were actively making plans to move overseas.

Sources had told the newspaper the pair were considering relinquishing their HRH titles or relocating their office to Canada.

At this point, Harry chose to end the speculation.

He sent a copy of his prepared statement to Prince Charles and Prince William at 6pm on Wednesday night, just 10 minutes before it was published on Instagram.

"After many months of reflection and internal discussions, we have chosen to make a transition this year in starting to carve out a progressive new role within this institution," the statement said.

"It is with your encouragement, particularly over the last few years, that we feel prepared to make this adjustment," it added.

A website the couple had quietly been working on also went live, laying out in fine detail their plans to leave the nest, including their new media arrangements and funding plans.

But a hasty statement issued by Buckingham Palace stressed the discussions were in their "early stages".

"We understand their desire to take a different approach, but these are complicated issues that will take time to work through," it said.

On Thursday, ITV journalist Tom Bradby, who interviewed the couple in their South Africa documentary in which they revealed their public struggles, said the couple felt "driven out" by a desire for a slimmed-down monarchy.

"It's certainly not true to say the palace were blindsided by this," he told ITV News.

"The couple's view was they came back and wanted to talk to the family about their plans.

"It had been made clear to them in their absence there was going to be a slimmed-down monarchy and they weren't really a part of it."

Bradby said: "There've been a lot of fallouts. A lot of harsh things were said around the time of the wedding.

"And it's gone a bit too far. And certainly the rest of the family find Harry and Meghan very difficult and, from Harry and Meghan's point of view, they're just being driven out as they see it. And it's sad."

Majesty magazine editor Ingrid Seward also told The Times the decision showed the split between Prince William and Prince Harry was much more serious than thought.

"My understanding is that the rift extends back to Prince William's advice when Harry first fell for the American actress," she wrote.

"His view was do what you like but don't marry Meghan, it's not going to work. It's my belief that even then relations between the brothers were strained. Since then they have only worsened."

The palace is now said to be in crisis talks with the couple. It aims to finalise a new arrangement in "days" rather than "weeks".

The Queen has reportedly been in contact with the Prince of Wales and the Duke of Cambridge and instructed staff to find a workable solution for her grandson. Government departments including the Home Office – which is responsible for the security the couple receive – and Canadian officials are also said to be involved.

Meanwhile, Meghan has flown back to Canada to "be with Archie" amid the firestorm.

Prince Harry remains in London and will take part in an official engagement next week.

In Britain, the prevailing mood is one of disappointment that such a beloved member of the royal family should want to quit, and shock at how fast relations have turned sour.

The news has also overshadowed that of Prince Andrew, who was forced to step down from his public role over his friendship with convicted paedophile Jeffrey Epstein late last year, and Prince Philip, who was admitted to hospital in a frail condition for a pre-existing condition shortly before Christmas.

Downing Street has been very quiet – the Prime Minister has his own messy divorce deal to focus on.

With Brexit looming on January 31, 2020 is shaping up to be another tumultuous year for the United Kingdom.