At first glance, William and Kate's oldest appears to have the perfect life — but the reality is, he has been "doomed" since he was born.

What did you want to be when you grew up?

From the ages of 10 to 12, I was determined I was going to be a palaeontologist (blame too much Jurassic Park).

It's a simple, joyful pastime all kids indulge in — daydreaming about what you will do when you finally reach adulthood; be it fireman, doctor, Liberal party leader, etc.

However, it is a game that Prince George — despite all the skiing trips to Switzerland, polo ponies and private jets his future holds — can never (and will never) play.

Because there is no question about his future.

We already know where he will live, what he will do all day and how he will be defined as a man. From birth, he has been doomed to have very, very little control over how his life will play out.

On July 22, George will turn six years old. Kensington Palace will most likely release new photos of the boy, his cheeky smile on exuberant display. But this birthday also marks a milestone in the young royal's life, because if not by now, then very soon, he will come to understand that he is not a normal boy.

There is no question about it: little George will go on to do the job started by his father, and his father before him. Photo / Getty Images

Earlier this year, his father Prince William revealed that his eldest son did not know he would be king. But how long can that blissful ignorance last?

If classmates at his exclusive school Thomas's Battersea haven't already alerted him to this fact, then spying his Gan-Gan's face on his pocket money or the thousands of people who periodically stand outside her house and cheer will make him realise his existence is markedly different to that of other kids.

("Atticus and Allegra, why are there no footmen at your house? And where is YOUR throne room?")

And the fact that this little boy is now, or will be soon, burdened with the knowledge that his future is inherently limited and bound by responsibility makes me tremendously sad. For a child at only six years old to be denied any real say over their destiny is kind of tragic.

Essentially, by dint of his birth, George won't be able to choose the country or even the city he will live in as an adult. He will most likely have to obediently follow the same path his father and grandfather have trod before — university, a jaunt in the military and then decades of dutifully biding his time to assume a job he might not want and no one ever consulted him about before it was lumped on him.

Over the years, George will only become increasingly more aware of the incredible limitations that have been placed on his life, courtesy of the family he was born into.

Even the more mundane opportunities to define himself will be verboten.

For example, he won't be able to get tattoos or visible piercings; he can never voice an opinion about politics or anything even vaguely verging on the political.

He might turn out to be a wildly talented dancer or economic thinker or fashion designer. Yet he will never be allowed to use whatever natural talents he might have or follow his abiding interests unless they involve horses, military or the narrow selection of approved aristocratic gentlemanly pursuits.

While little George might only have a very rudimentary understanding of what being king is about, in the years to come he will grow to understand the incredible pressure of this particular inheritance.

He will start to comprehend the nearly unbearable weight of responsibility to meet a nation's expectations that are waiting for him.

That he will not only be titular head of government of the UK but of 53 countries with a combined population of 2.4 billion people.

Add to that the fact that he will be the Commander of the Armed Forces and the head of an entire religion. It's intimidating and scary to even think about.

The personal consequences of all of this will be immense. His every relationship will become tabloid fodder and finding a true partner happy to live with such scrutiny (and to spend so much time curtsying and unveiling plaques) will be a challenge.

It's a destiny we know that his father, Prince William struggled with and he never particularly wanted.

Aged only four, he was enrolled at a Notting Hill nursery school where, according to Andrew Morton, in William & Catherine: Their Lives, Their Wedding a classmate once asked him, "Don't you know the Queen?" to which he replied, "Don't you mean Granny?" 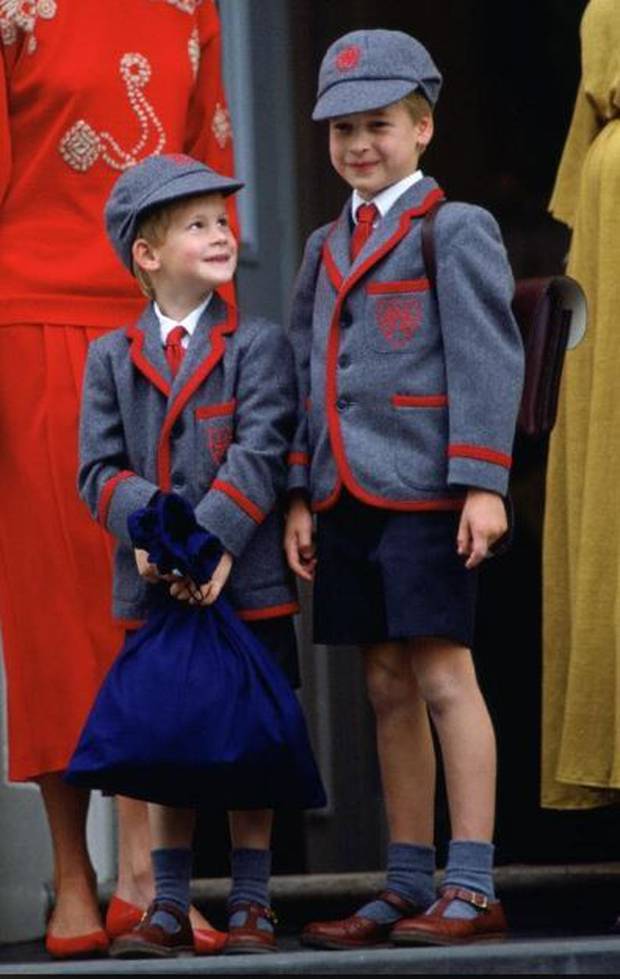 Morton cites another instance in which Wills, as a very young boy, mused that he would like to be a policeman, to which Harry told him "You can't, you have to be king".

As children, Prince William and Prince Harry were taught to understand the important roles they had been born into. Photo / Getty Images

Perhaps this might be the most devastating realisation of all: For all of his privilege and power, so much of his life will be ornamental and his ability to tangibly impact the world around him will negligible.

No matter the pomp, there is a profoundly futile quality to the monarchy.

The crown might still carry a deeply symbolic meaning for the billions of people in the Commonwealth, but the unspoken truth is that the monarch is largely neutered in terms of exercising any real power or authority.

No child ever dreams about getting to open parliament or having to spend their days meeting Lord-Lieutenants from Yorkshire (awkwardly sweating in newly purchased suits) or having to make polite conversation with trade envoys from Kiribati.

So, happy birthday Prince George. Enjoy all the hugs and cake. And enjoy these last precious years of ignorance about what lies in your future.