A couple facing constant obstacles to getting a residential partnership visa say the process has left them feeling "defeated".

Kiwi teacher Michael Salmon, 30, and his partner Sarah Wilson, a 29-year-old nursing student originally from the US, were told they would have to wait 13 months for their visa application to be approved so Wilson could stay in the country.

But in the meantime, her current visa is running out - and their attempts to get an interim visa have been unsuccessful.

Wilson says the process has left her feeling exhausted.

"I'm a stubborn person, but I'm feeling defeated. There are other people way more deserving than me who have not been able to sort this process.

"I love New Zealand, I'd very much like to stay here but it does feel like a lose-lose situation. There are people out there that have spent more than we have. You're at the mercy of whoever is on the phone. How does New Zealand as a whole benefit from making this process so difficult?

"I've played the game, spent the money, what else can I do?"

Wilson, whose goal is to become a mental health nurse, has been living in New Zealand for the past five years on student visas.

The couple have been together for over two years and live together. To apply for the residential partnership visa, they've had to supply the same evidence of their relationship over and over again: Facebook photos, evidence of a joint bank account, photos of their dogs, letters from family and friends, and personal details, such as how often they have sex.

But the communication from Immigration New Zealand has left them feeling confused and frustrated.

"We were under the impression since we were told we'd have to wait 13 months, that she would be put on an interim visa that would allow her to continue to work 20 hours a week and study," Salmon says.

But they were told Wilson could not get an interim visa. Meanwhile, her current visa is set to run out within weeks. Wilson was also told she could not apply for another student visa while waiting for the partnership visa, so she would have to apply for a partnership work visa, costing $635.

If she got that one, she could not afford to keep studying while working. They then got another call from Immigration letting them know she could in fact apply for another student visa while waiting, contradicting the former advice. 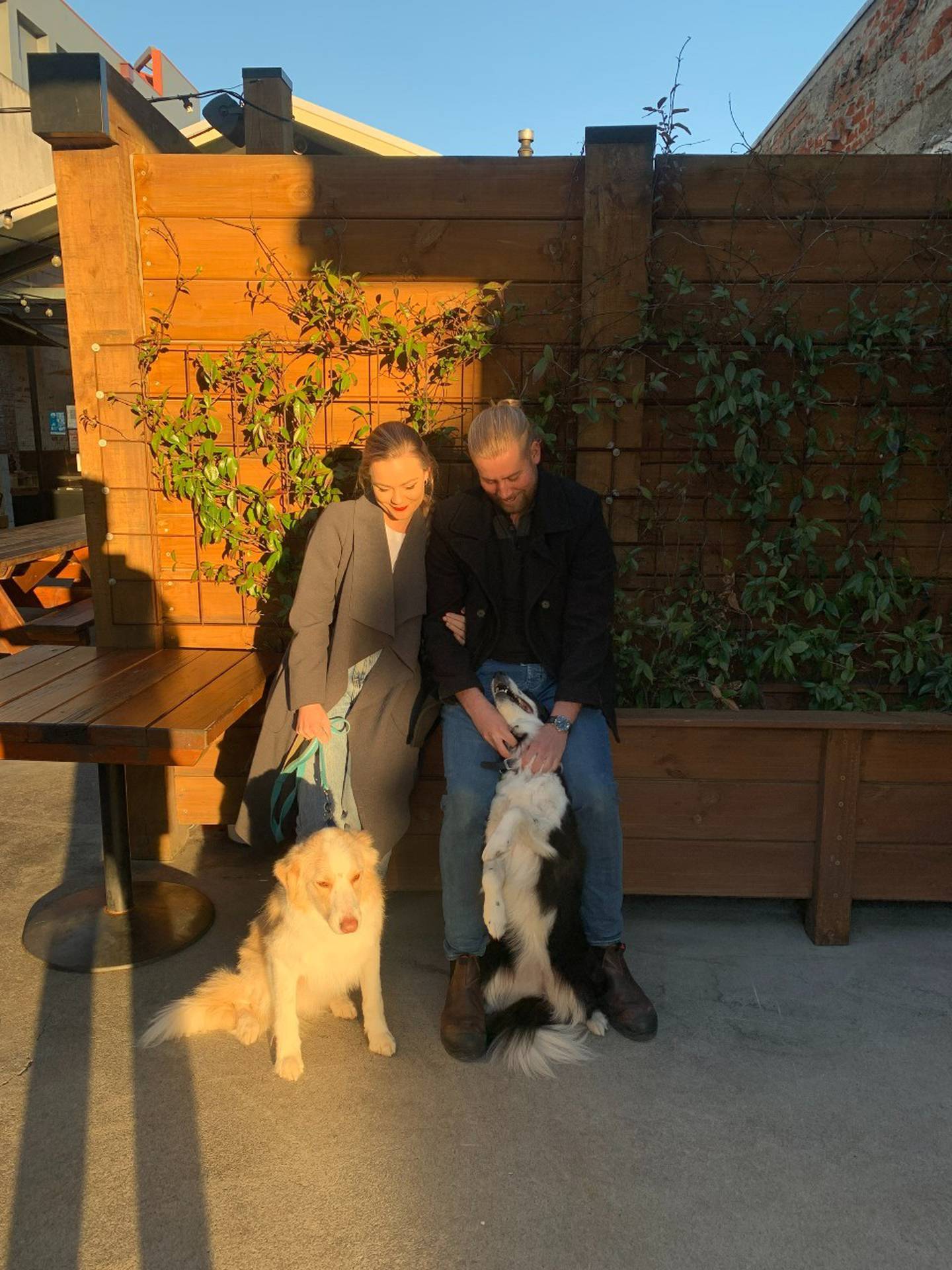 The couple have been together for over two years. Photo / Supplied

As of March 30, Wilson had not been assigned a case manager as is standard for visa processing.

A spokesperson for Immigration NZ told the Herald that processing times for partnership visa applications vary depending on the "complexity of the application".

"Given the ongoing impacts of the Covid-19 pandemic, it remains difficult to predict visa application volumes, however we have hired and trained new processing staff over the last 12 months.

But for couples like Salmon and Wilson, the wait is far too long.

"If the temporary visa doesn't come through in time, we're out thousands and she has to go home anyway," Salmon said.

"We've done our worst-case scenario planning and we'll be able to get through one way or another." A Givealittle page has more than covered their costs for now.

As it turns out, the couple are not alone in their battle - after sharing their story on Facebook, countless friends came forward with similar tales to tell.

The experience has added to the couple's feelings that New Zealand has become an increasingly difficult place to live.

"There are really talented people that we need in New Zealand just getting shafted," said Salmon.

"We shouldn't have to rely on the kindness of other people to participate in the country we've chosen to live in. It's just another little thing contributing to the un-liveability of New Zealand.

"I'd be lying if we said we haven't considered leaving the country when we can't thrive here."