Promoting hefty utes and SUVs as macho status symbols could be linked to climate change, according to a new study about New Zealand's rising vehicle emissions.

The research paper Beasts, published in the New Zealand Medical Journal last quarter, found that light utility vehicles were both the heaviest emitters of carbon dioxide and their emissions of fine particles pose health hazards.

Yet unlike in many other countries, the popularity of such vehicles in New Zealand only continues to rise, with eight out of 10 of the highest-selling new light vehicles in 2018 being SUVs or diesel-powered utes.

The most popular of all was the Ford Ranger, with nearly 10,000 sales. 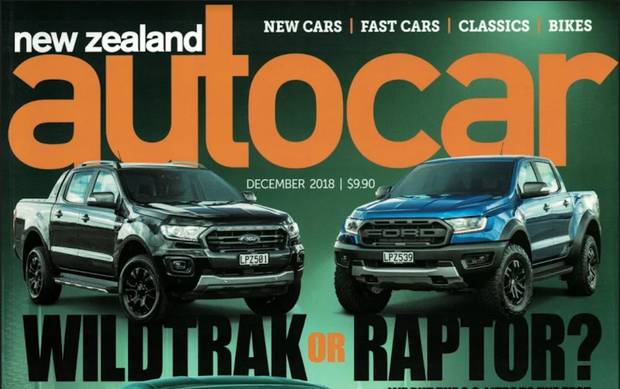 Researchers John Horrocks and Nick Wilson wanted to look at why the vehicles were so popular, and analysed a year's worth of auto magazines for clues.

They discovered the cars were always marketed as macho status symbols along with names like "raptor" or "rhino"; pictures of them flying through the air; and tag lines like "you'll need a bigger garage".

They argued the masculine marketing not only increased the cars' popularity but also posed a direct barrier to shifting to smaller, greener cars needed to cut emissions and meet the country's climate change commitments.

"It's not said explicitly, but the implication is that a 'real man' should drive one of these bigger vehicles," Horrocks said.

"It's straight macho - the idea that having a big car leads to prestige, adventure, aggression." The vehicles were blatantly marketed at men. None featured a woman driver. Photo / Supplied

Horrocks said not one woman was pictured driving a ute or SUV in the ads they studied.

"It was amusing, but it does pose a challenge to lowering emissions with these types of vehicles taking over the market."

Transport is the fastest-growing source of carbon emissions in New Zealand.

Greenpeace climate and energy campaigner Amanda Larsson said the Beasts study fit with what experts knew about the utes' popularity.

"For some people, if they pick a car like that, it boosts their identity. And if they're marketed as manly, then men with disposable incomes might choose them to feel that way." 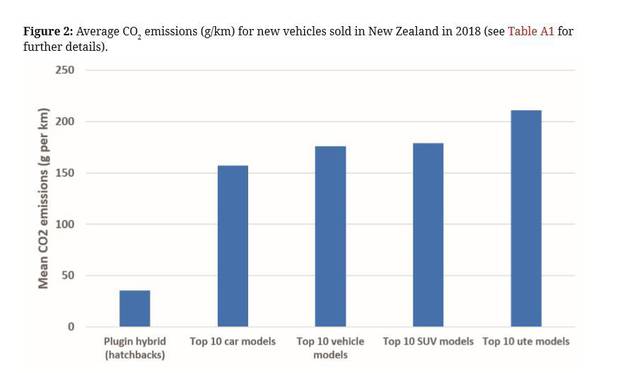 She said the marketing played into other existing issues around gender and the environment - for example recent research had found that in Auckland, men aged 50-65 were most likely to deny manmade climate change; and a study from Penn State University suggested looking after the planet was seen as a typically "feminine" thing to do.

However Larsson said double-cab utes were popular for other reasons as well - they were exempt from fringe benefit tax, and were convenient for those who could afford them.

Ford spokesman Tom Clancy said their research showed customers bought the Ranger because it best suited their lifestyle and it offered good value.

He said the marketing reflected customers' actual interests - like fishing, boating and rugby. But while marketing played a role, the key reason behind the Ranger's popularity was its engineering and design.

"As an example, more than 75 per cent of Ranger customers chose it for its ability to meet both their work and lifestyle needs, which often involves towing," he said.

Clancy said Ford's efforts to reduce emissions focused on technology, and globally it invested "significantly" in developing smart engine technology across its platforms. 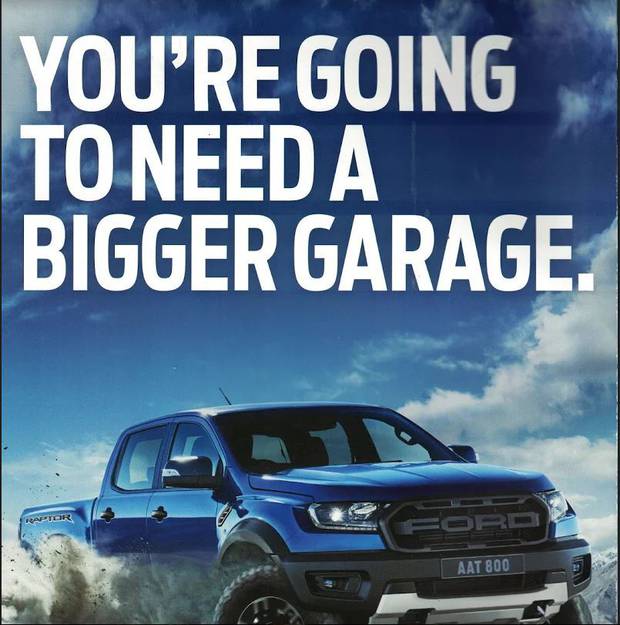 Slogans about larger garages, cruising over speed-bumps or playing into masculine stereotypes were common. Photo / Supplied

New Zealand is currently one of the only developed countries without car emission standards.

Associate Transport Minister Julie Anne Genter last year proposed a "feebate" scheme for fast-tracking the uptake of EVs, however it was shot down by New Zealand First.

Less than 1 per cent of new passenger vehicles registered in New Zealand are electric.