A delightful new image of Prince William and his three children holidaying in Jordan has been released by Kensington Palace to mark Father's Day in the UK.

The photo shows the Prince, who will celebrate his 40th birthday on Wednesday, laughing with sons George, 8, Louis, 4 – who is perched on his dad's shoulders – and daughter Charlotte, 7.

According to The Sun a source says that the snap, set against a desert backdrop, "captures their bond perfectly".

"They are all laughing and smiling and having a great time together.

"It was released for Father's Day, which is a very important day for William and Kate."

The family will spend the day visiting their respective fathers, Prince Charles and Michael Middleton.

It appears the family's Jordan holiday last year was an opportunity to capture many special moments. The family used another image, which included Kate, from the trip for the Cambridges' 2021 Christmas card. 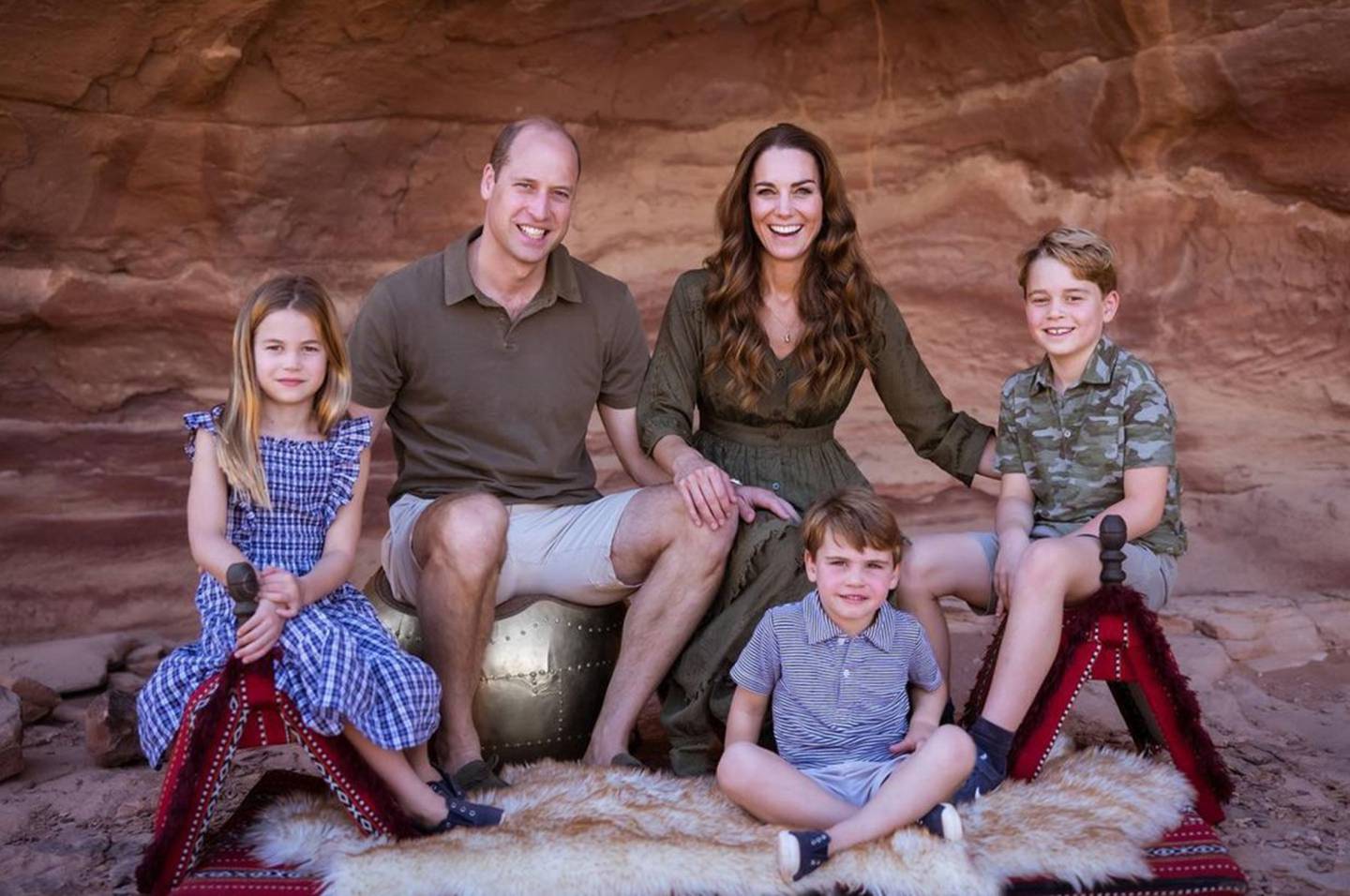 Today's light-hearted image follows several in recent weeks that have revealed what cheerful characters the Cambridge children appear to be. 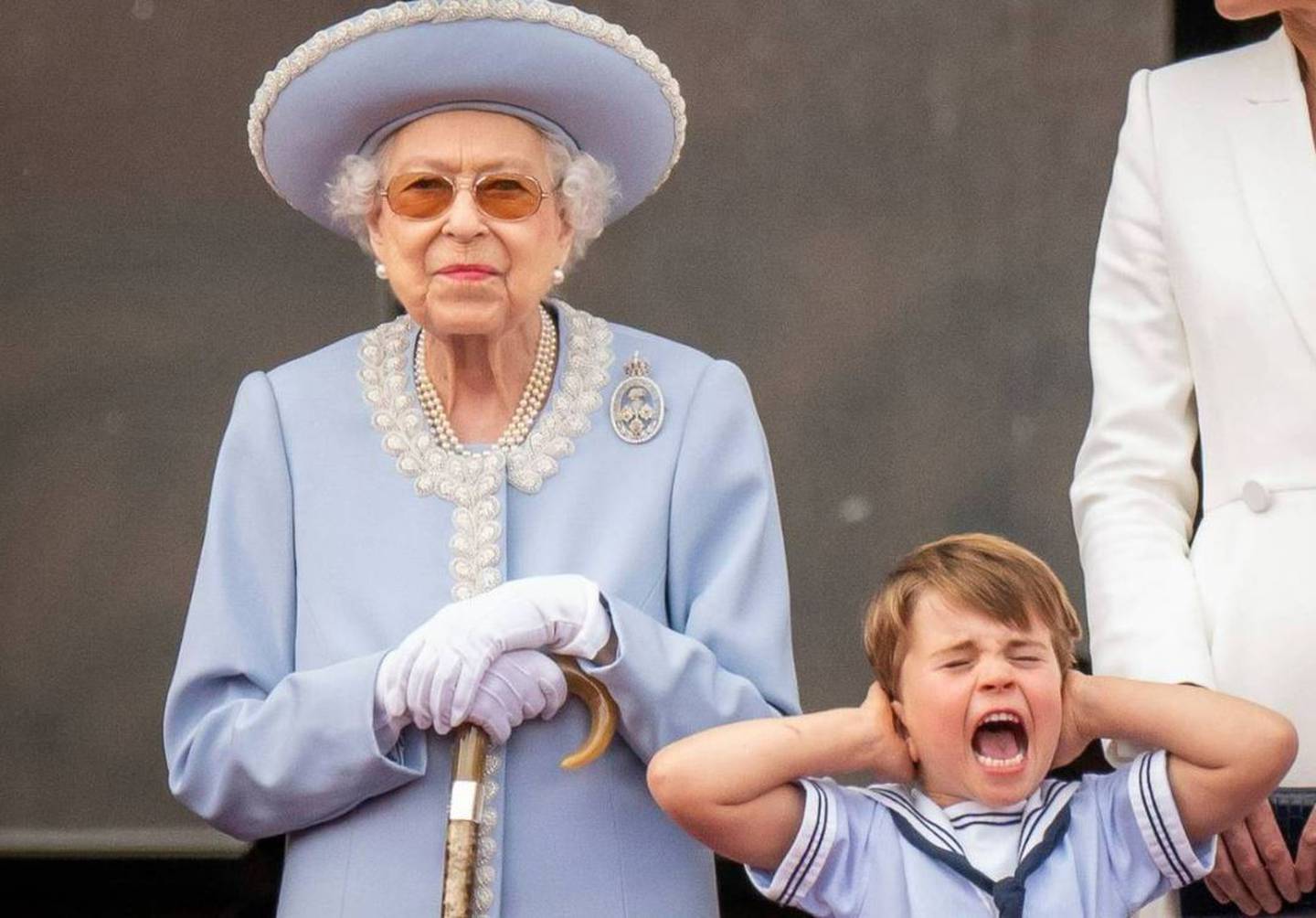 Prince Louis snapped in what will surely become an iconic moment in the documentation of the little Prince's life. Photo / Getty Images

Not only did he become one of the most entertaining balcony companions for Her Majesty during the Trooping the Colour but he also solidified his role as the most relatable royal, covering his ears and screaming.

The very next day, big sister Charlotte was photographed having a good old chuckle during her first official royal engagement in Wales. 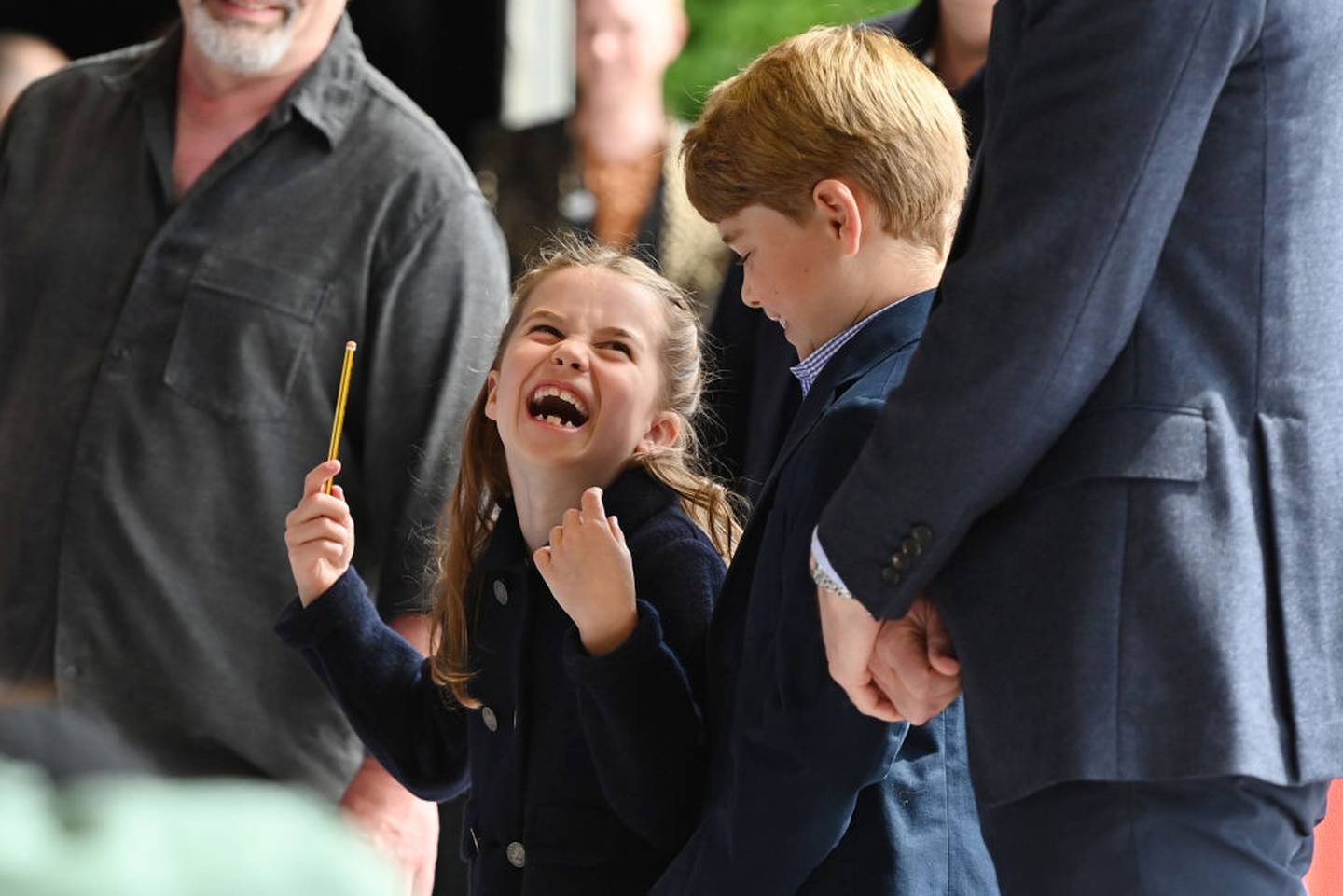 Princess Charlotte was snapped having a giggle during her first official royal engagement in Cardiff. Photo / Getty Images

The little Princess erupted with laughter while attempting to conduct a Cardiff band's performance of We Don't Talk About Bruno from the Disney film Encanto.

In addition to images of the young royals captured by photographers when they're out and about, their mother has become known for taking special portraits of her children and sharing them to mark their birthdays. 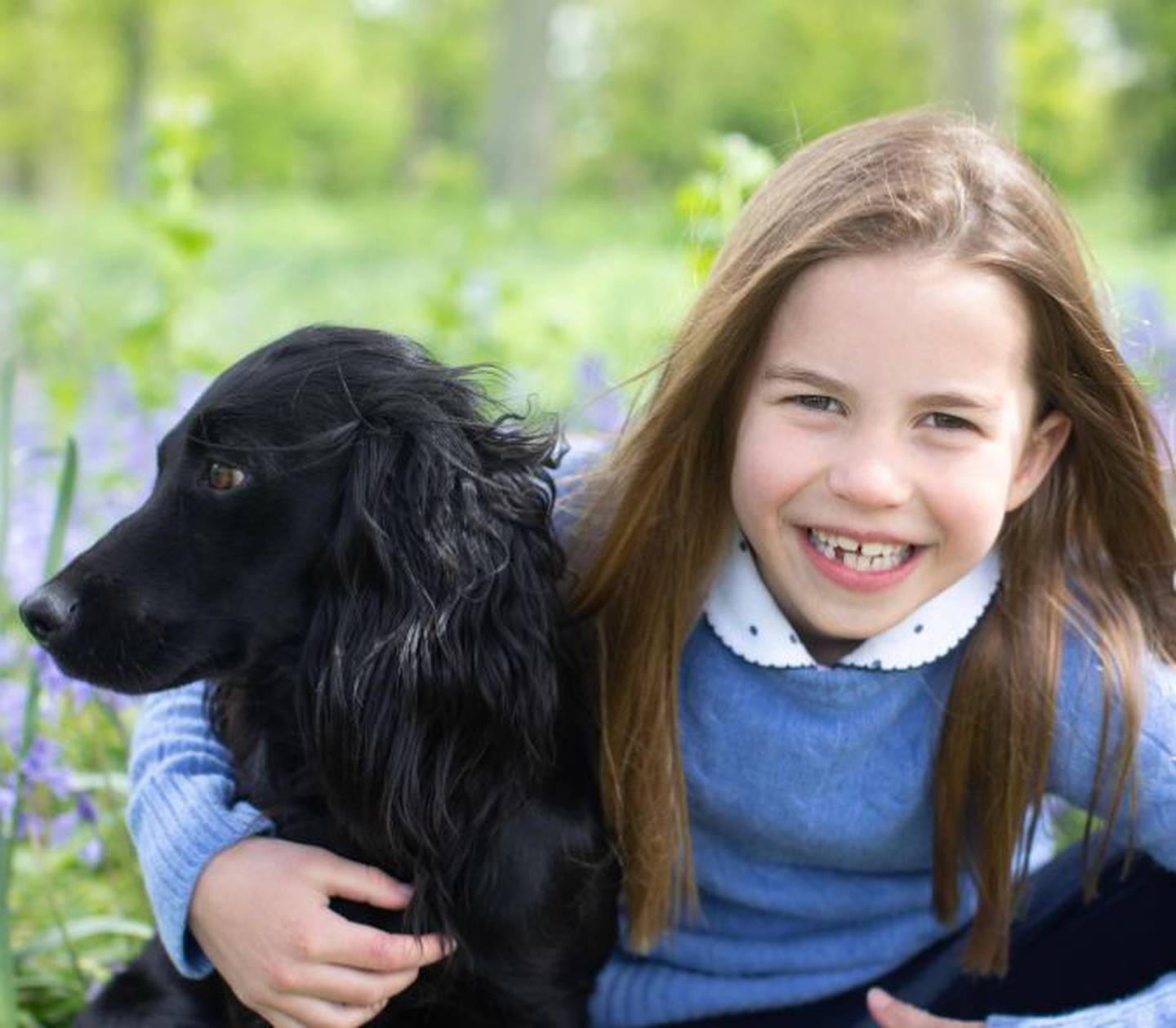 Princess Charlotte on her seventh birthday. Photo / The Duchess of Cambridge