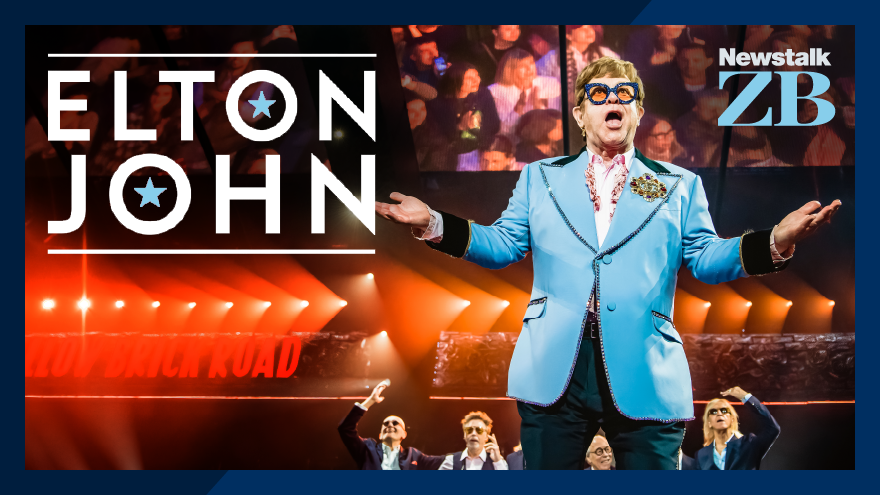 ELTON DELIVERS ON HIS PROMISE, RETURNING TO NEW ZEALAND & ADDING A NEW SHOW IN CHRISTCHURCH | JANUARY 2023

Returning to Aotearoa in January 2023 to perform two rescheduled Auckland shows as part of his incredible, multi-year Farewell Yellow Brick Road tour, Chugg Entertainment, Frontier Touring and AEG Presents are thrilled to announce that Elton John – the most successful performing male solo artist of all time – has added a new and final ‘encore’ performance for Christchurch. As a special thank you to fans who’ve been patiently waiting for his return, this will be Elton’s first show in the city in over three decades, and the first international stadium concert in the South Island in nearly four years!

With an unparalleled career that redefined the cultural landscape and saw over 300 million albums sold, Elton John is (after two years of COVID interruptions) back on stage. Elton embarked on his Farewell Yellow Brick Road tour in September 2018 – its milestone, multi-year itinerary comprising over 300 shows across five continents. Hailed by fans and critics worldwide, the Farewell... performances have left audiences spellbound, a truly daring and intimate celebration of an incredible 50-year career. Currently on the road in North America, Elton will perform his final concert on US soil at Los Angeles’ iconic Dodger Stadium on November 20.

With two rescheduled dates at Auckland’s Smart Stadium on Friday 27 and Saturday 28 January 2023, as a thank you to Aotearoa fans who’ve waited patiently for his return Elton today announces a final NZ show on Tuesday 24 January at Orangetheory Stadium, Christchurch. It’s a fond farewell to a nation he first stepped foot in five decades ago:

‘Every time I come here, I think how beautiful this place is. I want to thank you for all the love, the loyalty, and kindness and generosity every time I visit this beautiful, beautiful country.’ – Elton John (Dunedin, 2020)

Head to oznz.eltonjohn.com to sign up for pre-sale and ticket information. Tickets for Christchurch will go on sale Monday 1 August (1pm local time). Frontier Members can also access the Frontier Pre-sale, which starts Thursday 28 July (1pm local time). Remaining tickets to both Auckland shows are currently on sale now and selling fast… don’t delay in grabbing your seats!

Christchurch Mayor Lianne Dalziel is absolutely over the moon with the announcement:

‘Elton John was who I grew up with! I’m so grateful he’s chosen to include Ōtautahi Christchurch in his farewell tour. I know that people are going to come out in their droves to be part of this historic event.’

To witness a musical icon, live on stage is a rare privilege. Elton’s legendary catalogue – including beloved songs ‘Bennie and the Jets’, ‘Rocket Man’, ‘Tiny Dancer’, ‘Crocodile Rock’, ‘Philadelphia Freedom’ and many, many more – are showcased in a live musical masterpiece concert, one which also celebrates his collaboration with lyricist Bernie Taupin, their pairing one of the great song-writing partnerships of all time.

Elton’s love of our region was on full display when the Farewell... tour first reached Australasia in November 2019, with a staggering 34 Australian and six New Zealand dates announced and over 705,000 tickets sold across a three-month period. Fans were treated to some of the most joyful and celebratory concerts Elton’s ever performed in Aotearoa, his hit laden set garnering rave reviews:

‘…emotional and rousing, this a grand but heartfelt farewell – The Guardian

Wrapping up this leg of his Farewell Yellow Brick Road run next January, this will be fans’ very last chance to catch this legendary performer live on stage. If you missed out last time, or if once wasn’t enough, come along and say goodbye to this beloved performer. Tickets will go fast – don’t miss out on this unforgettable showman!

Head to oznz.eltonjohn.com for full pre-sale and ticket information.

or until pre-sale allocation exhausted

or until pre-sale allocation exhausted

Patrons are advised to purchase tickets only through authorised ticket sellers.

We cannot guarantee any ticket purchase made through any means other than the official ticketing agents listed on the Frontier and Chugg websites.