Fortunately it's rare but on the odd occasion those of us in the media become part of the story.

That happened as a result of the Winston Peters privacy lawsuit against two former National Party Ministers and a couple of senior public servants before the Auckland High Court this week.

It makes you realise just how hard it can be for the people who are in the media firing line when you read some of the comments that followed my appearance in the High Court trial.

The conclusions drawn that I could no longer impartially comment on politics and was somehow in Peters' pocket because of the appearance is preposterous and ignores the tumultuous relationship I've had with the politician over almost 40 years.

A subpoena was served on me requiring me to appear, to ignore it would have put me in contempt of court which could have led to a stretch in the slammer.

The evidence was essentially about what I had written and said at the time that Peters' pension over payment was leaked at the height of the last election campaign and my contention that the leak came from National is a view I don't resile from.

The issue was brought to my attention in strict confidence by National several weeks before Peters went public with the over payment after questions had been asked of him about it. 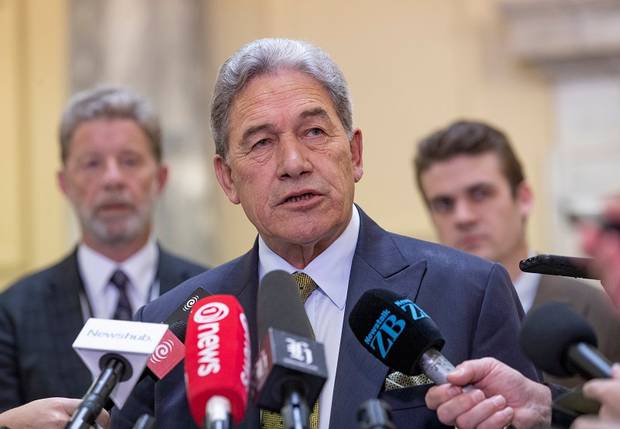 The exchange in court with National's lead counsel Bruce Gray QC was both understandable and expected.

My source was confidential and to reveal it would compromise the very fabric of journalism.

Gray argued that you can't have it both ways, insist the information was correct and then to refuse to allow it to be tested by the court by naming the informant.

Your word given under oath apparently isn't enough, even though to lie under those circumstances could lead to a charge of perjury.

Why one of my colleagues chose to report that I went to sit with Peters after giving evidence was simply mischievous, considering I'd know the man for so long and would have sat with anyone from any political persuasion who I knew and had reported on over the years.

Not to do so would have been rude.

So the two former Ministers in the firing line Anne Tolley and Paula Bennett have given evidence with Tolley admitting to being more loose lipped than Bennett about the over payment.

But in all of this sorry saga the issue wouldn't have arisen if the public service hadn't alerted the politicians under the no surprises convention.

How a pension over payment to Winston Peters would have impacted on their portfolios a month out from an election, which is the reason for telling them, is ridiculous.

Providing salacious information to his political opponents, at the height of the election campaign, was like loading a rifle and handing it to them to fire.

And that's the sort of politics that should have no place in this country.