This morning I spoke with Lauren Bell and her Australian husband Gerry. The couple had been living and working in the UK but decided to return to New Zealand.

Lauren returned home in January, and Gerry was to follow on March 20th, which was terrible timing – that was the day border restrictions came into place. 19 weeks later and Immigration New Zealand still won’t allow Gerry entry into New Zealand to be united with his wife.

And they are not the only couple experiencing these problems. The news often reports on separated spouses and families.

There is no doubt the immigration department is under immense pressure, and hard work is being done to navigate this unprecedented time, but at times they do themselves no favours.

Case in point - one of the most ridiculous cases this week must be that of the two Warriors players who have been told they will be denied from returning to New Zealand at the end of the NRL season, despite having lived here for several years. It’s at this point people will start throwing around the precedent set with America’s Cup and film crews – I bet the government wished that never became public. 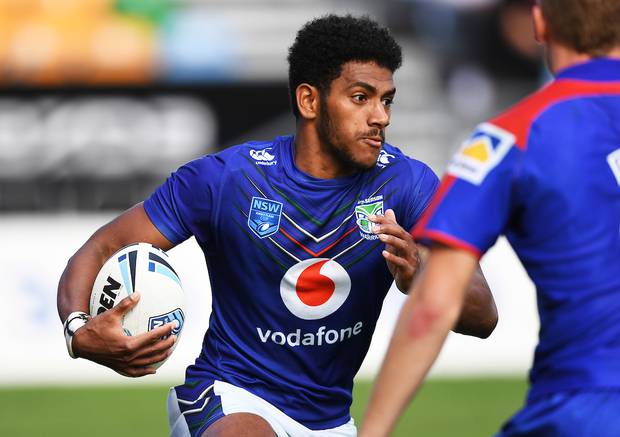 I know Tongan Elie Katoa and Fijian Selestino Ravutaumada are not New Zealand citizens – but they have work visas, and have lived in New Zealand for several years.

Now I know if you’re the kind of person who likes a fair and just system with no exemptions, then this would be a good time to say, well what about everyone else with a New Zealand work visa trying to make their way back to New Zealand – and I agree.

The complexities of the immigration system are becoming starker by the day, and once again our inability to quarantine bigger numbers of people in managed isolation continues to be a stumbling block.

But here’s what gets me about this Warriors case. Both these young men were enticed to come to New Zealand on the back of school sports scholarships – that rather dubious practice that many high schools in New Zealand participate in. They were brought here, and given educational and sporting opportunities, but also with the intention of bettering a school, and ultimately national sports team.

And they have done their bit. After encouraging them to come to New Zealand as young men, we should let them return as opposed to leaving them stranded in another country.

It is, of course, the job of Warrior’s management to have investigated and understood what the rules are and how they affect their players – and maybe they didn’t do their jobs well enough, but clearly they are frustrated with how things are proceeding.

By going public, I’m confident this issue will be addressed promptly. The sensible decision is to let them return to New Zealand at the end of the season with the rest of the team.

But what about other people whose lives and families are in New Zealand, who have work visas and jobs waiting for them here, who were overseas at the wrong time, and find themselves unable to return to New Zealand?

They too deserve to be heard. Let’s not forget about them.