Authority chief executive Bob Penter said the 10c per litre figure is a starting point aimed at trying to understand what Watercare will do to support the restoration and protection of the Waikato River.

He said it made sense for Watercare to make a financial contribution to improve the river, but the authority is open to hearing other ways that benefit the awa (river).

Auckland Mayor Phil Goff is opposed to paying for water, but told the Herald that Auckland could pay several million dollars towards remediating damage to the Waikato River.

The authority is an independent Crown and iwi voice acting on behalf of the river.

The pricing issue is contained in documents released to the Herald under the Official Information Act. 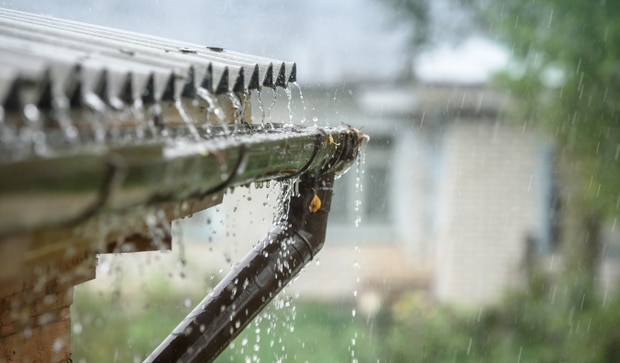 On June 18, Penter raised the issue of Auckland paying for water in an email to Watercare chief executive Raveen Jaduram

He asked Jaduram for his thoughts on a Watercare fund managed by the Waikato River Authority to fund restoration projects for the awa.

"Labour in 2017 proposed a value for consumptive water use of up to 10 cents per litre - this is perhaps the upper end and we will be interested to hear where you believe the range sits," said Penter.

Today Penter said the 10 cents a litre figure was what Labour had put forward in discussions regarding Canterbury water in 2017.

He said the email was about the need to have a conversation with Watercare about its water-take aspirations and opportunities to support the restoration of the river.

Since 2011, Watercare has only contributed $266,000 towards planting programmes, Penter said.

Watercare declined to comment about the suggestion of paying for water.

It charges Aucklanders 0.001594 cents a litre for water, or $1.594 cents for 1000 litres. The water and wastewater charges from Watercare raise about $2m a day to provide drinking water and remove and treat wastewater.

The average household water bill is about $1000 a year.

Goff said approaches had been made at various stages for Auckland to pay for water, which is contrary to Government police and a claim before the Waitangi Tribunal.

"It is not our view we should be paying on a volumetric basis for water," he said.

However, Goff has given an undertaking "if we are taking more from the river we will put more back into it" and spelt out for the first time what form that could take.

He said a trust could be created with a "significant amount of money" running to several million dollars used to fund projects that would remediate damage to the river.

Goff said he would be happy to meet with interested parties from Waikato this week to look at ways of finding common ground.

The Herald understands one of the sticking points between Auckland Council and Waikato-Tainui has been a request by Waikato-Tainui for "usage-based funding" for water from the river.

Goff's request last week for the Government to fast-track the city's application to take an extra 200 million litres a day from the Waikato River has triggered a war of words between Auckland and Waikato leaders.

Waikato Regional Council yesterday called for an urgent summit to help find a "pragmatic solution" and today the Waikato River Authority called on Local Government Minister Nanaia Mahuta to launch an inquiry into Auckland's water crisis and its potential impact on the river.

Authority iwi co-chair Roger Pikia and Crown spokesman Dylan Tahua said the river is paying a bigger price for what has happened in Auckland.

Pikia said Auckland took 17 per cent of its water needs from the river last year and is currently taking 40 per cent, saying it is not sustainable for more and more water to be going out of the Waikato catchment.

"This is not a Waikato versus Auckland issue, this is a Waikato River issue," Pikia said.

Tahau said it is difficult to understand how Auckland's water infrastructure has got so badly out of step with its growth.

"We're calling for an independent inquiry to help that understanding because the Waikato River now appears to be central to Auckland's future water needs," he said.

Meanwhile, Auckland's water lake storage level is sitting at 54.5 per cent today, up from 47.1 per cent last Thursday.