Newborn Māori babies were five times as likely to be taken into state care as non-Māori babies last year, a new report from the Office of the Children's Commissioner has found.

They're also being uplifted earlier in their lives, according to the report, which found "persistent and intergenerational" inequities in the treatment of Māori babies by the state.

The data shows babies from Māori families are assessed and removed earlier into state care - with an increasing trend toward deciding to uplift even before a baby is born.

However he pointed out most of the data predated Oranga Tamariki, which was created in 2017 to replace Child, Youth and Family. Fewer Māori babies had been taken into care in the last two years, reversing a decade-long trend.

The report is part of an ongoing review by the Office of the Children's Commissioner looking at what needs to change to keep Māori babies aged 0-3 months with their whānau when Oranga Tamariki have been notified of care and protection concerns.

The commission focused on newborns because most decisions to uplift were made in the first three months - a critical time for a baby to form attachments.

Its report comes after a shocking video was published last year showing the attempted uplift of a 6-day-old baby boy from his 19-year-old mother at Hawke's Bay Hospital.

In the wake of the video, shot by Newsroom, four separate reviews were launched into the incident and the wider issues around uplifts of Māori babies.

The "statistical snapshot" from the Children's Commission highlights inequities between Māori and non-Māori.

Last year one in every 150 Māori babies was taken into care, compared to 1 in 750 non-Māori babies.

The office has published the statistics on its website alongside resources to explain what happens when reports of concern are made to Oranga Tamariki.

Further reports, out later this year, will seek to explain why the trends have occurred and recommend detailed changes.

Minister for Children Tracey Martin said it should shock nobody that Māori were suffering substantial and intergenerational inequities inside the care and protection system.

"They're occurring for Māori across every system ... health, education, justice, corrections, everywhere. Oranga Tamariki's work is the side effect often of the toxic stresses of the huge inequities across our society that we've got to fix." 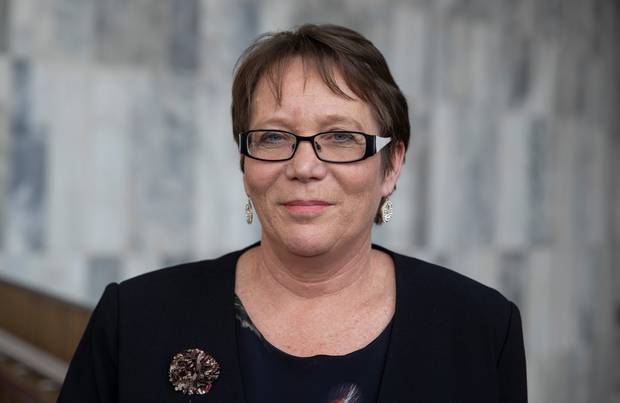 Last year some 82,000 calls of concern were made to Oranga Tamariki - the majority related to Māori. But the report showed that when those calls were related to Māori, social workers were much more likely to find no evidence of abuse, compared to non-Māori.

That suggested part of the problem was an unconscious bias in New Zealand society toward Māori, Martin said.

But the report did highlight positive changes from the last two years that reflected well on Oranga Tamariki, such as the reduction in Māori baby uplifts.

And it was positive that 95 per cent of young Maori mothers who had been in state care did not have a newborn uplifted.

"This says that for all those young, wonderful women who are care experienced, who want to go on and have a family, it is not predetermined that their child is going to end up in care," she said.

Oranga Tamariki welcomed the report's publication, with the ministry's deputy chief executive for Voices Of Children, Hoani Lambert, saying it was encouraging to see fewer Māori babies aged 0-3 months were being taken into care.

Wider research by the ministry also showed that since 2010, 27 per cent fewer tamariki Māori had gone into care, Lambert said.

Māori babies, children and young people were over-represented within Oranga Tamariki and reducing this was a key focus.

Changes to the Oranga Tamariki Act brought in last year meant OT must honour its Treaty of Waitangi obligations and prioritise children's whakapapa, as well as reporting its progress publicly.