Andrews said it was "unacceptable" that 800 people who were doorknocked yesterday in the Australian state who should have been at home could not be located.

"From now, there will be no exercise, if you are supposed to be isolating at home, you will need to stay in your home or on your property," he said.

Andrews said those people can get "fresh air at the front door, in your front yard or back yard or opening a window". "That's what you're going to have to do," he said.

It comes after the state ordered a widespread retail shutdown on Monday that is expected to lead to a further 250,000 job losses.

Andrews says 800 people who were supposed to be isolating at home were unable to be found yesterday.

"I can confirm that the ADF together with important authorised officers from DHHS have conducted more than 3000 doorknocks of people who should be isolating at home," he said.

"More than 800 of those people who should have been isolating could not been found. That is completely unacceptable."

As a result, he has banned exercise for people in mandatory isolation. 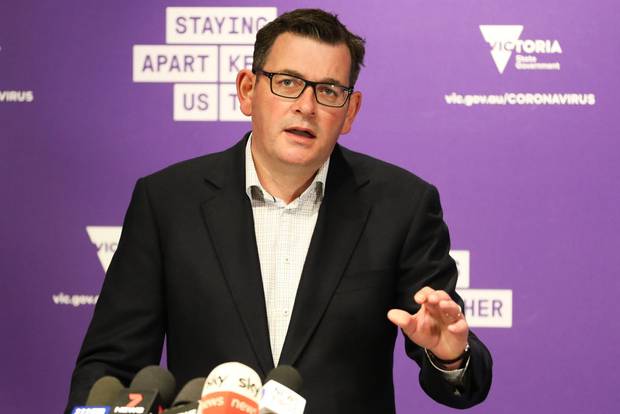 "I apologise to those who were doing the right thing but we have simply no choice but to move to that setting," he said.

"From now, there will be no exercise, if you are supposed to be isolating at home, you will need to stay in your home or on your property."

Andrews said those people can get "fresh air at the front door, in your front yard or back yard or opening a window".

"That's what you're going to have to do," he said.

"It's difficult to enforce this if people have a lawful excuse and if some people are going to use that to try and justify other decisions – they were at no point getting exercise. They were doing something else."

Andrews says the new restrictions are necessary because "we've got to achieve dramatically less movement, massive reductions in the number of people that are moving around the community and living their life as normal".

"Otherwise, we simply won't drive down these numbers and these restrictions in one form or another will be with us for an intolerably long time," he said.

"We could continue with stage three or variations of that but it would be six months and even then … I think 400 or 500 cases a day for six months is, in some respects, no different than getting thousands of cases each day in a more compressed, out-of-control phase, because you finish up being overwhelmed. You can't ever have enough people to provide that care."

'We're in a different phase now'

Andrews was asked why the rules were now being changed on outdoor exercise while in mandatory isolation.

"We've got community transmission, mystery cases, stage four, and we've got to get this done," the Premier said.

He said Victoria was in a "different phase now" and "it's not appropriate for the purposes of enforcement".

"You'd always like to have people able to get fresh air and exercise if they can but we're now moving into a different set of arrangements, as we face a very different challenge," he said. 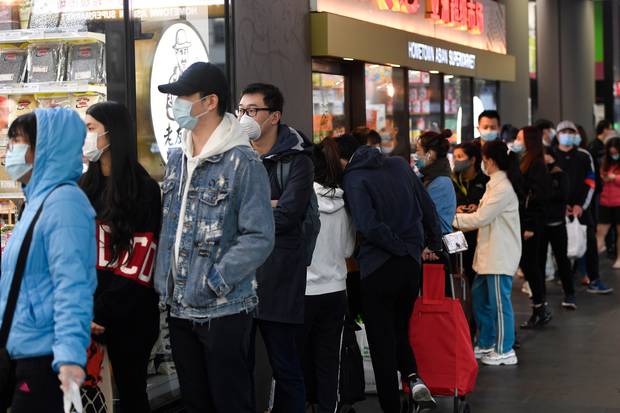 People line up to enter a supermarket hours before a citywide curfew is introduced in Melbourne. Photo / AP

"Again, I'm not so much about looking good, I'm about making sure we've got the right settings in place right now. We may need to add to this further."

Andrews said if he was "to be criticised for having a dynamic response, then fine".

"This is not a static enemy," he said.

"It moves. It changes. It moves wildly. It's wildly infectious. Circumstances change every hour and therefore you've got to make changes where that's appropriate."