More than 10,000 people have already signed up for New Zealand Herald digital subscriptions - smashing the company's annual target in less than six weeks.

In what has been described as the boldest media move on the New Zealand media landscape, nzherald.co.nz introduced its Premium paywall on April 30 - launching a new business revenue model by charging for its best and exclusive journalism.

The subscriptions model had placed a high value on the importance of quality journalism, Boggs said.

"We set ourselves a target of 10,000 paid subscribers within 12 months of our launch on April 30. I'm absolutely thrilled to confirm that we have signed up our 10,000th paid Herald Premium subscriber in less than six weeks," he said.

"I couldn't be more delighted for our hard-working editorial teams. Pleasingly, over 35 per cent of subscribers have opted for an annual subscription." 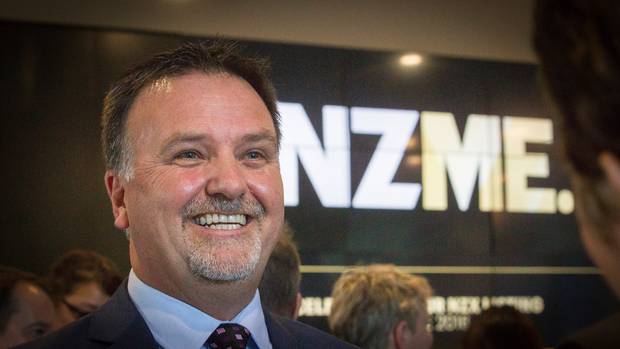 Boggs said NZME had based its initial subscription targets on a robust analysis of how other subscription services had launched overseas. These assessments were mostly based on how many digital users converted to paid up supporters.

"Our loyal readers have been buying our newspapers for decades and it's great to see so many putting that same value on the journalism that we deliver on our digital platforms as well."

Alexander said business and political stories were proving particularly popular in converting subscriptions, and the premium audience was highly engaged with the content.

"On top of the subscribers we've amassed, the other impressive number is the length of time Premium subscribers are spending on our site," Alexander said.

"On average, Premium readers accessing nzherald.co.nz via their web browser will spend three times longer with us than non-subscribers."

"Premium is a great addition to our impressive suite of digital properties which already achieve significant scale for our customers.

"While we'll take a moment to celebrate reaching the 10,000 paid digital subscribers mark, we also know NZ Herald Premium is part of a strategy that will deliver over the long term - not in weeks or months," said Boggs.

Overall, the NZME business is on track with its target of a reduction in debt of between $10 million and $15 million in FY 2019.

There are, however, some advertising headwinds, which have placed pressure on print advertising revenue, which dropped from a year earlier. But this has been offset to some degree by growth in radio and digital revenue.

Trading revenue for the business for the 2018 financial year was previously reported at $378.4 million, down 2 per cent from a year earlier.

The company has said that it expects to spend $1.2 million in calendar 2019 on its digital subscription service, including the cost of globally syndicated content and ongoing support.

Chair Peter Cullinane noted the decline in share price since the board introduced a new capital management policy to reduce debt and fund growth in the near-term.

"The board believes that this is in response to the move from being a high dividend yield business to one which is balancing investing in growth, debt repayment and dividends," he said.

"I note that it is the board's intention that NZME remain a dividend paying company."

Asked when the company might return to paying dividends, Cullinane said "as soon as possible" and there were three things to focus on: paying down debt, reward shareholder faith in the company and maintain sufficiant capital to grow.

Boggs said OneRoof's revenue growth was continuing and it now had 70 per cent of residential property listings. The property portal generated $700,000 of revenue in calendar 2018, of which $500,000 came in the final three months of the year.

Audience growth was given a significant boost in early December with the release of the OneRoof Quarterly Property Report, the third of which was released just last week with unique browsers increasing to 348,000 per week.