The National Party has opened a fresh line of attack on Cabinet Minister Phil Twyford, calling the Government's flagship policy of light rail to Auckland airport an "utter train wreck" that should cost Twyford the Transport portfolio.

But Twyford says his hands are clean and the only part of the process that has gone astray was the NZ Transport Agency's failure to carry out Cabinet's instructions to conduct a market assessment.

His view is supported by new chair of NZTA, Sir Brian Roche.

The Government is currently considering two bids for Auckland's light rail: an unsolicited one from NZ Infra, a joint venture between the New Zealand Super Fund and Canada's CDPQ Infra group, and one from the NZTA.

Concerns have been raised about delays to the project and potential cost blow-outs, but the Government has said there are no cost blowouts because no decision has been made about who will win the contract.

Labour campaigned in 2017 on building light rail in Auckland from the city to the airport, estimating at the time that it would cost $4b - based on work done by Auckland Transport. 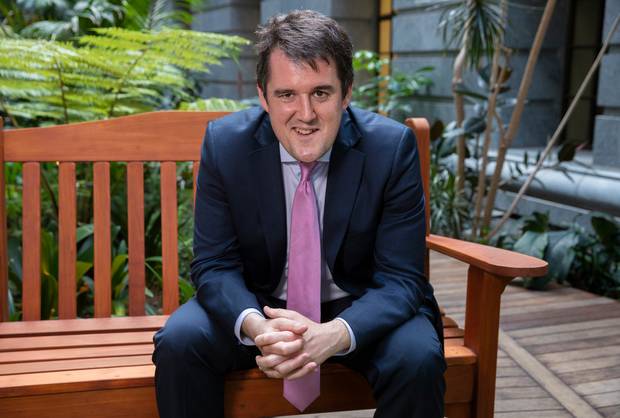 Roche said in a statement that NZTA failed to do that work adequately.

There is no indication that the NZTA's failure was in any way related to the light rail proposal that NZTA later put forward.

The Treasury and the Ministry of Transport have now taken over the assessment work, and Twyford said NZTA's mistake had delayed the project by six to eight months.

But he said that was the only part of the process that had fallen over.

National Party leader Simon Bridges and transport spokesman Chris Bishop said the buck stopped with Twyford, noting concerns about the project costing up to $10b and questioning whether it was the best use of money.

"It's been an utter, utter train wreck," Bishop said.

He said the process has been a mess from the beginning.

"Two years after the Prime Minister made this flagship promise, we have no business case, we have no costings, we have no route map, we don't even have an identification of the objectives of why they're doing it in the first place.

"If the Prime Minister had the courage of her convictions, she would remove Phil Twyford from the portfolio."

Bridges, a former Transport Minister, said that sources in the sector had told him that Twyford had struggled to choose between urban regeneration - which would be served by a rail line with many stops - or a rapid transit line to the airport with fewer stops.

"What's actually gone on here is that Phil Twyford has not for two years been able to make his mind up."

Ardern, who demoted Twyford after KiwiBuild's failure, said she had no concerns about Twyford's' management of Auckland light rail and referred to Roche's comments about NZTA dropping the ball.

She said that there had been issues at NZTA, including over vehicle safety checks, and that those problems were being fixed.

Twyford replaced most of the NZTA board last month, but he said it was because members' terms had expired.

He said the Government was committed to rail from the city to the airport, and would have more to say about the project in February, when the assessment will have finished.